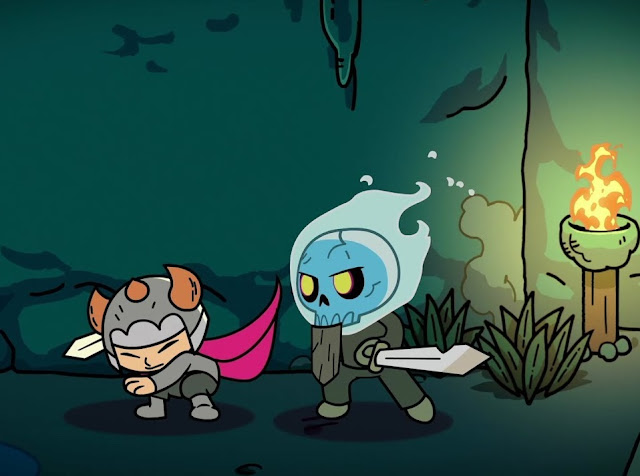 Roguelites are a dime a dozen these days. While they’ve come a (very) long way and bear almost no resemblance now to the original game that coined the moniker, titles that fall into this subset of procedurally generated titles are often a surefire hit on both indie and mainstream markets.

Maybe it’s how they have shorter levels and always bring something different to each level – a combination that works perfectly with our modern attention spans. Maybe it’s the fact that progression is easy to track and that you’re often immediately rewarded for getting stronger – also something that ties into our newfound need for instant gratification. Whatever it is, the roguelite formula is working, and The Swords of Ditto is a title that seeks to take advantage of that as the popular appeal of cute aesthetics.

Swords of Ditto is published by Devolver Digital, which automatically sets up the expectation that the title’s going to be thinking out of the box. Devolver’s always been good at finding games that pack an incredibly impactful and subversive punch, so it may come as a surprise that this latest offering doesn’t do much at all in the way of reinventing the wheel when it comes to procedurally generated bite-sized titles. 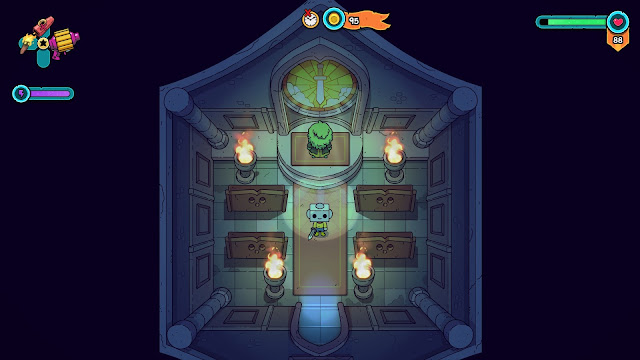 The premise of the game is simple. You’re the Chosen One, and your job is to save the world from the evil magical being that threatens to turn everything to custard. Of course, where Swords of Ditto breaks from the usual established formula of having to suffer some family trauma before such a discovery is about as unexpected as it gets. You wake up on the beach, presumably some sort of amnesiac, before a magical stag beetle appears and tells you that you’ve got to go thrash the witch of the world.

Once you’ve managed to find your special sword (which takes all of five minutes), you’re treated to some sporadic exposition as you beat up all manner of magical monsters in peaceful-looking locales, only to die horrifically to your nemesis once you encounter her. However, this death is where the true game begins: 100 years later, after the world has suffered from the calamitous uprising of the witch that killed the Chosen One, a magical stag beetle appears in the bedroom of a small child, ready to thrust that heavy mantle upon them once more.

And, as you may already have guessed, you find out that this is game about legacies. This is a game where your individual choices may not matter very much, but whether your live or die is the real kicker. The big bad comes around every 100 years to have another whack at destroying the universe, and whether or not the last Chosen One put them to bed or died in the attempt will have an impact on the world around you. 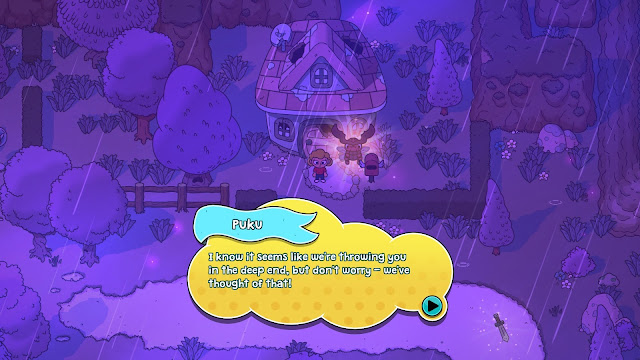 If you’re unlucky enough to die during one of those attempts, then the world falls into a purple-tinged haze and gets just a little more evil. This could take the form of enemies appearing to spawn more frequently, different types of enemies making an appearance, and enemies simply being a higher level that you are serving as some sort of deadly roadblock to certain areas.Those areas themselves are where the procedurally-generated aspect comes in, randomising landscapes and crucial areas that may contain the key to victory.

Changes to the map aside, the game’s main hub also gets a little bit more dilapidated. While it never gets to the point where kids in the town have to barter off their gaming consoles, it gets pretty dire and well, ugly. Everything gets overgrown, the NPCs get a little grumpier and morbid, and there’s a general air of regret about how bad things have been lately. On the other hand, scoring a victory will spruce up the place, making everything more pleasant and ensuring that putting down the Big Bad is made easier by virtue of your past experience.

There have been some Legend of Zelda comparisons drawn so far, which aren’t entirely accurate. This game plays out nothing like the linear adventure that the Zelda games turn out to be, and there’s a lot less puzzle-solving to be done when you enter the predictably named “dungeons”. The gameplay loop is reasonably sparse, and it’s exactly as described above: hit things, find the Master Sword, defeat the evil with it, and repeat. Well, it’s not called the Master Sword, but you’ve got to pull it out of the ground and that’s about the only reference that you can truly consider Miyamoto-lite. 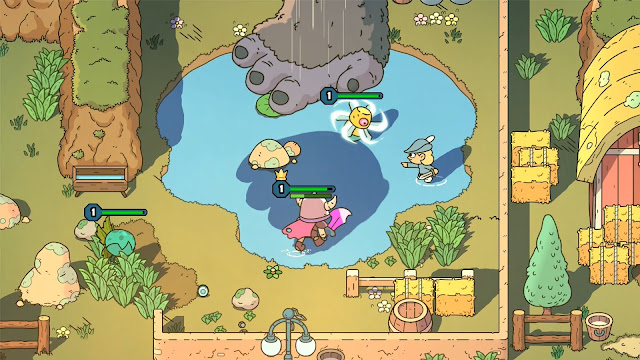 Swords of Ditto does try hard to distinguish itself from these comparisons by virtue of its overwhelming fixation with telling you that you’re a child. Usually this sort of thing would spark all kinds of empathy reactions, but if you’re the kind of person who thinks that Kratos was a great parent then you’re going to be entirely immune to relating to the recyclable player characters. Your weapons are referred to as toys, you get to add extra stickers to your roster, and most of your consumables could have been taken straight from Willy Wonka’s.

Persisting with the idea is a nice change of pace from the decidedly more adult roguelites that populate the market, and it’s always nice to see a game tackle a seemingly deadly premise with literal childlike wonder. However, it’s something that’s been done before, and it’s hard to say that there’s any real emotional rhyme or reason to this when you’re largely silent as the protagonist, not to mention the fact that you’ll spend too much time dead to relate to anyone or anything.

It’s important to note that despite the above assessment, Swords of Ditto is in no way infantilising in its gameplay. It’s real hard work, especially if you’ve gotten into the habit of repeatedly getting your butt kicked during sequential resurrections. However, it never truly feels unfair, and it may be the candy-coated aesthetic that keeps any true frustration at bay. In fact, throwing yourself headfirst into the world of Swords of Ditto is probably the best way to experience it. Worrying overly about strategy and the use of one’s time could be a good way to beat the game (this will have to happen multiple times for you to get the true ending), but it’s also not nearly as cathartic as smashing a toy sword into the skulls of your enemies and looking adorable while doing it. This is a game that knows it’s nothing more than light-hearted fun, and there’s absolutely nothing wrong with that. Sure, it can feel a little too cheesy to be palatable at times, but the developers have cooked up a perfectly satisfying meal for the enjoyment of you, your great-grandchildren, and your great-great-grandchildren after them.