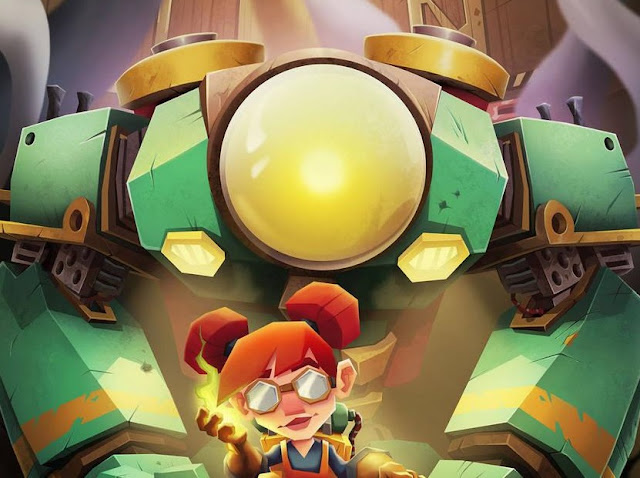 Vesta is a puzzle game disguised as an isometric action-adventure game; brought to life by a FinalBoss Games, a developer team of only five people. I admit that puzzle games normally aren’t my forte but over the past six months I have opened myself up to playing them and I’ve even begun to enjoy them. Therefore, I was eager to try Vesta both for the fact it was a puzzle game and because I was playing it on the Nintendo Switch.

The game has you controlling two different characters simultaneously. The titular character Vesta is a young girl who alongside her droid companion – endearingly named Droid – traverse a desolate yet technologically advanced facility in the hopes of reaching a supercomputer called “Mum”. In this droid-ridden factory Vesta is the last remnant of humanity and as she makes her way towards “Mum” the story as to what happened to the rest of humanity slowly unfolds and all is not as it seems.

Vesta and Droid each have strengths that are necessary to complete each level filled with angry robots, pools of acid and puzzles that draw from both of the pairs unique abilities. Vesta herself is rather weak and will die after being hit by a single enemy shot. Vesta’s abilities come in the form of her being able to collect battery packs; taking them from enemies to deactivate them and placing them in other objects; such as lifts, impenetrable force fields and conveyor belts to make your way further through each level. 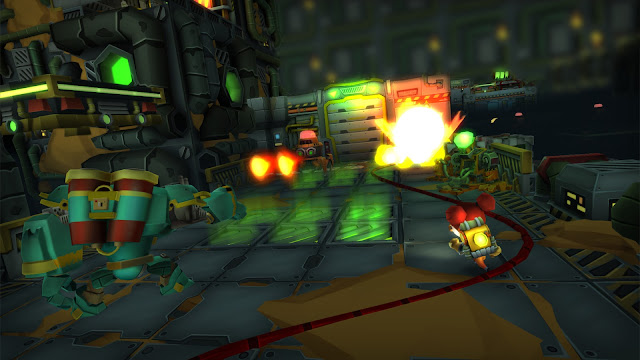 Droid’s ability allows you to shoot both enemies and objects with its blasters. This allows you to incapacitate enemy droids for a short period of time. It is only then that Vesta can quickly remove the battery pack from the droid to permanently stop it functioning and removing the threat. Doing this is Droids way of following the Three Laws rule which prevents Vesta from harm. Blasting objects is necessarily to get past certain areas and to find secrets hidden throughout the level; which are the games collectables and are scattered throughout the thirty-six levels. Because Droid is a lot larger than its small companion, it can also push and pull large crates around a room and pick up Vesta which not only allows the player to move both characters at once with ease but allows Droid to throw Vesta across crevasses which are otherwise inaccessible. Switching between the two characters is as simple as pushing X on the Nintendo Switch.

Vesta does a good job at teaching you the fundamental puzzle mechanics before subjecting you to the harder levels. Although the game is simple mechanically, later on through the game the puzzles become rather challenging due to the fact that there is only one possible way to complete each level. Putting an energy pack into the wrong object and going a certain way often results in the player needing to return to the previous checkpoint or even having to restart the whole level. Even after making your way to the end of the level you need a certain amount of energy packs in your possession to move on which again results in the before mentioned backtracking and restarting. This happened often enough that at times the game at times could become frustrating.

The boss fights at the end of the levels are what you would expect from the game. The player must masterfully control both Vesta and Droid; using Droid to incapacitate the boss whilst Vesta removes the numerous energy packs. This is the only time throughout the game that the controls seemed to work against what the game wanted. The faster pace of the boss battles as opposed to regular game play elements was rather difficult as it always felt like whatever actions I inputted were too slow which resulted in an unwarranted death. 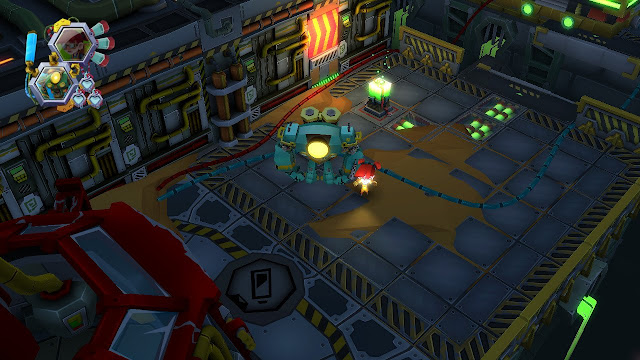 The story itself seems to solely exist as a neat little bow to tie the game together; although it does it relatively well. As soon as you begin the game you are greeted with wonderful motion comic cut-scenes that are the bread-and-butter of the storytelling. However, the game does continue to provide snippets of story through interactions with other droids throughout the game and reading the rather unnerving journal entries left behind from previous human inhabitants.

It is clear from the beginning that there is more than meets the eye regarding the A.I that has been working with you to get you ready for the day you will leave and begin your search for MUM. The question just remains as to how and when will Vesta herself discover the truth. Which, personally I think is a bit above the ability level of a six-year-old girl. I was surprised when she was introduced as six at the beginning of the game. She doesn’t look six, her vocabulary far extends that of any six-year-old I’ve ever met and it’s just an interesting choice. There’s never a mention as to why she is more advanced than the average six-year-old which could have been an interesting story development. If Finalboss Games didn’t include an age for Vesta I would have personally assumed she was around eleven or twelve years of age. Still young of course but at the same time much more capable. It’s not an issue but just more of an intriguing choice by the developer.

Graphically the motion comic cut-scenes are wonderful and did an amazing job at peaking my interest instantly. The in-game graphics themselves leave a lot to be desired. The environments are very bleak using a palette of few colours. The overall colour scheme does suit the dystopian feel of the game but it felt like there more. After spending hours playing the game, the graphics tend to become repetitive which is amplified by the fact that there isn’t a lot of variety when it comes to the enemy droids throughout the game. The soundtrack whilst not memorable was still nice to listen to during my time with the game. 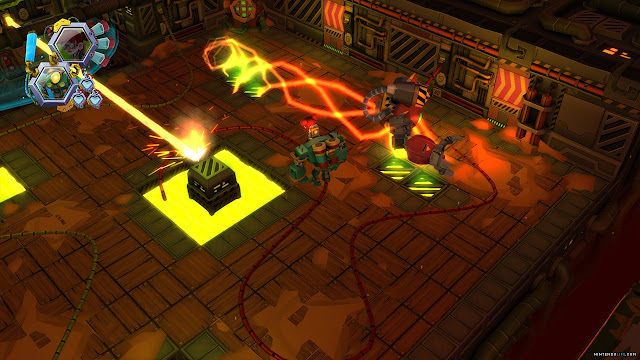 Vesta is a decent isometric puzzle game as whilst it manages to implement a two-character system relatively well, there’s still moments where that key aspect of the game is its own downfall. The fact that the game forces you to restart the level when you’ve made a mistake in a puzzle as opposed to going back to rectify your mistake is incredibly frustrating at worst and a mild inconvenience at best. If you are someone who really enjoys puzzle games and is happy to repeat levels numerous times until you’ve discovered the solution than Vesta is the game for you. Otherwise, the gameplay isn’t enough to carry the simple story and Vesta shouldn’t be played in anticipation of the engrossing dystopian tale that it initially promises.

The original Hyperdimension Neptunia story is coming to PlayStation 4