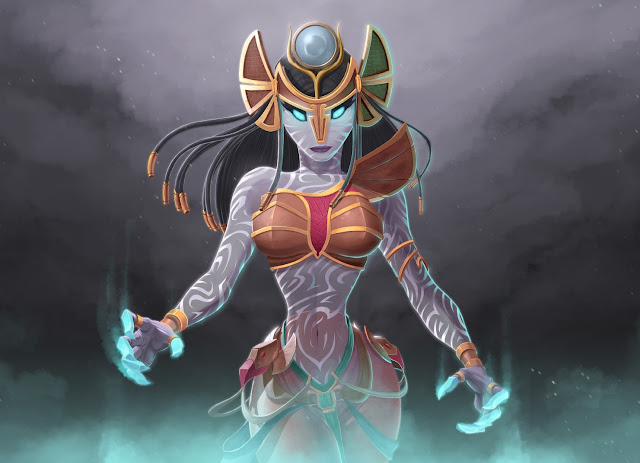 Roguelike FPSers are a rather specific genre, but I do like them. If done well they’ll be fast paced, high action shooters, reminiscent of the Dooms and Heretics of old, and that random level design means that these games can be interesting to play and replay well after a standard shooter has outworn its welcome.

Immortal Redneck is an enjoyable example of the shooter. Set in a fantasy Egypt, you’ll find yourself making your way through pyramids, mowing down hordes of enemies, collecting loot, and then finally being killed. You’ll return to the hub area, use the loot to power your characters up, then head back into the dungeon, at which point your improved character will get just that little bit further. And then you’ll die again, with a little more loot.

Is it a grind? Absolutely! That’s entirely the point of roguelikes, and thanks to the game’s randomisation, that grind never actually gets boring. In fact, Immortal Redneck does a better job than most roguelikes in making something of the random design; too many of these games offer an endless succession of empty rooms to move between, but Immortal Redneck has far more intricate room designs, with multiple tiers, platforms to jump between, and so on. Indeed the game feels like it isn’t randomised at all at times, because the level design does play like it has been very carefully designed, which is genuinely impressive. I thought at first that repetition would become this game’s crux instead; that the careful design of so many of the rooms would mean the developers were unable to produce so many of them, and you’d see too many of them too frequently for the game’s own good. Happily this isn’t the case either. There is some repetition, but nothing that becomes intolerable.

The difficulty curve is really impressive too. Each time I “delved” into the pyramids I felt that little bit more capable because of the upgrades I’d bought. And generally speaking (unless the gods of randomisation really decided to hit me hard) I would get a bit further. But not too far. At almost every attempt of a dungeon I would hit a wall and get trounced. This is important for the roguelike. It should feel like pushing through a series of barriers, slowly, on the way to the final goal, and the game does a brilliant job of doing just enough to keep you coming back for “one more turn.” It makes that run when you finally manage to take down the boss all the more rewarding. I will say that compared to some other examples of the roguelike, skill feels like it plays less of a role in Immortal Redneck and other roguelike FPSers, and I was left wondering whether progress was as much a result of my improved stats and equipment than my ability to read the game and deal with the hordes, but that’s a mild issue, and when I was playing the game itself, I was too engrossed in the gameplay loops to even pay attention.

What does irritate me a great deal more, is the protagonist. Why, on earth, would you want to make a redneck the protagonist of your game? Of any game? Rednecks aren’t people you want to get along with. They’re not funny. But when they’re portrayed like this, there’s a romanticism about what rednecks are and stand for that’s similar to the way we have an odd appreciation and respect for bogans here in Australia in the way that they’re depicted in the media, and I just don’t understand it. What makes it worse here is that it’s set against a fantasy Egyptian setting, and the game does a great job of playing to that setting. Envrionments are rich with colour and detail. Monsters are fascinating takes from Egyptian stories and mythology. Sure it’s all “gone in a flash” stuff because you’re so busy shooting everything while dodging out of the way of incoming enemy fire, but in those quieter moments this was a setting that I really should have enjoyed.

Instead the game kept reminding me that my avatar in the game was a bloody redneck. Not only did that contrast fail to amuse me (though I think that was the intention), but that dissonance between protagonist and dragged down the entire setting after a while. I like my games to maintain a consistency across the experience, and that doesn’t happen when the protagonist feels like he belongs in a different game. Yes, the game gives you what it says on the box – I mean, if you go into Immortal Redneck and don’t expect to be playing as a redneck, you’re probably not paying enough attention. And yes, “story” isn’t the most important thing when it comes to roguelike FPSers, but in terms of the broader narrative this game is disappointing because it had all the makings of an amazing setting, but lets itself down by being so jarring. And while it might seem like something minor, try playing any game where you intensely dislike the protagonist and see how far you get through it. 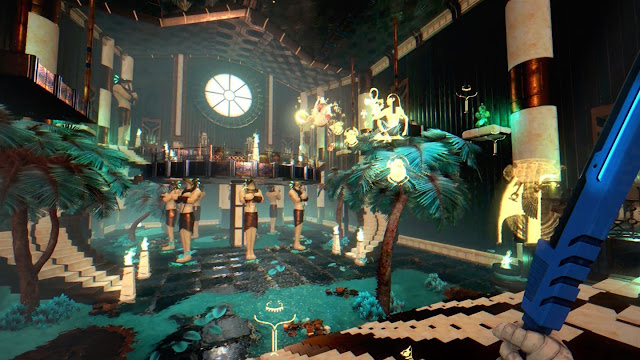 Otherwise, Immortal Redneck is a blast of a game in a genre that we don’t see enough of. It’s not the first roguelike FPS that we’ve seen on PlayStation 4, and I wouldn’t say it’s the best, either. It does, however, have an exceptional aesthetic, clever level design, clean action, a decent difficulty curve, and plenty of longevity. A very worthy action game indeed.