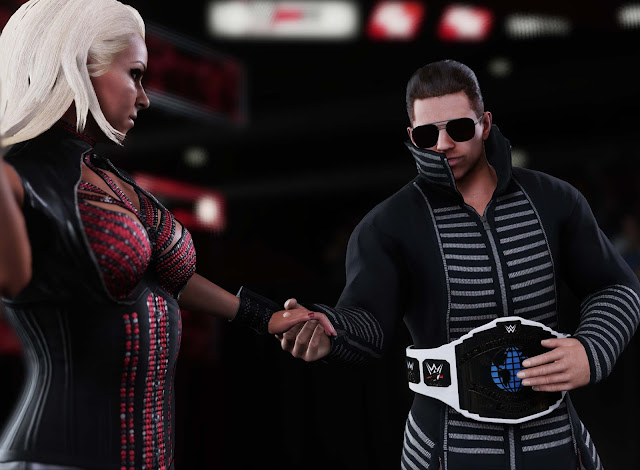 WWE2K18 cover star Seth Rollins has a new catchphrase in WWE: “burn it down”. This could not be a more apt saying for WWE2K18 on the Switch.

It should be acknowledged that pro-wrestling, just like video games and anime, is a form of art, and when done correctly it can be a very beautiful thing. Back in the Nintendo 64 and PlayStation One days, THQ had acquired the rights to the WWE brand, and set out to have two different developers work on separate versions of WWE games due to the vastly different hardware. What Nintendo 64 owners received was WWF Wrestlemania 2000 and WWF No Mercy, the latter of which is still considered one of the greatest recreations of what happens in the ring to this very day. What PlayStation owners received was the Smackdown! series of games, which has always been hit and miss, and is the series that eventually evolved into the WWE2K games we get today. I wish it was the other “franchise” that persisted on, because the idea of recreating art in these games is pretty much futile.

I’m not sure where things went wrong between the WWE and THQ, because the problems that were had since the mid-2000s still haven’t been addressed over a decade later. When 2K games acquired the series in 2014, fans thought the games would get a loving makeover to bring it up to the quality of the NBA 2K series. Instead of this, we have ultimately received rushed games on a yearly basis that barely upgraded from the year before. Every time a WWE game would get patches, the patch-notes would be 10 pages long. It’s clear that either 2K or the WWE itself are demanding these are being released on yearly basis and, as a result of the games not having the budget of something like FIFA to be able to cope with annual itirations, the development team just have no time to start fresh. 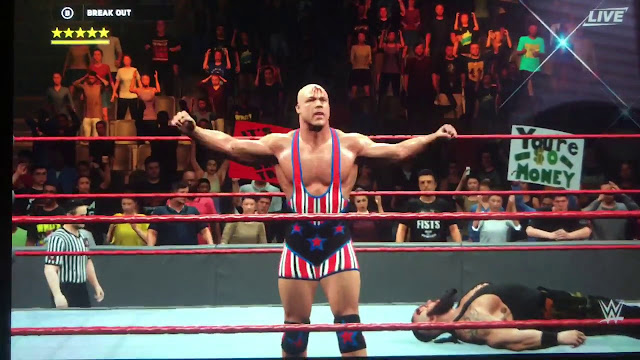 These aren’t even the beginning of the problems on the Switch port. What we ended up with in terms of a pro-wrestling game on Switch is a visually downgraded version of what is already available on the PlayStation 4 and Xbox One consoles. I have never been bothered with visual downgrades, as long as the gameplay itself isn’t affected, but not only do all the wrestlers look like ghouls without souls, the game itself runs at about 50 per cent of the speed as other consoles. That in itself could have been fine, and allowed for some more tactical thinking, but the delay between pressing a button and having something happen on screen is more than a second, so it is nigh impossible to kick out of pins, reverse other wrestlers’ moves, and so on. The less said about there being more than two wrestlers in the ring at once the better, as the speed slows down even further. In fact, the eight-wrestler matches were removed completely, showing that the developer knew these issues were in place before releasing the game.

Wrestler entrances are hit by the slowdown too, so dramatic entrances designed by the wrestlers to react to cues in the music are completely off. Bobby Roode’s Glorious Domination, one of the best modern-day entrances, is completely destroyed by having Bobby Roode wave his arms in the air a good three seconds after the audio cue without fail.

As far as the content in the game goes, there is a lot to do in WWE 2K18, which is probably part of the reason why these games are consistently bad. There are over 170 members of the roster, each with their own entrances, move sets and statistics. Though when I say over 170 wrestlers, almost a quarter of them are alternate versions of the same wrestler from a different time period. I don’t think most people would care if these were simply unlockable costumes if it meant that the effort could be utilised to make improvements elsewhere. WWE Universe mode allows the player to control the WWE to their liking. Unfortunately, it is a carbon copy of the same mode in WWE 2K17, meaning that despite 205 Live being a show that’s now over a year old, it can’t be recreated faithfully in WWE Universe mode due to the lack of options when creating a show. Similarly, there’s no real way to create WWE Network specials in WWE Universe mode either, so while you can control the WWE Universe, you can’t control two major Championships or their divisions, the Cruiserweight Championship or the UK Championship. 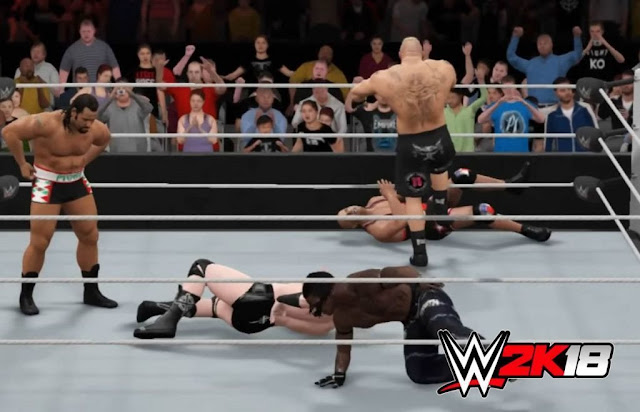 The MyCareer mode is pretty woeful on the Switch as well. While it harkens back to the old PlayStation 2 career modes, enabling the focus wrestler to develop relationships with other wrestlers, building allies and rivalries in the process, just about everything that happens requires the game to go back to the loading screen, often taking 2 minutes or more to load the next segment. Just talking to my trainer, my producer, having my match and ending my night takes over 20 minutes. I can’t imagine having to try to get through a whole career. WWE 2K19 would be out by the time I made it to my first Royal Rumble, and that’s just because of the loading times.

There’s also an online mode called Road to Glory. Unfortunately, I can only imagine that those who already own this game have already fled as I couldn’t find an online matchup at all.

There are small glimmers of hope. Each year brings new systems within gameplay to try and replicate the artistry of pro-wrestling. This year, we have been given a carry system. This allows us to start a move, and them stop mid-move in order to either delay the move itself or transition it into a different move entirely. It’s pretty rad in theory but the technical limitations of the game cause this new system to fall on its head. 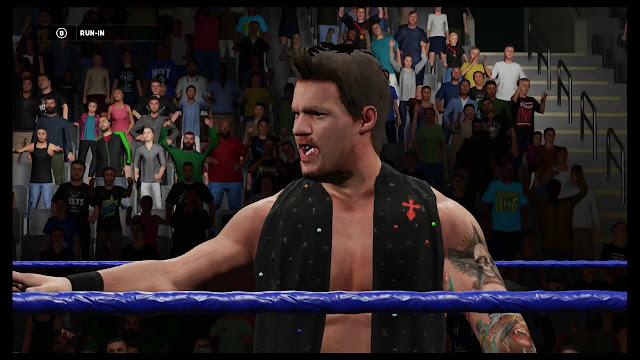 The ever-present wrestler creations are as always incredibly detailed. There are so many options that you could potentially create just about anyone on the planet, existing or not. Creating entrances for them is also very detailed and there are near limitless options for creating your own personalised wrestler.

As I type this review, I have Cactus Jack vs Sting from Bash at the Beach ’92 playing in the background. As I glance up at the match, it is a timely reminder that there is no possible way that exciting, unforgettable moments can be made in the WWE 2K games. The fact that this is a terrible port on the Nintendo Switch only makes things worse. All I can hope for at this point is to have a developer show up with a vision, a way to turn the WWE series around and begin from scratch. Perhaps next year. The Nintendo Switch would be a perfect platform to start from scratch and create something truly magical that does the art of pro-wrestling the justice it deserves.