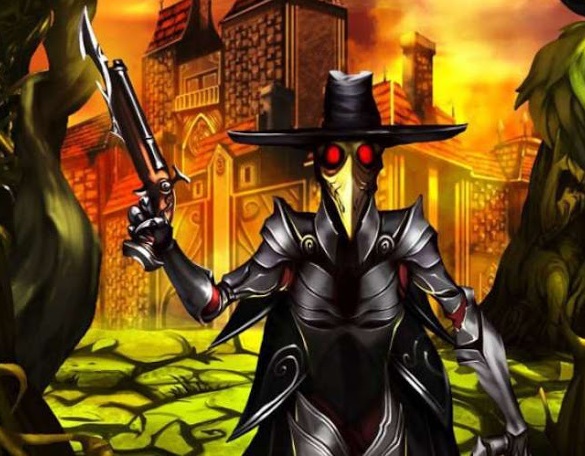 Plague Road frustrates me, because it is so good, and yet there should be so much more to it. It’s plays beautifully, looks superb, is a lot of fun, and offers just the right balance of challenge. It’s good enough that after playing it a great deal on the PlayStation Vita, I’ve now also spent a lot of time playing it on the Switch. But for all it gets right, it could have been something greater still.

Plague Road is a roguelike dark fantasy, with a mish-mash of Victorian, steampunk, the gothic, and other popular aesthetic genres thrown together to create something that is completely foreign to any real world setting, and has its issues, but one thing that is undeniable is that it is quite gorgeous to behold. The detail and effort that has gone into character and environment designs makes this as beautiful as anything else that you’ll see on the Nintendo Switch. You play as a plague doctor, terrifying beak mask and all, and your job is to make your way deep into a disease-riddled city, rescuing destitute people along the way and fighting through legions of those people and monsters that have succumbed to the plague. That journey from one environment to the next is a breathtaking visual spectacle.

However, as good as it looks, because the game doesn’t root itself in any one setting, the mish-mash of aesthetics also appears nondescript, as though the development team just pulled together everything that they thought was cool and stitched it all together without any real purpose to it all. So, in contrast to other dark fantasies that have more clearly defined settings, such as Darkest Dungeon, Bloodborne or Nioh, Plague Road lacks the consistency and context to really draw the player into the world. With no link to a time or place in history or the arts to “fill in” the gaps, Plague Road doesn’t have that sense of lore or setting to make it a really compelling place to explore. It’s tantalisingly close to offering something rich, but ultimately it draws up hollow. 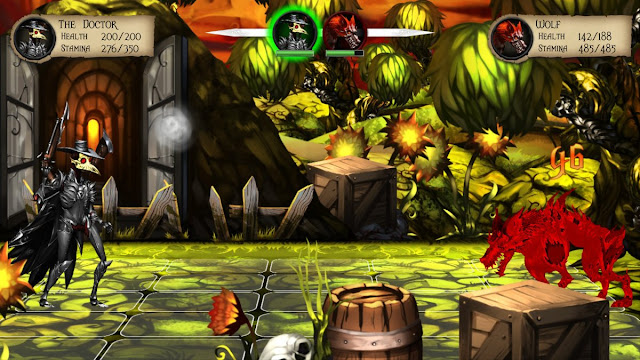 It doesn’t help that the major narrative moments are delivered through poetry, which is fine enough, and written well, but narrated by Jim Sterling, and that’s the game’s single biggest problem. Sterling is an excellent orator and has a distinctive voice which does lend Plague Road a sense of star power – particularly for people who spend enough time in the gaming community to have a good sense for who Sterling is. However, Sterling is also a provocateur and has a largely comedic personality, and that doesn’t gel well at all with the kind of atmosphere that Plague Road otherwise works so hard for. Every time I hear his voice floating in, I’m thinking less about the plague-ridden city of danger in front of my doctor, and more about what new swear words Sterling will come up with next to describe Konami, Ubisoft or Steam. This game is a lesson in being careful when casting big personalities for your game; you really should make sure you find one that fits the theme of the game. Nothing else about Plague Road is outrageously satirical, so Sterling was a very poor casting choice.

Plague Road plays so well though. It’s a roguelike, in that there is both permadeath and procedurally generated environments to explore. The doctor wanders around landscapes that are effectively 2D, looking for doorways or exits to access the next area. Along the way he’ll run into enemies to fight, treasure chests, and civilians to rescue.

When a civilian is rescued, he or she will return back to a “farm”, where the doctor also retreats when he “dies”. Those civilians, once rescued, then become different kinds of allies – engineers, soldiers, witches, healers and the like, who can then be recruited into a battle party for the doctor’s next attempt to reach the blighted city. When those allies die, they’re gone for good, so of course you’re going to need to carefully weigh up whether it’s worth taking along a particularly powerful ally for an attempt, or save them to try to build up towards a really powerful party. Allies can also be “retired”, which allows you to level up various facilities on the farm, and further power up the doctor and his allies. 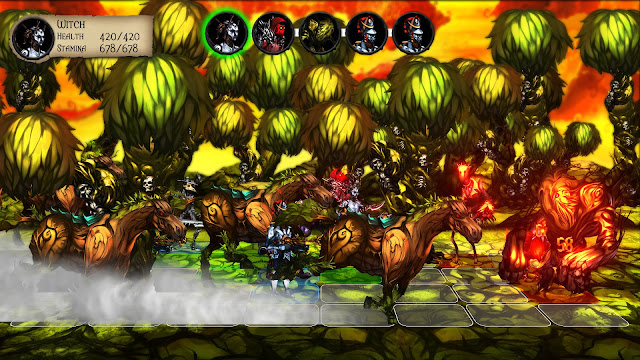 So you’ll build a party with the doctor, bring them into the “dungeon,” fight enemies, rescue a few more heroes, and then do it all again when the doctor finally runs out of health. It’s a grind, as most roguelikes are, but it’s a good one, thanks to a great tactical combat system and a great mix of allies to choose between. Learning how to build an effective party and slowly being able to push deeper and deeper into the dungeon is agreeable stuff, and while there will be times where you feel like you don’t make any progress (because the random enemy placement and dungeons layouts will sometimes wipe your party out before you can make much progress at all), you’ll never feel like you’re stuck completely.

For a game made by such a small team, Plague Road drips with genuine quality. Mechanically, it’s a tight, efficient roguelike that gets the core gameplay loop down perfectly, which means that it can be very hard to put down. Some misfires in how the game is themed and presentation let it down, however. It’s not quite as cohesive as I wanted it to be, and while the art style is tantalising, the game ultimately fails to build the lore and fiction that it needed to give it the depth it needed to be something truly special.