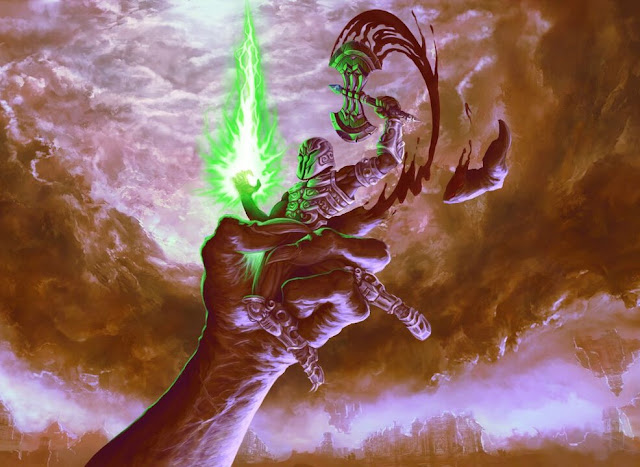 Everyone thinks I hate FPSers, but actually back in the days of DOOM (original) and Wolfenstein (original), I loved me some shooter action. My favourite of all (well, aside from Magic Carpet if you count that as a FPS) was Heretic.

Heretic was a dark fantasy shooter that combined medieval-style weapons and gothic-style enemies with Doom-like level design, and as someone who liked his Dungeons & Dragons, that was an appealing mix indeed. Hexen came along after that and arguably did an even better job but since then I’ve been yearning for a game to give me the throwback to the Heretic I was obsessed with as a youth.

Now, thanks to an Aussie developer, that looks like it’s happening. Publisher New Blood, and developer Indefatigable have announced Amid Evil, and its Heretic influences are extensive and explicit. Feature list, according to the press release, and trailer below:

SEVEN distinct episodes each featuring a completely different setting and enemies
LUDICROUS magical weaponry that can be overcharged with the souls of the dead
BRUTAL and adaptive enemy AI that will hunt you down over land, sea and air
SPRAWLING non-linear levels filled with secrets and ancient lore
MULTITUDES of in-game options and cheat codes for a truly “Golden PC Age” experience
BUILT in Unreal Engine 4 for cutting edge visuals (even if they are a bit retro)
OPTIMISED to run on a toaster (a pretty nice toaster)
EPIC original and dynamic soundtrack composed by Andrew Hulshult

I do so hope this gets a console release.