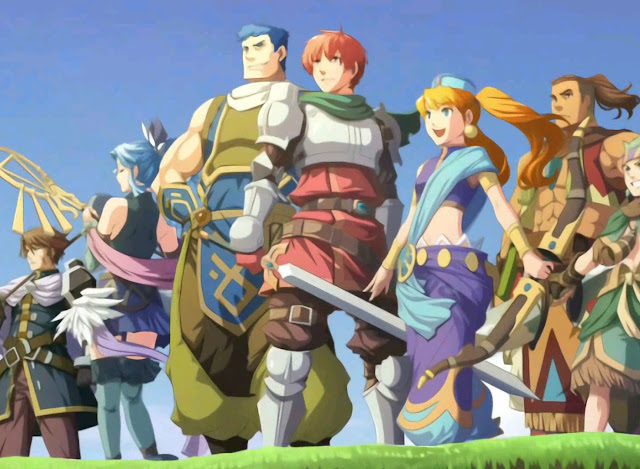 Over the past year Falcom has really been showing love to its fans in the PC market. Following on the back of last year’s PS2 to PC port of Ys: The Ark of Napishtim, this year is seeing the PSP to PC port of Ys Seven which may even be better now than it was then.

Until the release of Lacrimosa of Dana, Seven, which released years ago, is the latest entry into the Ys series. Unlike the other entries (short of the remake of Memories of Celceta that came after on the Vita), Seven sparked a new direction for the series. For the first time the iconic red haired protagonist Adol Christin no longer had to fight and explore on his own. Joined by his best friend Dogi, they set out on a new adventure to explore an island with giant monsters, radiating powers of ancient dragons and some good old fashioned dungeon crawling.

Starting off at the beginning of the adventure, Seven likes to poke a bit of fun at itself with the fact that Adol, who boarded a ship, actually made it safely to his destination. Series fans know that never happens. Once there a bit of the classic JRPG build comes into place as now that you’ve landed, you, as Adol, need to figure out exactly what to do next. Moving around town is done simply by walking or rolling around (because somehow it’s a faster mode of transportation) and talking to people to get a better sense of this country that has been locked off from adventurers and travellers for some time because it was at war with another nation. 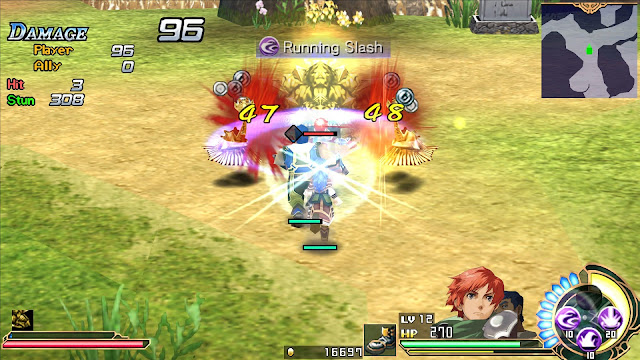 Knowing and finding out more details about this country helps set the pace of the adventure. Security is higher with plenty of soldiers seen roaming around. Leaving town is strictly forbidden to outsiders and they aren’t very friendly to those that are there much less their lower class. This eventually leads Adol and Dogi to be thrown into prison for doing what they do best (meddling) before being let out and simultaneously granted an audience with the King. With a new goal set for the adventure, these two set out as they try not to get caught up in more of this country’s politics.

The scope of the Ys series has always been grand and Seven is no exception. The areas you explore are vast and interconnecting with plenty of enemies to defeat along the way. It’s within these situations that the new elements to the series come into play. In addition to making some strides in terms of presentation, Seven also brought the series forward by revamping the combat system.

Using a rock/paper/scissors mechanic, Adol and the rest of the party will all have something that they personally excel at. Slashing, piercing and blunt force can all be effective under the right circumstances as some enemies are almost liquid soft while others are as hard as stone. In order to better showcase each character’s prowess to deal with the various threats, they can at anytime while exploring be instantly swapped between in order to keep the tide of battle in your favor. While standard enemies will be focused more as a one on one, many of the larger bosses will require a proper use of the different characters in order to bring them down efficiently. 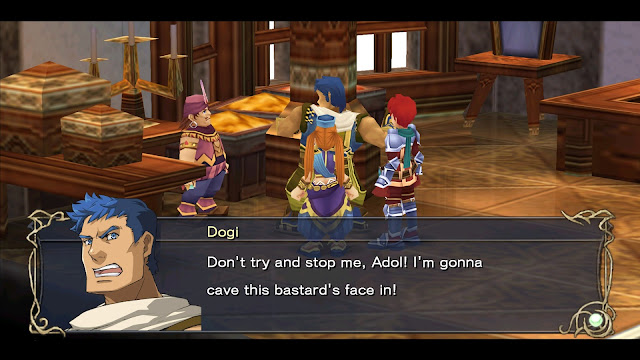 As time goes on, these enemies get stronger and it’s easy to simply think that because you leveled up that you’ll be fine. If you’ve never had the chance to dive into an Ys title with Adol, that line of reasoning would be very false. Being a very old series, the core concepts have not changed. If you make mistakes in the field or against a boss, you’ll pay the price. Leveling up and buying new gear will only take you so far which makes using Seven’s new features so important in order to make it further.

There are more gameplay elements to help out such as the ability to charge up an attack in order to accumulate SP. This SP allows each character to use abilities that can be leveled up over time as they are used. The skills themselves can be learnt from buying or synthesizing new gear and like any adventure, some will work better for certain people while others are just amazing and everyone will agree that they are must-haves. At the end of the day you’ll want to learn them all to cover any sort of situation.

All of these features come together in order to enhance the adventure. Running around the fields is fun but a large portion of the storytelling is in the adventure and with this series it always has been. Talking with various people will enrich the environments but the trials that Adol, and now his party, will go through are really what brings it all together for a well balanced package. 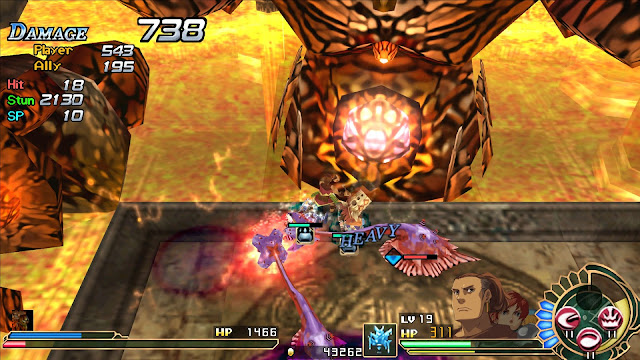 The biggest and most notable change of the PC release is in the graphics and in the performance. While it has been possible to play the PSP version through the Vita for a boost, the amount of work behind this upgraded version is clear to see. Everything from the character models to the environments and the enemies therein are a lot more crisp in detail making the viewing on a larger screen very enjoyable.

Related reading: For a remaster of the very first Ys, DotEmu has an iPad release you might be interested in. Matt reviews.

Ys Seven was already a solid experience and the upgrades that it has received for the PC make it even better. Like the Ark of Napishtim, bringing Seven over was a great idea as it continues Adol’s adventure for all those that never did either move to a console market or have the chance to pick it up back in the day.