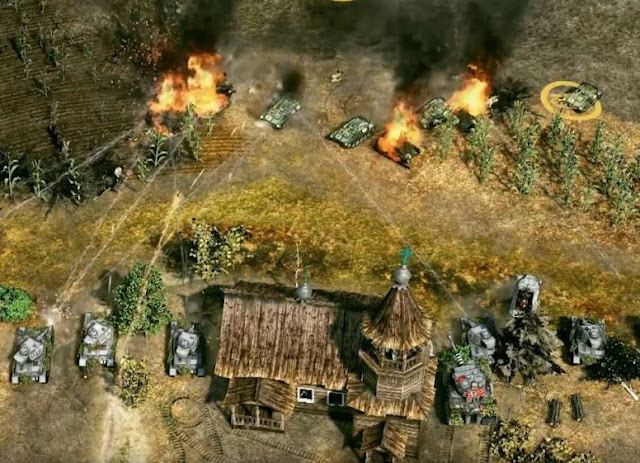 It wasn’t so long ago that it would have been completely unthinkable to put a game like Sudden Strike 4 on console. The conventional wisdom was that there was no way a game controller could possibly do an adequate job with the RTS genre, particularly those RTSes that involved a lot of units and the need to move a lot of them independently to one another. But here we are with the PlayStation 4, which has already proven itself with the other strategy sub-genres with titles like Nobunaga’s Ambition and Grand Ages, and now we have Sudden Strike 4 to enjoy on it. It’s not perfect and clearly built as a PC mouse-and-keyboard game first and foremost, but it does a decent job nonetheless.

Related reading: Another (but much slower-paced) strategy game on PS4 is Grand Ages Medieval. Matt’s review.

For those unfamiliar with the Sudden Strike series; Sudden Strike is a series of serious RTS titles focused on key battles throughout World War 2. Sudden Strike 4 in particular aims for authenticity by accurately simulating the kinds of forces that participated in the various battles, and places you in control of a number of different commanders through the period, each with their own skill trees and abilities, based on their strengths as generals in the actual war. The end result is something that’s not completely accurate, since, as a video game, realism doesn’t always work, but there is a genuine sense that the developers have done their homework to represent each of the battles in such a way that has historic merit.

There are three different campaigns to play through; the Germans, the Soviets, and the Allies (principally the English and the Americans), and that was one of the things that I appreciated about Sudden Strike from the outset; in aiming to be a dry simulation of tactical-level combat through World War 2, it doesn’t get hung up in the kind of forced, flag-waving moralising that plagues shooters like Battlefield and Call of Duty to the point that they become propaganda, and in turn start to promote ideas around nationalism and military hero worship. The only storytelling that’s really present in Sudden Strike is a diary that concludes each battle, from the perspective of whichever general you’re controlling. These diaries are the thoughts of soldiers too busy following their orders than to contemplate the grander ideologies of what they’re doing, so there’s no heroism, no good vs. evil, or goodies vs. baddies. Just a dry recount of what happened. 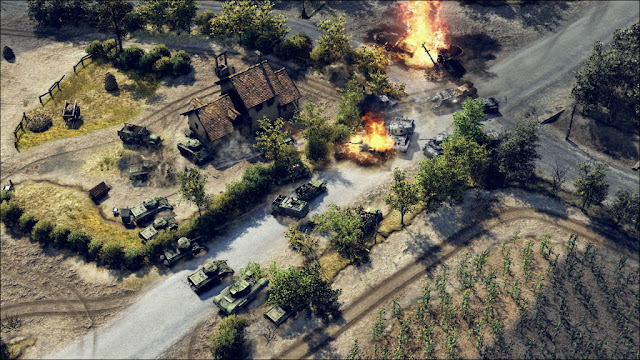 It’s important, because while I find military shooters generally distasteful because they are ideological in nature, I find strategy games like Sudden Strike to be valuable. It’s important to understand how the battles played out, and it’s important to understand the extent of the losses, on both sides. The world gains nothing from people being ignorant of what happened in World War 2, and nor does it benefit from the revisionist history that the propaganda games would have us follow. What Sudden Strike does really well is create that sense of intensity in battles. War in World War II was one of storms of gunfire from all directions, explosions from artillery, and the crunching power of tanks. Each battle was a confusing whirlwind of activity, and that’s certainly the case in this game. It’s difficult to control everything that’s going on, and often I would find myself just trying to do the best I could through attacks coming from multiple directions, and then counting what forces I had left at the end of it all.

Between combat, understanding what you need to do next is fairly straightforward, as there’s usually markers pointing you at your next objective. Actually figuring out how to get to those objectives with minimal losses, when the enemy is usually well-entrenched, is an interesting challenge, and rarely will frontal assaults succeed. This, too, I liked. Even on the easiest difficulty setting, you were encouraged to break teams down in a bid to outflank and outmaneuver opponents. Though reinforcements would arrive through a mission, there is no base building and resourcing; in each mission you need to make the most of what resources you get delivered to you, and as such strategic mistakes can be costly.

Unfortunately, the PlayStation 4 controller isn’t quite up to the challenges in handling a reasonably fast-paced RTS that also requires intricate maneuvering. The biggest problem is how difficult it is to select small groups of soldiers. With a mouse it would be simply a matter of click-and-drag within an area to highlight the desired units, but on PlayStation 4, you need to use the controller to bring up a selector circle on screen, and then try and manipulate it so it selects the right units. When those units are bunched together, it’s impossible to select a specific small group. 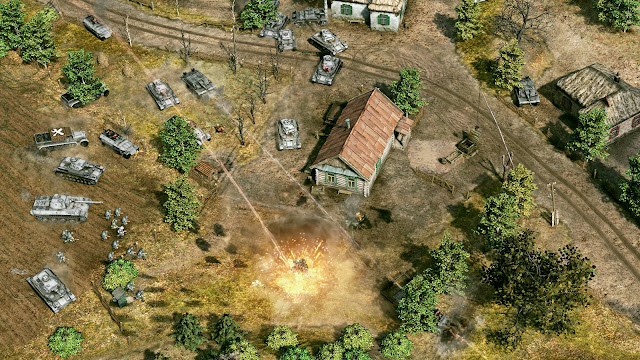 Further compounding the problem is that the game is clearly based around setting these units of soldiers to hotkeys for quick navigation from one unit to the next. It’s a standard feature of most RTS titles on PC, and the top of the screen displays a series of icons representing units, complete with numbers, representing the hotkeys, just as it would on PC. But with the PS4 you don’t have a keyboard, of course, so instead you have to laboriously cycle through those icons using the controller’s shoulder buttons. On the higher difficulty levels, that process in selecting units can causes delays to your overall strategy that can be catastrophic.

Related reading: Without a doubt the best strategy game of all on PS3 is Romance of the Three Kingdoms. Matt’s review of the latest release.

With that out of the way, Sudden Strike is never impossible despite its control setup, it’s just cumbersome. It’s still entirely possible to get top ratings on all missions, in all difficulties; I’m not a competitive Starcraft player by any means (or good at RTSes in general), but I was able to work my way through this one. And then in multiplayer everyone’s sharing the same controller issues, so the competition is still fair.

With the variety in levels, the large number of missions, and the historical depth, I really enjoyed what Sudden Strike 4 had to offer. I think it’s going to appeal to only the smallest of communities on PlayStation 4, and the PC version is clearly going to be the superior choice for people that can manage it, but still, it’s a good little game.

Films from Asia that you should watch: Red Cliff