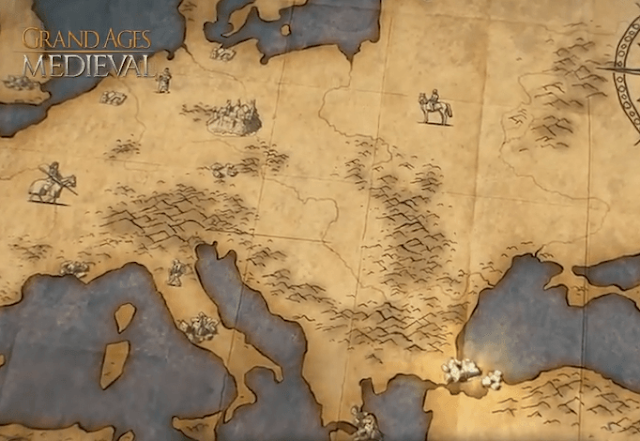 I absolutely love that the PlayStation 4 is developing a stable of simulation and serious strategy games, and already, just a couple of years into its life, it is doing better with these genres than almost any console that has come before it.

Nobunaga’s Ambition and Tropico 5 are both excellent games on the PlayStation 4, providing a genuinely deep grand strategy experience and a light-hearted, but richly detailed city builder simulation respectively. And now there is also Grand Ages: Medieval, which is itself of a genuinely high quality without quite hitting the peaks of its peers.

In theory the game is being presented as a real time strategy, but that does it a disservice, as the “RTS” moniker automatically calls people’s minds to Warcraft or Command & Conquer. In practice Grand Ages is a glacially slow-paced simulation that focuses far more on city development and trade routes than it does military engagements. 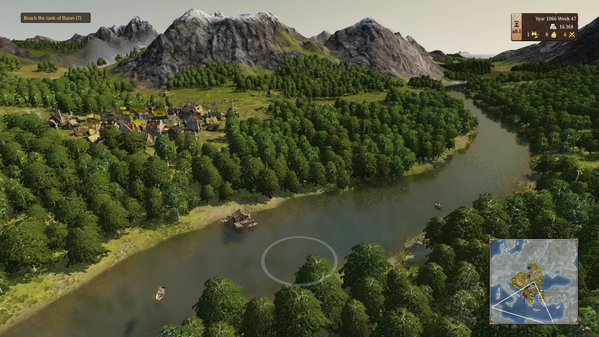 Players start out with one city to their name, and, through careful management of finances, need to build that into an empire that spans across Europe. The primary way to do this is to establish trade routes, and use the income from them to build more cities and turn one or two trade routes into a complex web of economic activity. The key here is that each city can only produce five different kinds of resources, be those foodstuffs, clothing, or metalworking. Some of these resources are raw materials, while others need the aforementioned raw materials to be turned into refined goods. Tools, for example, need coal and metals.

Once a city is producing a material, it will slowly stockpile that material beyond what its people need. And that’s when the traders come in. By taking the excess materials (bought cheaply because they are in excess) and taking them to a city that lacks those materials, it’s possible for a trader to sell them at a large profit, which feeds back into your coffers. Yes, it’s a game of “buy low, sell high,” but it is remarkable how compelling such a simple economic concept can be.

At first, it’s all very straightforward. You’ll have a couple of cities, and you’ll set each to produce different kinds of things, so that a trader between the to cities can keep them both supplied with all the necessities, while another trader will take products to the cities run by allies, generating cash for your empire by fulfilling their needs. But, by the time that your empire has grown to five or six towns in size, it’s no longer possible for any trader to move between them all in an efficient manner in order to keep them all well supplied, while still generating healthy incomes for your fledgling nation. 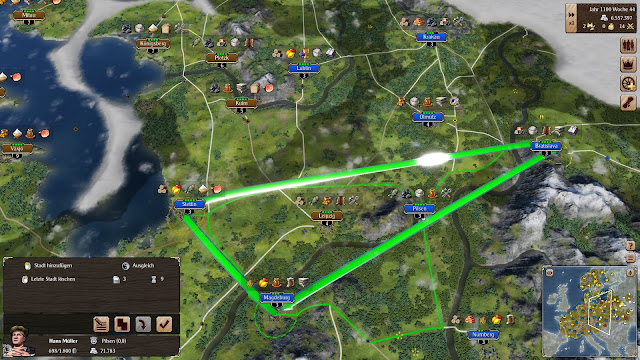 That’s when more complex economic and trade strategies come into effect. I’ll give you my own empire as an example. I started with three cities located towards the south of Europe, but then saw the opportunity to build additional cities in the cold north. Rather than try and supply each of those cities – rich in material wealth but poor in food – with the one trader, I instead set up another city between the two regions that would act as a regional hub, with traders from both directions coming in for supplies. Meanwhile, from each of the cities on the fringes, I set up trading route to neighbours that would take excess product pushed to them on wide tours of multiple allied cities. It became a real spider web of trade routes, but it worked well in the end, because I ensured that within the span of two or three trade stops each city in my empire was able to access, and either use (or sell for profit) goods from any other city in the network.

Beyond the trading side of the simulation, Grand Ages: Medieval is remarkably thin in both content and complexity. Military strategy is generally non-existent, with few units to build, and little to really do with them, since it is so much work to capture the city of an enemy through military action that it’s just not worth it. Diplomacy is also quite simplistic, with almost all issues with enemies or unruly allies being solvable by simply throwing cash at them.

This should not be too surprising, however, given that Grand Ages: Medieval comes to us from Gaming Minds; the same developer behind Port Royale 3, which was also a trading simulator masquerading as a more strategic game. Nor do I think this is a criticism of the game, as setting up effective trade routes, and then using those trade routes to cripple the economies of rivals by denying them access to important goods, is an immensely rewarding process. The tutorial is reasonably comprehensive, but eventually stops holding your hand, so setting up really effective sanctions strategies take some work to fully master. 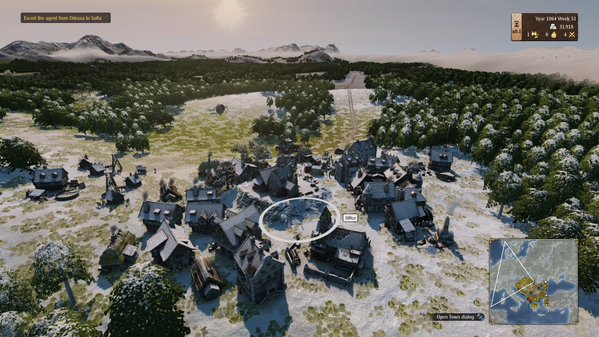 It’s probably not a game that you’re going to spend too long playing online, and the AI is generally too soft for its own good, but Grand Ages: Medieval is the kind of game that, every time I sat down to play it, I’d lose time and end up playing for a half dozen hours or longer. There is perhaps nothing more rewarding that watching a tiny village grow into a mighty empire, and that counts double when the expansion happens through non-violent strategic thinking. It’s not quite Europa Universalis, or even Nobunaga’s Ambition, but it’s difficult to think of a more accessible, effective grand strategy game than Grand Ages: Medieval.

Call of Duty: Black Ops III gets a beer