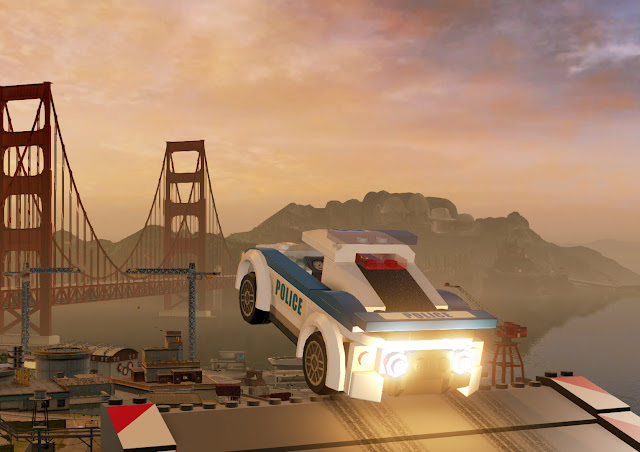 LEGO City Undercover is an enjoyable entry to the world of LEGO video games. There is a lot of humour, and the LEGO brand is as charming as ever. Having been first released on the Wii U some time ago, it is great to see this title get a broader, well-deserved reception on other platforms.

Sadly, the Wii U did not get a lot of third party support, but that does not mean there were no good games for the system. Among its best was LEGO City Undercover a few years ago. You follow the story of Chase McCain as he attempts to stop crime and recapture the notorious criminal Rex Fury. If this all sounds a little ridiculous or over-the-top, that’s because it is meant to be. Much as the LEGO games often bring brick-like-life to some of our favourite franchises nowadays, LEGO City Undercover apes many of the things that made 80’s cop flicks so enjoyable when I was younger. Sight gags abound throughout the game, and often times I found myself looking around just to make sure I was not missing any potentially amusing moments.

Most importantly, LEGO City Undercover manages to do something that Traveller’s Tales sometimes struggles with – creating something fresh. While I enjoy TT’s games – especially in co-op with my kids – often times the LEGO titles give the impression that they are just a new coat of paint slapped onto an existing if entertaining system. While there’s nothing inherently wrong with this as long as the game is being enjoyed, LEGO City Undercover manages to be accessible in its familiarity but also takes some chances. More often than not, they work out well. 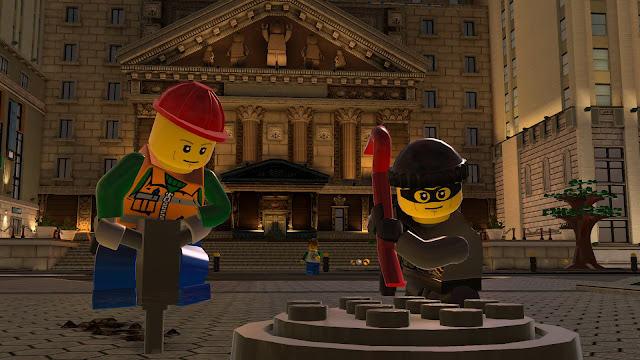 With more than a dozen chapters set out in a sprawling open world, I cannot help but find myself asking: did they pitch this idea as Grand Theft Auto with LEGOs? I suspect the answer is ‘yes’, but what is perhaps most impressive is just how well that combination works. You have a core story, but an absolute boatload of side quests to pursue. Exploration mixed with action, mixed with vehicular craziness really lend this title a more family-friendly GTA vibe. Each mission takes roughly an hour to complete, and the game itself is huge. With about sixteen hours sunk into LEGO City Undercover, I was sitting around a one-third completion overall. I hurried things up from there to get the review done, but that should give you an idea of the time commitment the game asks of players. If it was just size providing dangling carrots to chase down, I suspect that the adventure would get old rather quickly. However, there is a perpetual comic mischief on display, with lots of discoveries just begging to be made along the way.

Much like in other LEGO titles, you access different skills depending on what you unlock. In titles like Star Wars, it is about unlocking a new character. Maybe you need a droid to unlock a specific door, or in Avengers you need a specific hero’s ranged weapon to knock something down. Here you continue to play the role of Chase McCain, but his progress comes in the form of different outfits. These outfits each come with new skills, which is going to be helpful since Chase doesn’t really have a lot of skills right out of the box. However, as he learns to glide through the air or handle dynamite (what could go wrong there?), more of the massive city becomes available to you and the combat by extension becomes more varied and interesting along the way. My biggest disappointment with the game and this part of the functionality however, is in the limited number of disguises.

One could argue that having a huge roster of characters with a lot of overlapping skills serves as little more than just skins, and that it’s better to have a limited selection of unique abilities. This point gets brought up in fighting games all of the time, and it is valid, but we could have used just a bit more variety overall. Complaint number two reminds me of Grand Theft Auto as well, and for all of the wrong reasons here. With a large city comprised of different districts, using a vehicle to get back and forth seems like a great way to save some time. However, this is clearly not a racing game, and the driving mechanics are poor. The faster your vehicle, the more unmanageable the controls get. It is far from a deal killer, but it is a wart on an otherwise fantastic adventuring experience. Building out tools and structures in true LEGO fashion is a blast. The co-op is pretty solid as well. Instead of relying on the Wii U tablet as the second screen, you get good old fashioned split screen play. LEGO games have always been more fun with a friend, and that remains true of the antics here as well. However, the second character is really just a Chase clone, so that was a little bit disappointing from a story standpoint. Basically your friend is just there to help with the gameplay and has no impact on the narrative. Thankfully the story that is available is well-voiced and often times absolutely hilarious. The team at TT Games knows how to leverage comedy gold from these little yellow bricks, and not being bound to a particular property means the writers can – and do – just about anything they want along the way.

Now keep in mind, this is a port of the original Wii U title. if you already have it, there probably is not enough here to warrant coming back for more unless you want split screen cooperation, higher resolution or achievements. That being said, if you missed LEGO City Undercover the first time around and enjoy this unique brand of adventure gaming, know that this release is one of the most entertaining and original LEGO games in quite some time.