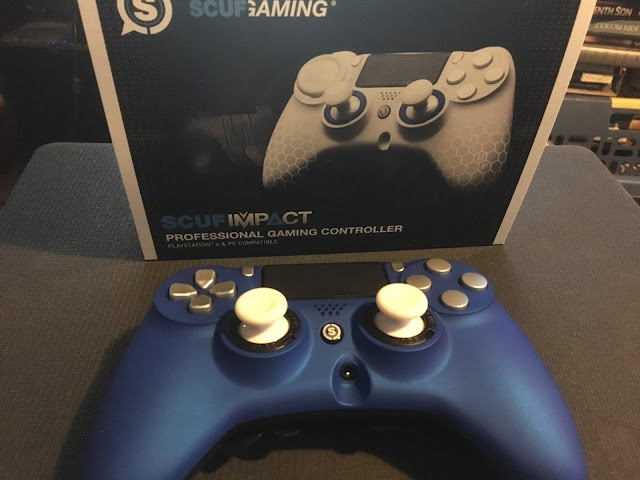 One thing immediately stood out to me when I opened up the box for the SCUF Impact: boy this sure looks different. Not ‘different’ in a bad way, nor was I focused just on how it looks. Everything from the form factor to the additional paddles makes this latest pro controller from SCUF a little unique from its highly customisable brethren – and better.

First and foremost, this is a slightly wider controller. Up until now, the SCUF brand controllers have stuck to the first party PlayStation form factor and design. But this one is a larger controller – with a more outward flared hand grip on either side. If I’m being honest, the design better resembles that of an Xbox controller – which is not a bad thing. Many agree that Xbox controllers have been among the best ever, and as someone with large hands the additional girth is welcome.

However, for its size, this is also one incredibly light controller. One of my buddies picked it up and was surprised as well. Perhaps in part because it charges in traditional PlayStation style using a cable instead of relying on AA batteries, but given the SCUF Impact’s width, I was surprised and impressed with how the manufacturer managed to keep it so light. Especially since SCUF did not go cutting any corners. In fact, quite the opposite has happened, as it has the usual bevy of options that I will go into more detail about – but that extra width has allowed for the designers to finally put four paddles on the back of the controller instead of the two that we usually see. 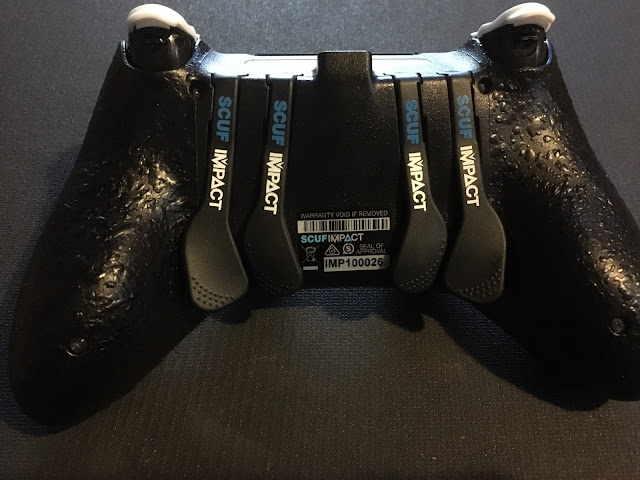 This is a pretty big deal for fans of SCUF hardware. The Xbox One has had four paddles for some time now, with the default / usual configuration reflective of the four face buttons on the controller. The idea here is that you do not have to take your thumb off of the right control stick, allowing you to aim and still jump, interact with items and reload as needed. These paddles have always been an awesome bit of technology that gives you fractions of a second in competitive games that rely on quick twitch reflexes.

Speaking of paddles, like the other new SCUF controller, the 4PS Pro, this one allows you to take the paddles out very quickly and easily. A nice feature for those who like the weight, shape and overall button responsiveness but do not always want to have those slightly swooped paddles along the backside of the controller. Of course, having four paddles might be a bit too much for some players and that is where the 4PS Pro is probably a better fit. It all comes down to a matter of preference, but for myself, the four paddles is a big win. If you want to configure just what your back paddles do, feel free to change them out from the face buttons to whatever you like – or whatever order you like – by using the electro-magnetic remapping key that comes with it.

The theme found in SCUF controllers is the ability to customise the experience. Whether this comes in the form of trigger extenders (making them a bit easier for smaller hands to find and quickly depress the triggers) to interchangeable thumbsticks (using their ring and lock system to choose between short and tall concave or convex sticks or their standard sized ones) and the ability to customise your triggers (for example: quicker trigger distances to allow for faster shooting of semi-automatic weapons). People will get different mileage out of the trigger options. For example, I don’t really bother with the extenders – though I appreciate how sturdily they stay in, but I really like being able to fine tune the hair trigger mechanism. 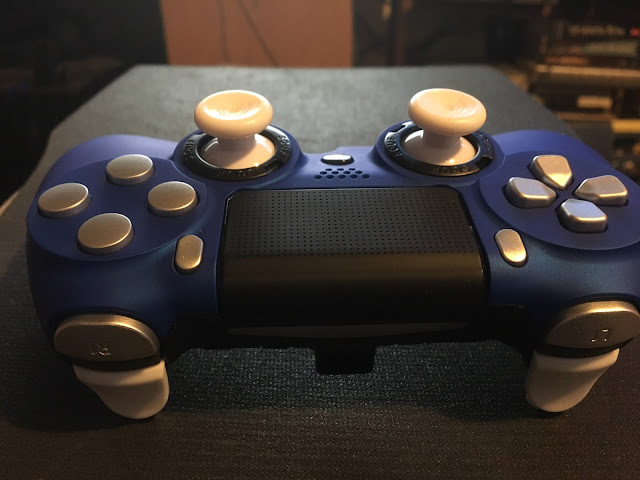 One could argue that there is no need for professional controllers, but like most hobbies there are usually options for those who really want a more customised, professional level of gear. I used to bowl with some friends back when I was in college, and I was essentially there as the team handicap. I suck at bowling, and I have no trouble admitting it. I was perfectly fine just using one of the house balls and chucking it down the lane, because I got no benefit from the hook-happy, extra gripping, lopsided holed bowling balls my buddy spent several hundred bucks on. He however, considered it one of his best purchases ever. I could make a very similar argument for a SCUF controller if you do in fact spend your time playing a good many video games.

What really helps the SCUF Impact stand apart for me however, is the feel of it. The textured grips on the underside feel fantastic, even after hours of play. The wider shape of it is certainly more comfortable for my hands and I like the way the handles flare out to the side a little bit more as well. Another nice touch is the housing cavity at the front of the controller where your USB cable hooks up. It is a small detail, but it should keep cables from wiggling loose too easily during play. Mine also came with a really nice, long and braided cable for the controller to my PS4, which was a welcome addition. Of course, it is still Bluetooth connected device, so you can play with or without the wire.

Hands on with Akiba’s Beat; the game that would be Persona 5-2