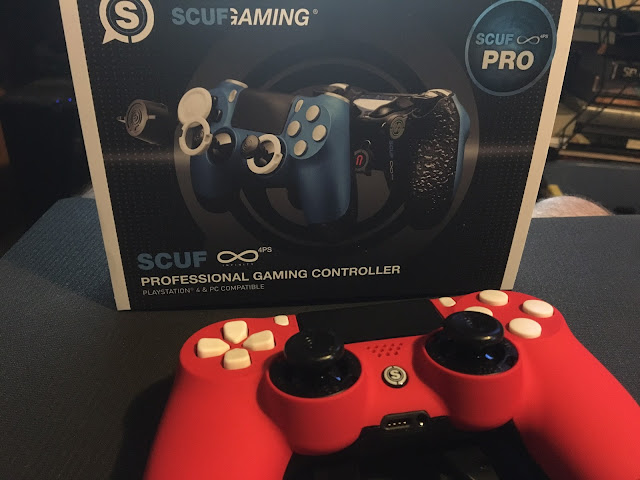 Of the new range of SCUF controllers, the most subtle is the new SCUF Infinity 4PS Pro. The theme of these controllers is your ability to customise them. Through the website you have a variety of different options for the appearance, but the Pro is also a very modular controller that allows for changes that are more than just skin deep.

I had a chance to review the original SCUF Infinity 4PS about a year ago, and I thought it was a fantastic overall controller. I will begin by saying that everything I enjoyed about that controller is still true with the Pro – but you have more options than ever.

First of all, you have the options to change out the thumb sticks however you like using their ring and lock system. I already like the SCUF thumbsticks better than the default ones you get with a PlayStation 4 controller. They are a little wider, but then you can decide if you prefer to vary their height or if you prefer a convex or concave curve at the top. I know a lot of people who play shooters like the to keep the left side shorter than the right, allowing for faster movement with more precise aiming. My son configures it as such, and swears by a concave left stick so his thumb doesn’t slide off when sprinting while using the domed convex option on the right so he can more gently and accurately roll his thumb pad for increased marksmanship. I tend to keep the sticks the same height with both of them being convex, but it is easy to swap these thumbsticks in and out as needed. 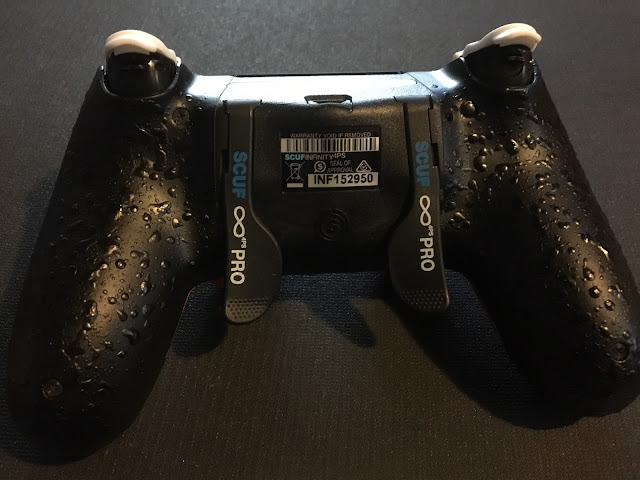 One of the cool new twists is the option to remove the paddles on the backside. Of course, many users will want these controllers specifically for the paddles, but now you can remove either or both quite easily, with no tools needed. Now my son and I make great use of the paddles, especially in shooters.  However, my wife likes the textured grips, but she tends to play racing games where the paddles are not all that helpful, and in fact can get in the way when she’s over-compensating on her grip.

That being said, the paddles themselves have seen some minor improvement as well. They have a slightly different swoop and feel at the end, making it easier for fingertips to settle into them and trigger them quickly. Speaking of triggers, we still have the quick shift trigger stops for more rapid firing, and the adjustable hair trigger mechanism to go with it. Additionally, these paddles can be remapped using a simple magnetic key that is provided. Handy since there are two of them, so if your game of choice uses square and triangle the most, you can change them over from the defaults. Last but not least, they came with extensions that clip on and off of the triggers easily. I don’t really use them myself, but I have rather large hands and have no difficulty in manipulating all of the buttons on the controller – but it’s a nice option that again lends itself to the theme of customising the controller to your liking.

All in all the controller feels really good. It’s the same style and size of a traditional PlayStation 4 Pro controller, so it immediately feels familiar despite all of the additional bells and whistles. The buttons all work as expected, the sticks respond perfectly well even after multiple swaps and the triggers are finely tuned. It works via wired connection and wirelessly. The SCUF Infinity 4PS Pro works on PlayStation 4 and PC. The versatility and quality make SCUF controllers an expensive but worthwhile investment for those of us who spend many hours playing video games.