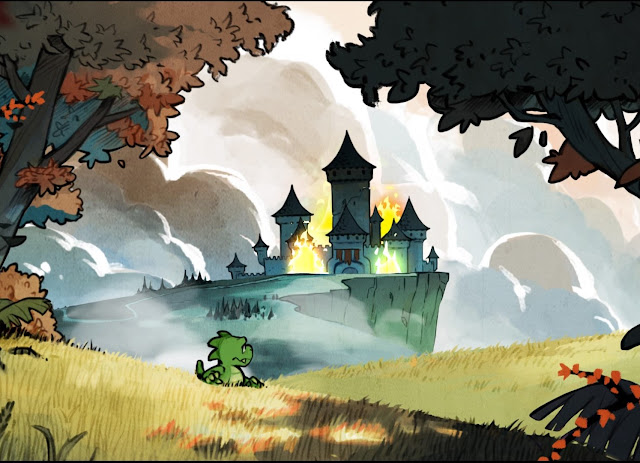 Wonder Boy was one of the first video games I had ever played. I owned it on the old Commodore 64, and despite that version being inferior to the arcade and Master System editions. I did spend countless hours on it. Same goes with its sequel, Wonder Boy in Monster Land. I loved that game even more, and I can’t count the amount of times I finished that game. It wasn’t until my parents bought me a Super Nintendo that I left Wonder Boy behind, and because of this, I missed what was possibly Wonder Boy’s greatest ever game, The Dragon’s Trap.

Related reading: Another good choice for fans of retro platformers that has recently been released is The Disney Afternoon collection. Matt’s full review.

I had honestly not even heard that The Dragon’s Trap actually existed until it was released on the Wii Virtual Console. Of course, remembering back to my childhood, I bought it instantly and loved it too. I suspect that I am not the only one who found themselves in that boat, as The Dragon’s Trap did not see an arcade release and did not see the same kind of exposure.

I definitely hope that LizardCube’s remake of The Dragon’s Trap fixes all of that though, as it’s a game that deserves everyone’s attention. It contained elements of the original Metroid and Zelda II, except it took their concepts of exploration even further than those two did. Everything about this remake screams love and dedication, and the game feels remarkably modern despite its classical heritage. 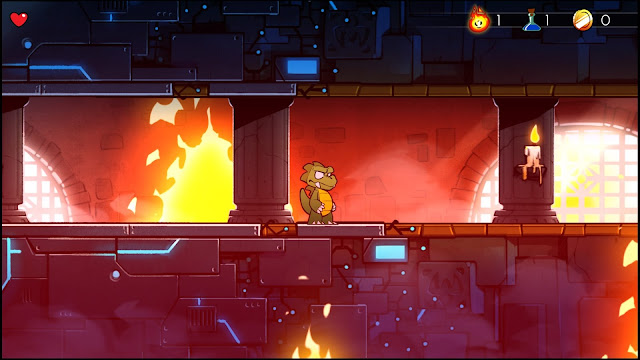 The game begins at the end of Wonder Boy in Monster Land, with Wonder Boy (aka Tom-Tom) defeating foes and traversing through the castle looking for the Mecha Dragon, who had taken over Wonder Land and subsequently renamed it Monster Land. Upon defeating Mecha Dragon, Wonder Boy is hit with a curse and transformed into Lizard-Man. This is where the game really kicks off. From here, it’s up to Wonder Boy, as Lizard-Man, to explore various landscapes within the game word to defeat other dragons and unlock different transformations. These transformations come with their own abilities and give Wonder Boy more access to different areas around the game.

Other ways to help Wonder Boy’s progression is by collecting money by defeating enemies, and then using the money to purchase weapon and armour upgrades. These upgrades ultimately help Wonder Boy defeat harder enemies in the game. There are also items that need to be found that help Wonder Boy reach new areas. This all amounts to a similar mechanic found in the Metroid games, where different areas are at first inaccesible and tease the player at the beginning, giving them the feeling that they have achieved something when they can finally reach a certain part of a level. The mechanic itself hasn’t aged terribly either, with a lot of indie titles still using this mechanic to this very day.

While I have been calling the main protagonist Wonder Boy the entire time, there is also the option to play as Wonder Girl if that suits. I love this inclusion only for the mere fact that it allows more people to relate to their chosen protagonist. The fact that this required additional artwork to be created for the sprites and that the developer still added it when they didn’t necessarily have to shows a dedication and passion to equality not found in a lot of AAA studios. 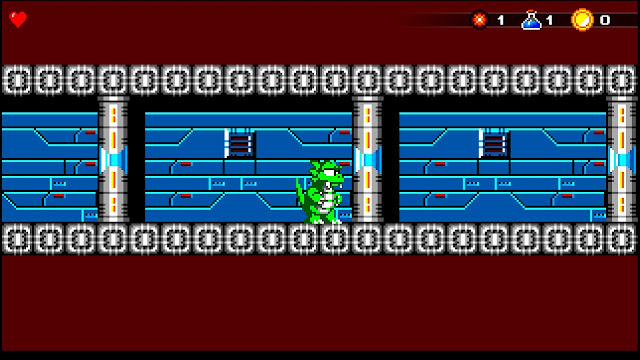 One of the most tremendous aspects of The Dragon’s Trap remake is the attention to detail that LizardCube has put into the game. The visuals are all completely hand drawn with intricate detail. The animations are as smooth as a baby’s behind and contains some truly detailed backgrounds. It’s hard to truly appreciate just how fresh it feels compared to the original 8-bit game without comparing them side to side. Thankfully, a simple tap of the R2 button pulls back the hand drawn visuals and reverts the game back to its 8-bit roots. Upon doing this, it becomes a tad puzzling as to why some of the areas have been altered completely. For instance, the original game started out in a mechanical like fortress, whereas the makeover changes this to an ancient looking stone castle. It isn’t bad by all means, and doesn’t detract from the overall experience, but it is an odd design choice all the same.

The audio and music contains just as much heart-warming love. The original soundtrack has been lovingly recreated using actual instruments. These can be turned back to their 8-bit counterparts as well for comparison. The player can choose a combination of components too, so if they want to play the original 8-bit visuals, with updated music and 8-bit sound, they can.

For those who owned the original game on the Master System or Game Gear and still have their passwords for progression stored away somewhere, then they are in for a delight. The password system is still completely intact. It’s almost hard to believe that they all work, and after scouring forums looking for people’s old passwords and testing them out, I can say that 100 per cent of the codes (including the cheat codes) all worked without a hitch. It’s just another example of the love that LizardCube put into this game, and the kind of love I want to see more of in remakes. Oh, and to be clear, it does have a save system, so you don’t have to rely on passwords when starting a new game! 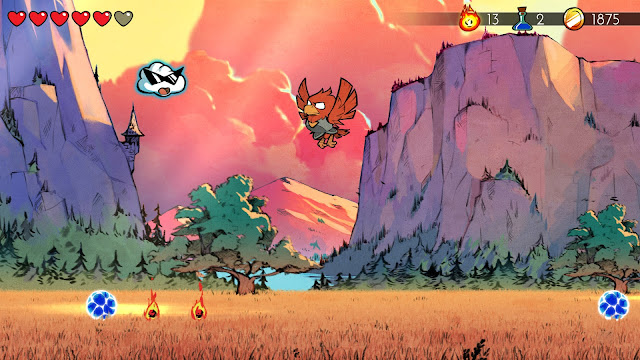 I am so happy that The Dragon’s Trap was rereleased in this way. Its visual style appeals to a whole new generation, and the love and attention given to the game as a whole will make fans of the 1989 original smile from ear to ear. From the hand-drawn visuals to the instrumental soundtrack, everything about The Dragon’s Trap remake shows how remakes should be done. This isn’t a mere cash-in for nostalgia’s sake, this is a remake that has been targeted for all audience, a rare gem for sure.