News by Britta S. and Davis A. 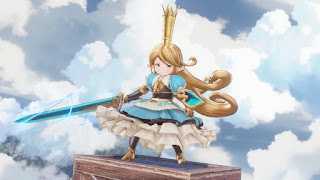 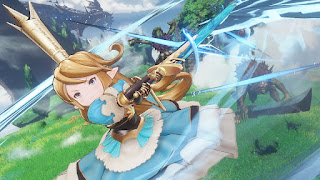 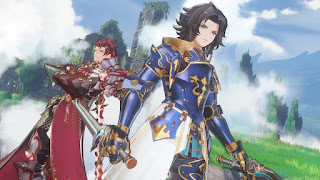 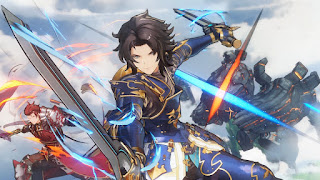 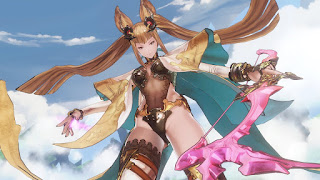 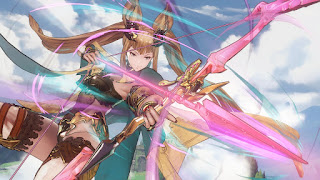 Granblue Fantasy Project Re: Link is a spin-off action-RPG of the popular Japanese mobile game Granblue Fantasy and is being developed by PlatinumGames (the developer behind the recently released NieR Automata) exclusively for PlayStation 4. Hideo Minaba will be returning to the series as character designer, his previous works can be seen in games such as Lost Odyssey and Final Fantasy IX. The score will be composed by Tsutomo Narita, and renowned Final Fantasy composer, Nobuo Uematsu.

Hakuoki: Kyoto Winds launches for PS Vita in May

We last reported on Idea Factory’s remaster of quintessential otome visual novel Hakuoki in November 2016. Now we have a release date for Hakuoki: Kyoto Winds. The game will launch on May 16 in North America and May 19 in Europe, for both physical and digital versions. It will be compatible with PlayStation TV.

The story is set in 19th-century Kyoto and follows young Chizuru who meets and becomes entangled with famous samurai of the Shinsengumi. We dare you not to swoon at the sight of beautiful Chikage Kazama! All romance partners are featured in the above trailer.

We have an update on the previously reportedrelease window for both versions of this much anticipated game. Kadokawa Games has delayed the release date of God Wars: Future Past. The previously announced April 13 for Japan date has now been moved to June 22. The updated North American release date is June 20, with Europe getting the game on June 16.

The company had issued a game demo “The Beginning” in February and the user feedback prompted them to allow more time for improvements and ironing out bugs. DDnet’s editor-in-chief believes the game will be “essential for fans of Japanese culture,” and you can read why here.

Summon Night 6: Lost Borders launches in the West May 23

Strategy RPG Summon Night 6: Lost Borders will launch physically and digitally for PlayStation 4 and PS Vita in North America on May 23, publisher Gaijinworks has confirmed. The game is aiming for a simultaneous digital-only release in South America and Europe, but the publisher notes that if it doesn’t appear on the PlayStation Store on May 23, then it will appear “very soon after.” The last time we saw a game in the series was when the PSP edition of Summon Night 5 came out last year. Jim reviewed it here.

There are three different physical editions — each named after one of three main characters — for the PlayStation 4; each has different character artwork on the disc and on the back of the box. The PS Vita physical version will not ship multiple editions. Last year, Gaijinworks also took preorders for the limited Wonderful Edition for PS4 and Vita. 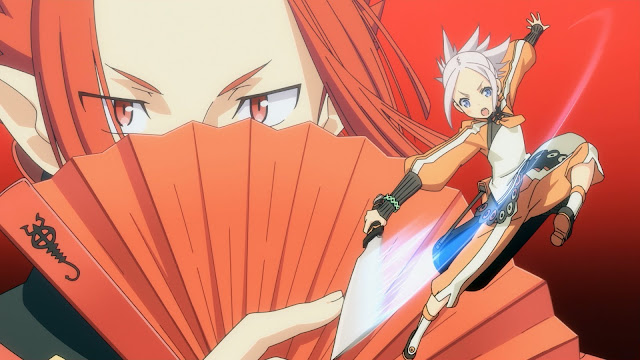 Gaijinworks gives an overview of the game setting on their website:

“Summon Night 6: Lost Borders weaves an emotional tale of friendship and discovery that begins in the sparsely populated “cocoon world” of Fillujah, where the three main characters (Raj, Amu and Ist) live in virtual isolation. Each has a single companion, a flying sidekick with an amazing special power, and they are all surprised when dozens of strangers begin to suddenly appear – literally falling out of the clear, blue sky. Lost Borders can be played and enjoyed without any knowledge of the previous games in the series, but fans will recognize that the mysterious strangers are actually returning characters from all of the mainline Summon Night games.”

Lost Borders was originally released in Japan in celebration of the series’ 15th anniversary. The game offers widescreen graphics in high definition, a first for the series. Cross-save support is implemented between the console and handheld version.

The game features more than a dozen endings, many of which have sub-endings that can change depending on the player’s affinity level with a particular character (there is a cast of 50+ characters!). It is not surprising, then, that Lost Borders’ text volume would fill about five novels. All key events are voiced, as in the original Japanese version.

Gaijinworks explained the composition of the game on Twitter: “It’s something like 60% Battles, 30% Story, and 10% Relationship management. A pleasing balance. A gorgeous strategy role-playing game.”