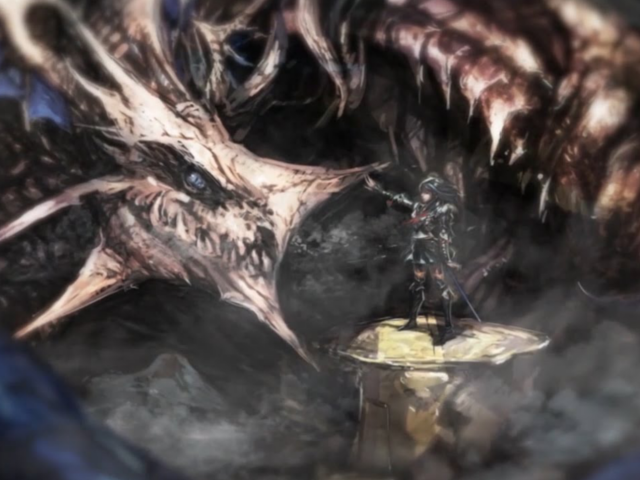 Review by Clark A.
Detractors of dungeon crawlers often claim these games are all too similar, but perhaps that’s also why the titles under that umbrella are so endearing. From traditional mystery dungeon games like Izuna: Legend of the Unemployed Ninja to more classical Wizardry clones in the vein of Class of Heroes II, roaming around an uncharted labyrinth presents a real scenario of adventure… one with grave consequences, that is. Yes, these games can be gruelling affairs with permanent character death and the loss of rare loot. The player, despite having a good deal of agency, is just as much at the whim of elements beyond their own control, subject to varying degrees of unpredictable randomisation. Call it Stockholm syndrome if you must, but overcoming the odds through an uneven blend of perseverance, skill, and sheer willpower is endlessly captivating.
At the same time, you’ve also got special titles like Stranger of Sword City. This one functions splendidly as a throwback to one of the subgenre’s aforementioned progenitors, Wizardry, but it also works within that context to provide a modernised and nuanced experience. From the moment you boot up the game, it’s clear this one is unique.
Distinctly medieval European fantasy influence manifests itself within the stunning artwork of Tsukamoto Yoko, creating sensibilities that feel equal parts eastern and western. This aesthetic seems like a logical decision in retrospect when analysing a genre that has seen increasing Japanese influence over the years, but few games have attempted to pay respect to their roots in such an overt yet meaningful way. The uncharacteristically gritty fantasy artwork actually pulls double duty by informing the player of some truly murky circumstances to come. 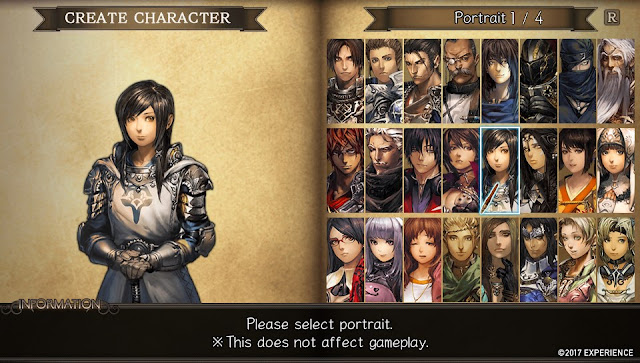 The plot kicks off on a note that is quite conventional, yet its execution is utterly refreshing. As the sole “survivor” (hint hint) of a plane crash, the player’s custom avatar is whisked away to a world that is not quite as cosy as the airplane from which he or she came. This is to say it’s so full-blown miserable that a seemingly kind-hearted old man tries to kill and deceive you not ten minutes into the game. Upon your character’s arrival in this strange land, it’s discovered they are in fact quite gifted. The only real direction seems to be that swiping blood crystals from Lineage boss monsters might help them get home, so your avatar goes on to form a party of adventurers who are also stranded. Without explicitly spoiling anything, some dreary themes and moments of grey morality continually manifest, turning a conventional structure on its head in a captivating way.
There’s a whole wealth of popular fiction these days that tackles the concept of being thrown into another world. From shows that play it straight to the more contemplative Re:Zero, being unceremoniously transported elsewhere typically bears fruit for the protagonist eventually in the form of self-actualisation. The protagonist here might bear that revered “Chosen One” moniker and comes decked out with special powers poised to influence the world, but this is more a story of desperation. What makes Stranger of Sword City tick is that it stops to indulge the mystery and dread of the situations at hand and the glorification of our heroes is not as prevalent. This secrecy works wonders in pushing the player forward from start to finish, especially in a world of supporting characters that belie their first impressions.
When it comes time for your party to scour mausoleums and other such regions, the steep learning curve is transparently evident. Exploration is done through a first-person style sans the occasional interruption from monsters for turn-based skirmishes. Perhaps “skirmish” is the wrong word, though, because it implies an actual fight and not just fiends curbs stomping you into the floor. In other words, the game can inexplicably dish out opponents that far outclass what the player is capable of dealing with at any given moment. The RNG may cackle malevolently at you, forcing you to run from virtually unbeatable squadrons of foes that summon even more foes as soon as the first dungeon. As a result, progression is rather deliberate in pacing and can be halted on a dime if you’re careless or too prideful to run from a fight. This is going to be divisive, but I would argue it plays to the strengths of dungeon crawlers and this game’s own plot. 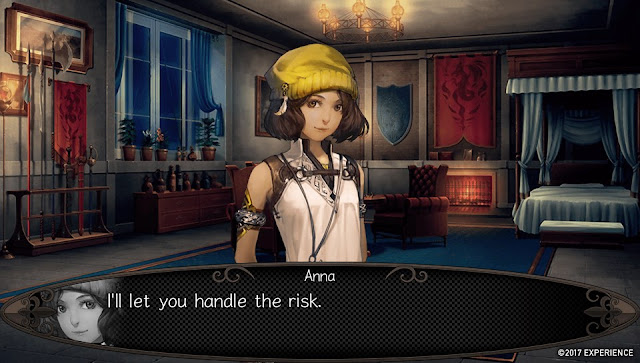 Adding to your struggles is a semi-permanent character death mechanic. Besides the central protagonist, each character you control has a limited number of lives based on their age (younger allies are hearty but weak while the opposite is true of those in their 90s). You can revive felled allies, but doing so devours two of life’s hottest commodities: time and money. You’re going to be strapped for cash as is, to the point where most of your items are obtained through a risky theft mechanic than legitimate means. The child of these mechanics is a high level of immersion, which demands players invest in the proceedings far more than your average skirmish in a JRPG against random monsters. Long and short term planning are vital, but even then you’re going to have to resort to grinding too.
Planning might not always be the best route either. Even character creation includes an arduous form of RNG. If you roll a high enough number, you’ll get extra stat points that can be allocated freely. Pressing the X button 3000 times in a row for a dozen characters is not fun and you are indeed settling for an objectively inferior unit by not doing so. Obviously there are vestigial reasons for this sort of dice-roll mechanic to exist in a modern dungeon crawler, but I prefer to believe it exists here just to drive perfectionist players insane. This is not a game you can or probably should perfect; it’s about the journey and the struggle. Besides, in the time it takes to get the maximum number of stat points on all your characters to ensure they’re perfect for the adventure ahead, you could settle for a passable roll and make quite a bit of progress. You’re still going to be placed in situations where having those 10 extra vitality points won’t stop your tank knight from being toppled.
In turn, the game is endlessly rewarding for those willing to ride it out. Unlike some strains of dungeon crawlers, players are free to build and revamp their own parties however they see fit. This entails naming them, assigning them a class, setting their age, and other such characteristics that shape their battle performance. To the three of you here who played Class of Heroes II for the PSP, imagine a similar scheme that is enhanced in some respects. The character management doesn’t stop at their conception, though, as re-classing units is a core mechanic for obtaining special abilities and characteristics otherwise unavailable to your latent rank. Building up an adventurer from nothing to a hybrid character that performs well late into the game is immensely satisfying. 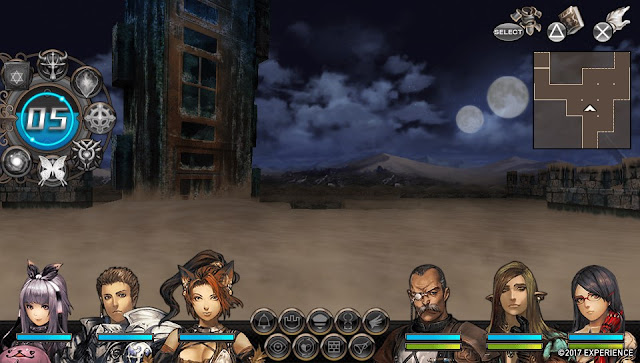 The result of the player’s freedom to contort game mechanics and playable characters to their own whim is a reduced emphasis on agency over the plot. As mentioned earlier, several supporting characters are compelling enough to pull the weight in their stead. Considering people are often drawn to games in the vein of Wizardry for the mechanics rather than the explicit narrative, this one still does a comparatively respectable job of establishing lore, character motivations, and a premise that is less expected of the genre. There’s also something pleasantly old-school about inventing character personalities for yourself in the style of pen and paper RPGs.

Related reading: The PlayStation Vita is by no means lacking for quality dungeon crawling action. Dungeon Travelers 2 is a fanservicey – but fun – spin on the genre. Matt’s full review.

While the core game is certainly in line with the original release, the Revisited edition of Stranger of Sword City does introduce some worthwhile additions outside of the obvious bonus dungeons. Additional events and a wealth of quality of life fixes will surely breathe life into the experience for those wanting to double dip. One class in particular, Freeman, is intriguing in that its purpose is more to provide bonuses than engage in warfare. These tweaks aren’t going to convert anyone who despises old-fashioned crawlers, but those on the fence have every reason to hop on over.
Stranger of Sword City is not for the faint of heart. Players who aren’t willing to die and slowly come to grips with its systems as they struggle against its infinite difficulty spikes need not apply. Having said that, Revisited presents a more palatable and fully realised vision of an already standout dungeon crawler.

Why aren’t we more critical of nationalism in video games?