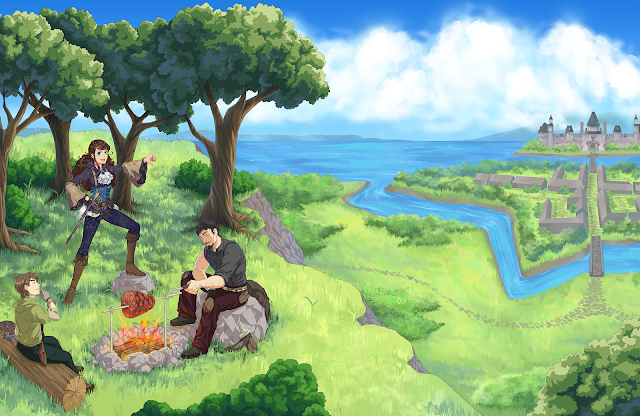 RPG fans, you’ll want to hone in on this piece of news: Gataela is now on Steam Greenlight, and there is a demo available via itch.io. We had the pleasure of playing an earlier build of the game last year, and it’s clear through the demo that Gataela developer Atemly Games (owned and operated by Paige Marincak) is right on track to being one heck of an indie title.

Gataela is best described as a Victorian Steampunk RPG. It is influenced by many of the series that we all know and love — the world map is quite reminiscent of the Zelda and Pokémon games many of us grew up with, and Marincak credits Tales Of and Eternal Sonata for inspiring skits and the battle system, respectively. Communication is key in the game, with information gathered from NPCs coming into play during debates. At the end of the day though, you’re a single Zach trying to right the world’s wrongs… and nobody could do that alone.

One of the most enjoyable parts of being a Gataela fan is watching Marincak’s progress through Twitter and her regular Twitch development streams. Something that especially caught our attention was the importance placed on user interface — something I’m personally prone to critiquing, so seeing the progress between either small tweaks or years of work is especially exciting. Marincak explains the time and thought put into the UI, writing to us via email:

“It [the user interface)] requires a lot of feedback and iteration to get it just right.

How many times have you used a software program, or started a game up, and wanted to do something that should be simple, but is hidden under shortcuts? Or you need a reference manual to use? What if there’s another program that will do the same thing but with a better UI? Would you not jump ship and use that other one?

If it’s one thing I’ve found through watching others play the game, it’s that the smallest minute detail will put people completely off from playing. Those that just learn to live and deal with it are few and far between.

Outside of that, I wanted to also make the UI something that fit in with the time period and sort of stood out. It would have been easy for me to just use boxes or copy some other game’s, but why not make it my own?” There are plenty of surprises to come from Gataela, including Marincak’s favourite character; she explains, “This character hasn’t been formally revealed yet, so I won’t say TOO much, but she is one of the Lords. I really love her backstory and character arc, and her design is pretty good too! I hope to reveal them in the near future.” We promise to keep you updated as the game progresses towards its official release, but in the meantime vote for it on Greenlight here!