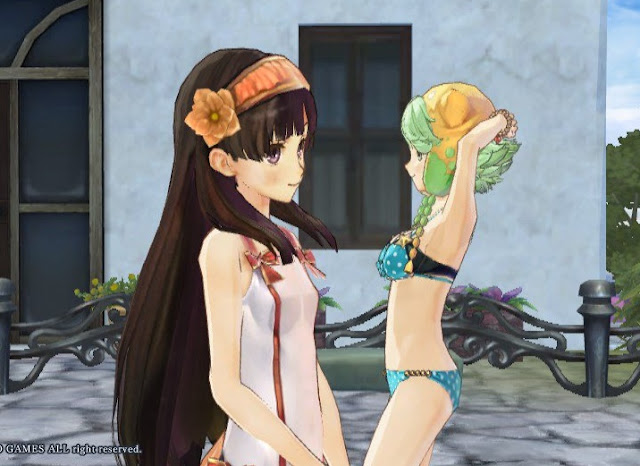 Years after the PlayStation Vita has finally been laid to rest, and even the Japanese developers and publishers who are still supporting it have stopped, I’m going to continue playing it for many years to come. The main reasons for that are twofold: on the one hand, the console has every Final Fantasy title up to Final Fantasy X-2 on it, and it is truly incredible to have that many classic JRPGs available on the one small console for replay wherever (and I do like replaying the Final Fantasy series).

Related reading: Matt also reviewed Atelier Shallie on the PlayStation 3. Here are his thoughts on that game.

The other reason I love my Vita is that it holds an entire library of Atelier games on it. From Atelier Rorona, the first game in the series that I played and was instantly smitten with, through to Atelier Sophie – the first PlayStation 4 Atelier game that I was happy to purchase on the Vita too so I could play on the go – there are now seven Atelier titles on the console. Atelier Shallie, the third in the Dusk trilogy (Ayesha and Escha & Logy being the other two), is probably the last Atelier we’ll see on the handheld, and it’s a mighty fine way to go out.

Mechanically, the game is one of the better titles in the series. Shallie does away completely with a timer. Where all the previous Atelier games on the PlayStation Vita gave players a set number of days, weeks, months and years of in-game time in which to meet goals (and taking actions such as fighting or creating alchemical goods would eat up that time), Shallie has no time limits, leading to a far lower-pressure environment where you’ll never feel punished for experimenting and exploring. I never minded the strategy that the time-limited Atelier games required of players – indeed, I quite liked the idea of planning out my time so that I could juggle the multiple different tasks I had in front of me at any given time. It meant that the games never felt like they were falling into a grind, because they were balanced in such a way that I’d never be doing the same thing over and over again. 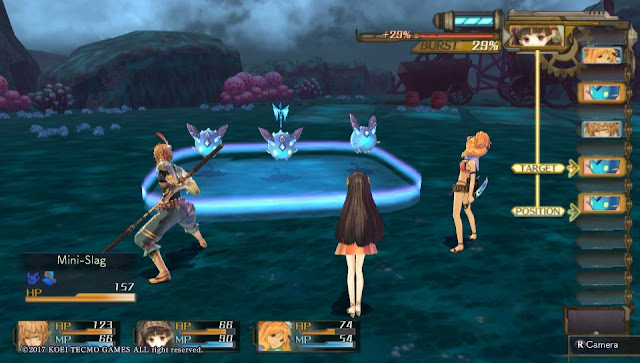 Shallie maintains the variety and the pacing of those games, but isn’t punishing. That makes it, ironically, the most accessible of the Atelier games for newcomers: ironic, because it’s the third game in a trilogy. It’s possible to play this one as a stand-alone game, but some of the appeal of bumping into old friends from the previous games will be lost. The two main protagonists; Shallie and Shallie (yes, two Shallies), are entirely new characters though, and both very likeable. Shallie 1 is a green-haired, high-energy girl who is, in the estimation of just about everyone else in town, quite useless. Her dream is to prove them all wrong and make it big, somehow. She represents the lighter, brighter Shallie. Shallie 2 is a girl from a distant village that is facing a catastrophe, and she’s in desperate need of the region’s major city to save her people. However, the city has its own problems that she needs to help out with before they can support her in turn.

This second Shallie is a closer representation of the Dusk trilogy’s core themes. This series was conceived following the major earthquake and tsunami that rocked Japan a few years ago now, and left the country in a very reflective, existential mood. The fragility of the real world, and the way people respond to that, is reflected in these games in the Dusk series. In the games, a blight is slowly consuming the world and killing everyone and everything within it. The people who are left band together in small communities, working (without much hope) together to eke out the remainder of their existence. In any other game that would make for a very bleak setting, in which people battle with one another over the remaining scraps, and society degenerates to a free-for-all strongest-take-all; most games that follow this kind of theme more closely resemble Mad Max than a light-hearted JRPG. But the Dusk series is different: here the people stoically go about their days, working together with a sense of community for the greater good. It’s a refreshing change that speaks to the Japanese sense of community and responsibility.

This theme flows through to the characters, too. Both Shallies work hard for the better of the community, even to the point of putting aside their own needs and goals. When they do this, they’re more concerned with whether they’re letting those around them down. This is all presented in a very charming, bright, and airy manner; and you haven’t really seen positivity in a dark situation until you’ve played a game like Atelier Shallie. 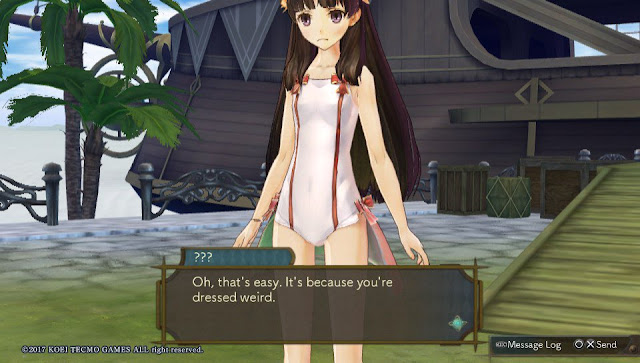 If you’ve never played an Atelier game before, you won’t quite appreciate just how heavy the alchemy mechanics are, but where alchemy appears in just about every JRPG these days, it’s never a solid half of the game as it is here. The sheer number of ingredients that you have to play with, the sheer number of things to make (both in terms of weapons, consumables to use to heal allies or harm enemies, and items needed to complete quests), and the variety of the quality characteristics of the items gives the system a near-endless depth. You’ll have to consider the quality of each of the ingredients used in producing each potion, suit of armour, and bomb, and each of those ingredients will bring different “traits” to the end result, which can give them secondary effects when subsequently used. Refining the really good objects takes some real time and practice, and while it can all be alienating at first (there are a lot of tutorials to work through), once the systems start to “click” the alchemy process becomes very addictive indeed.

While combat isn’t as much of a focus in Shallie as it is for many other JRPGs, it’s still good, strategic stuff. You’ll be able to bring a wide range of different heroes into combat, and each of them bring their own mix of skills to the party. Combat is turn-based, and enemies do tend to have a lot of health, so taking them down requires a good use of resources, whether that’s special abilities, or limited-use items that have been alchemised up.

The Vita port is not flawless; the engine really struggles to run well on the hardware, with bad pop-in damaging the impact of some of the beautiful vistas that the Shallies explore. The emotional impact of the game is largely driven by an incredible soundtrack, which is always beautiful, but at times moving between melancholic and more cheerful tones. This compensates somewhat for the character models, which do seem to be more of a downgrade from the PlayStation 3 version of the game than is normal for the series on Vita. 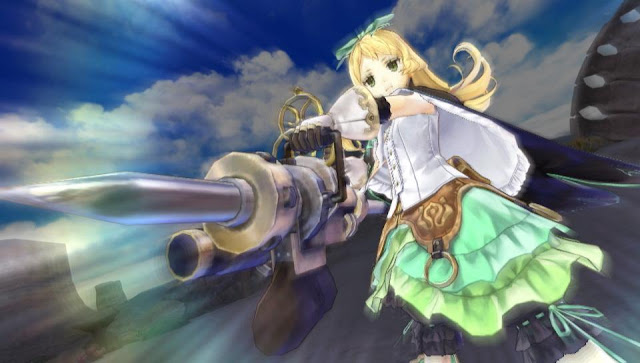 On the plus side, there’s plenty of bonus content that’s included in the base game, including swimwear! Hooray for swimwear – Koei always does a lovely job with the light fanservice elements. Don’t worry, though; there’s nothing too pervy about the game if you’re not interested in fanservice; the modern Atelier games are as inoffensive as any modern JRPG in how they represent female characters.

Related reading: For people looking to start the Dusk series from the first title, Atelier Ayesha is the one you want. Matt’s full review.

I love any excuse to step back into an Atelier game, and the Dusk trilogy is an especially heartfelt and wonderful series. I’m glad Koei Tecmo got around to localising the Vita version of this game. It’s more a concession to the fans who bought the first two on the Vita than anything else, I suspect, and I’d be surprised if Koei expected this to make any kind of money, but it is a good gesture by the company to allow us to finish our collection for Atelier games on the go.

Hands on with the Nintendo Switch games: Arms, Snipperclips and The Legend of Zelda: Breath of the Wild