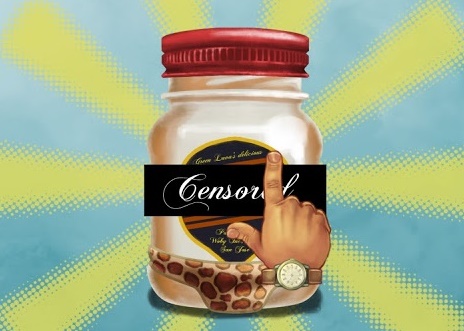 My Name is Mayo is a game that can be beaten – Platinum Trophy and all – in around half an hour, and the entirety of its gameplay involves pressing X to tap a jar of mayonnaise. It’s also an absolute masterpiece; a Dadaist work of anti-art that hilariously satirises video game medium as a whole. In an age where game developers are falling over themselves to create “serious” games without the slightest hint of self-awareness, that’s a powerful statement, and one that My Name is Mayo delivers effortlessly.

Related reading: Another great example of an anti-game from this year is the Atlus-published Daydreamer. Read Matt’s review of the game here.

Like I said, the entirety of the game involves tapping a jar of mayonnaise with a disembodied hand. Press X To Pay Respects (to the the creamy goodness of the world’s second-finest condiment), and all that. If you want to get technical, it’s a clicker game a la Cookie Clicker, but it’s simple even by that genre’s low bar. There aren’t upgrades to exponentially increase your click production, there isn’t a carrot on a stick taunting you to keep clicking away so you can reach the next big milestone. It’s just you, the X button, and your own drive to tap, tap, tap.

There are goals, but they’re entirely superficial – at most, they change the look of the mayo jar or add some sort of visual effect to the background. They’re also completely ridiculous. One unlock makes it literally rain cats and dogs; another makes it rain turds. There are different wigs and swimsuits for your mayo jar to wear, including a bikini that has no top at all! (There aren’t enough pearls in the world to clutch over something so obscene). There’s a mime outfit, a banana costume, and a potato sack.


To call these different rewards bizarre would be more than a bit of an understatement, but they make perfect sense within the context of the game. Believe it or not, there’s a story – a few stories, in fact! Reaching certain mayo-tapping milestones unlocks your first four outfits, each of which starts a different story. Reach another milestone while wearing a particular item or set of clothes, and you’ll unlock the next one for that path, along with another snippet of exposition. Oh, and just in case you hadn’t already guessed, the stories themselves are as laughably inane as the unlocks that accompany them.

So, there’s definitely a game in My Name is Mayo – that much can’t be argued. There’s a way of interacting with what’s on screen (Press X to Tap Jar!), there are goals to overcome, and there are rewards to unlock. It’s a funny game, but it’s also a dreadfully banal and fundamentally pointless one, and that’s what makes it so utterly brilliant.

My Name is Mayo is a pastiche of the fundamental absurdity of video games, and blockbusters in particular. As the medium has evolved, the types of stories it tries to tell have become more complex and nuanced, but they’re still almost always layered on abstract assortment of “gamey” systems. You can have a deeply personal, emotional journey of sacrifice and self discovery that feels the need to stop you every ten minutes so you can arbitrarily gun down some dudes and/or zombies. It’s a game, you see – you’ve got to have that interaction, otherwise it might be boring! 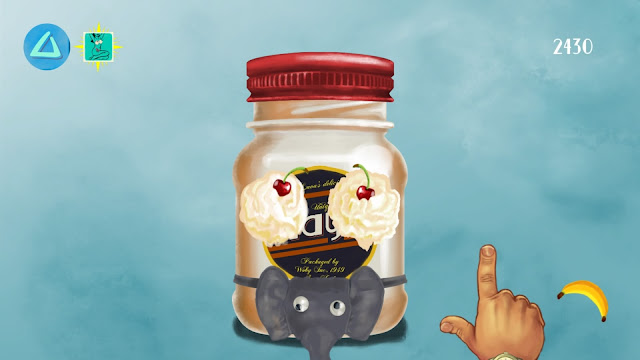 My Name is Mayo just takes that structure and strips it back to its most basic essence. Here are these stories for you to discover, but with a good bit of aimless gameplay thrown in there to make you feel like you’re important and involved. This game may be a bit more simplistic than the targets of its satire, but it’s a matter of degree. There’s not exactly a qualitative difference between this game’s tappity-tap on the mayo jar and the rappity-rap of machine guns in every brotastic military shooter from here to Kingdom Come. You go from A to B, doing the stuff a game tells you to do because the game told you do it and you want to win, man.

The stories drive that point home further with appropriately bizarre parodies of common game story cliches. There’s the story of the lonely, misunderstood teen mayonnaise who just wants to play guitar in a glam metal band, and doesn’t want to be a boring old Ordinary Mayonnaise like its dad. There’s an awkward romantic adventure with a blonde bombshell (literally) that inevitably ends in heartbreak – “What do I know about love? I’m just a mayo.” The bikini storyline is a delightful caricature of the odd relationship with sexuality that so many games seem to have.

My favourite, though, has to be the brooding, philosophical one. The rewards in this route have no visual component because it is a Very Serious Game with no time for that childish silliness. It has to ponder the meaning of life, and it needs to make sure you know just how mature and grown it is. The best part about this story is that it’s the shortest one by far, with just 10 or 20 clicks between milestones (the other stories require hundreds) – because for all its self-congratulation, it’s a decidedly shallow, shorthanded attempt at philosophy that ultimately achieves nothing. That sounds like… well, a lot of stuff that’s out there. 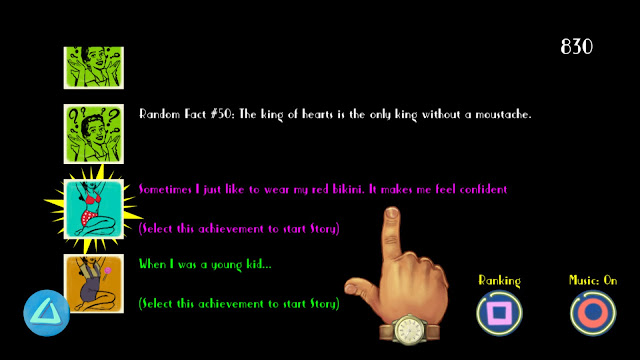 “But games aren’t about stories, they’re about the game!” I hear you scream. Well, My Name is Mayo has you covered on that front, too. Nothing says hardcore gamer like trophies, and there’s a whopping 51 to collect here! By the time you finish playing through all the stories, you’ll have most of the trophies, but if you want the elusive Platinum Trophy, you’re going to need to stick around, clicking away until that magical number in the corner of the screen crosses 10,000.

The trophies are fundamentally pointless (like everything else in the game), and by making you grind just that extra bit to get the last two or three of them, My Name is Mayo puts a spotlight on just how pointless it is. Congratulations, you got all the trophies! What did you get? Nothing, really, but still you did it! In a particularly wonderful piece of emergent (though probably not intentional) satire, someone even wrote a walkthrough. Y’know, in case you get stuck.

If that’s not enough, there’s an online leaderboard where the sky’s the limit; where you can prove that you really are the bestest mayo tapper in the land. Again, it’s a fruitless endeavour, but that hasn’t stopped people from making their mark and clicking billions of times so they can be number one. It takes roughly half an hour to get the 10,000 taps needed for the Platinum Trophy, so to get the 21,758,383 taps that the highest-ranked player has racked up would have taken… something like a thousand hours? Sure, they probably set up something to automate tapping, but they still went to that effort to be the best at something fundamentally pointless. You know what, though? I’m sure that person is pretty damn pleased with themselves. I know I was stoked to earn my Platinum Trophy. 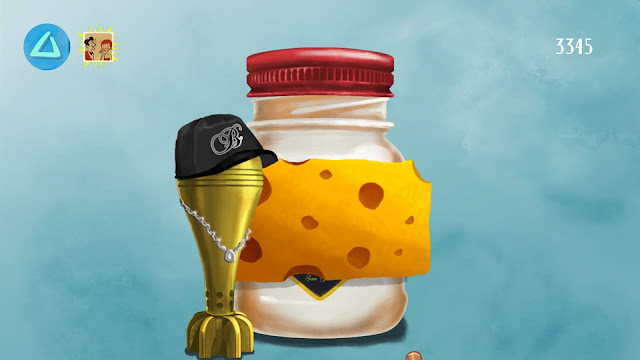 That, right there, is why My Name is Mayo is a brilliant work of anti-art. It picks apart the foundations of video games as we know them, exposes their fundamental absurdity. It’s a scathing and hilarious take-down of the triple A industry in particular, with its trend towards “realism” and “seriousness” that’s nonetheless still defined by that absurdity and often seems oblivious to that fact.

But My Name is Mayo is more than that, too. Like any sort of anti-art, it shatters the foundations of the medium so that we can look at those pieces, in isolation, and understand their value as a whole. It throws a spanner into the whole argument around games as art, paradoxically affirming the artistic merits of the medium in a way that few other games ever have.

This week on the Digitally Uploaded podcast: All about Sony in 2017