NIS America is bringing Cladun Returns: This is Sengoku! to North America and Europe in spring 2017 for PlayStation consoles and PC (Steam). The PlayStation 4 version will launch physically and digitally, whereas the PlayStation Vita and Steam versions are digital only. The NIS America Online Store also offers a $59.99 limited edition which includes a copy of the PS4 version, premium box, soundtrack CD, and a foam pixel sword – something we have always wanted at DDNet!

Related reading: A review of Cladun X2 on PC.

Cladun Returns: This is Sengoku! originally launched as a PS Vita-only title in Japan on 26 May. Older Cladun titles that made it West are Cladun: This is Not an RPG (2010) and Cladun x2 (2011), both for the PSP.

The game is described as a 8-bit action RPG and set in the Sengoku Era: “You wake up in the mysterious land of Arcanus Cella where the souls of the dead gather as they await reincarnation. However, some souls have unfinished business that needs to be settled before they can reincarnate. As the player, you will assist these souls by traveling to real-world locations in feudal Japan and fighting your way through dangerous dungeons filled with monsters and traps.”

Game features include a pixel editor to design your character’s appearance and equipment. This data is shareable with other players. Both a co-op mode and a versus mode are available for multiplayer dungeon-crawling and competition.

Blue Reflection: Sword of the Girl Who Dances in Illusions

Gust has released the first trailer and new information and screenshots for Blue Reflection: Sword of the Girl Who Dances in Illusions, its upcoming “magical girl RPG”.

The game is set in modern day Japan and, as you’d expect from a Gust game, it looks beautiful and, well … Gust-y! Mel Kishida (who worked on the Atelier Arland trilogy) handles the character design and also supervises the game. The theme is the bonds between humans, specifically the emerging and strengthening bonds between high school girls.

Related reading: An interview with one of the senior creative forces within Gust, Yoshio Okamura.

The main character, Hinako Shirai, is a promising ballet dancer who dreams of overcoming her injury so she can dance again. Yuzuki Shijo and Lime Shijo are sisters with a mysterious power – the Reflector – which they pass on to Hinako. The game is structured around the daily cycle of school life at Hoshinomiya Girls’ High School (sound familiar?), with opportunities for interaction and even minigames via the in-game smartphone app “FuriSupe”.

The girls will be pitched against a gigantic creature, the “Pure Breed”, which poses a major threat to the everyday world. To strengthen their Reflector powers, players can equip “Fragments” which are crystallised emotions.

Blue Reflection is due to be released in Japan for PlayStation 4 and PlayStation Vita on 30 March 2017. No announcement has been made regarding a Western release at this time. Pre-orders are now available at the Gust Shop, among other retailers. (https://shop.salburg.com/product/br_comboset/)

All you need to know about Super Mario Run

The first-ever mobile game to star the most recognisable character in videogame history is closer than you think; Nintendo’s Super Mario Run will release on iPhone and iPad on December 15, 2016.

Everyone is expecting this game to be a massive success. Apple has been taking “pre-orders” for the game for a couple of weeks now on the App store; really nothing more than a sign-up form that will tell people when the game is live. That sign-up form has been one of the most popular things in the App store.

What might dampen sales slightly is the revelation that this will not be a free-to-play game, as many thought it would be. Rather, Nintendo has the well-founded belief that its properties have value and should be priced accordingly, and so Super Mario Run will set you back $Aus14.99. You’ll still be able to download the app for free, and it will give you “demo” access to the games three modes. From there you can decide to stop playing, or pay the full price to access those three modes unlimited times.

The game itself will be an on-rails runner; You won’t be able to directly control Mario’s horizontal movement, but you’ll be able to tap the screen to make him jump. We’ve seen these kinds of games plenty of times in the past on mobile, of course, but we’re betting the level of polish on Super Mario Run will elevate it well beyond its peers.

Sadly no news on an Android release. Nintendo’s probably not going to like piracy rates on Android, nor the reality that premium-priced games struggle even more on that platform than they do iOS, so don’t hold your breath for an imminent Android release. 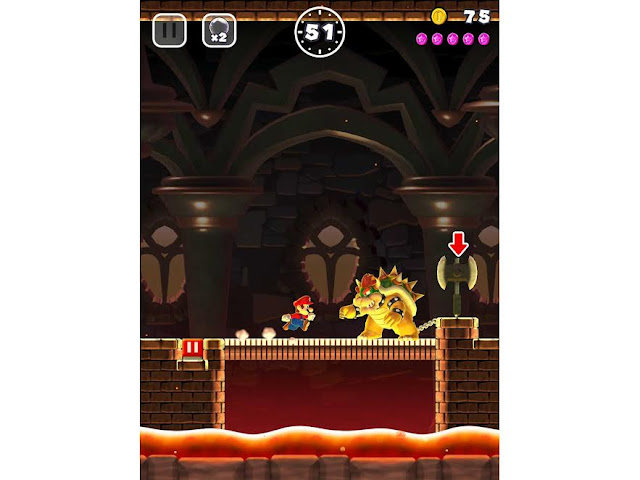 Kalypso, the publisher behind other console strategy and simulation hits as Tropico 5 and Grand Ages: Medieval, has announced that Valhalla Hills, a procedurally-generated strategy game, will be released on the PlayStation 4 and Xbox One. The game will be released in Europe/ Australia on January 27, and North America on February 28.

As you can see in the trailer below, this is an intriguing little game. The feature set, according to a press release:

Kalypso generally spots the better examples of this genre, so this game is one to watch for sure. January 2017 is shaping up to be a surprisingly busy month now.