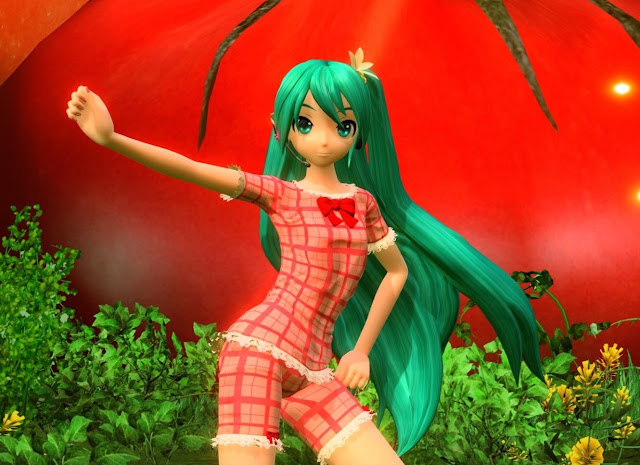 Well, colour me very pleasantly surprised. The greatest rhythm game ever made, Hatsune Miku: Project Diva Future Tone is being localised into English.

Related reading: Matt’s writeup of the experience of going to a Hatsune Miku live concert.

I honestly didn’t think this would happen. Future Tone is a mammoth game, with over 220 different music tracks, and that was always going to make a localisation difficult. The sheer amount of licensing that SEGA would have had to negotiate with the producers of the music would have been and epic underraking all in itself. Apparently SEGA felt that the effort was worth it, however, and from January 10 next year you’ll all be able to experience the brilliance of the game that die-hards such as myself have been playing since its release in Japan earlier this year.

Future Tone is a arcade-perfect port of the timelessly popular Hatsune Miku arcade game in Japan. And, sure, you’re going to find some dud songs in that track list of over 220, but you’re also guaranteed to find enough music there that, regardless of your taste in vocaloids, you’re going to have more music tracks to enjoy in this one than any other Miku rhythm game. I myself have already dropped in excess of 300 hours into this game, and I’m not looking like stopping any time soon.

If you’d like to read more on the game, then you can enjoy my 4,500-word review of it. I guarantee you it will be the most comprehensive review of a Miku game you’ll ever read.

In addition to all that music, you’ll be able to play dressup with your vocaloids, with over 300 different costumes to unlock. These range from the fanservicey (so sexy bikinis) to the elegant, graceful, and just plain weird.