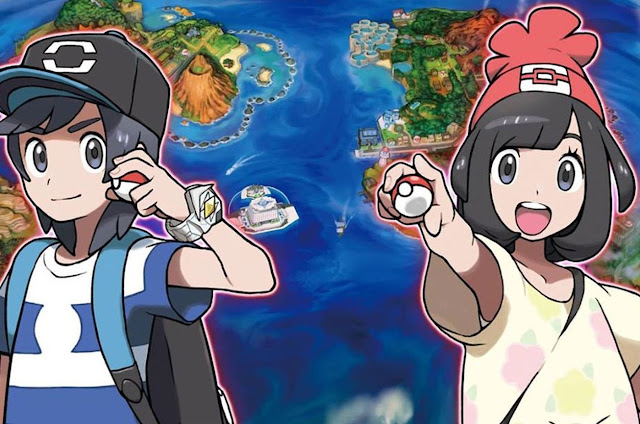 Pokemon has been a fading franchise. I know I’m going to get a horde of people yelling at me for saying that, but here’s the reality; without actually changing anything about the core Pokemon game, Game Freak has churned out iteration after iteration, each time with new (and quite superficial) features, as well as a series of increasingly-weird looking monsters that were rarely as inspired as their predecessors.

Related reading: The best alternative to Pokemon on the 3DS is Yo-Kai Watch. Check out Matt’s review of the first one here.

Except everything needed changing in Pokemon, because complacency meant that with each new generation of the games they became that much less of a highlight of the year, and each was that much easier to ignore. There are sales charts floating around of the series, if you’re interested. The picture that they paint aligns with what I’m saying; Pokemon will forever have a large dedicated fanbase, but its lack of innovation is leading to a diminishing ability for it to find new audiences. 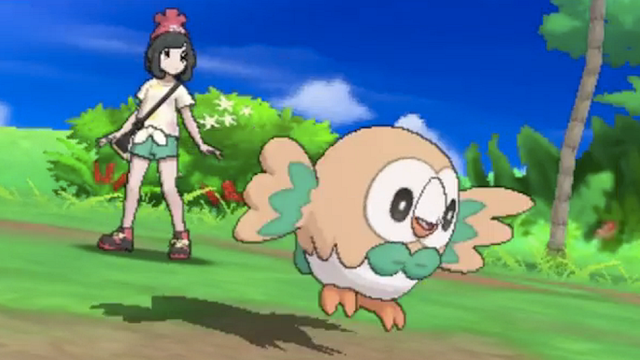 Of course, then Pokemon Go came along and reintroduced the franchise to a new legion of players (even if they didn’t hang around). Hopefully those same players are inspired to give Pokemon Sun and Moon (S & M) a go, because this is the greatest effort that Game Freak has undertaken to modernise the franchise yet.

Pokemon S & M does away with the standard gym structure, for a start. Instead, now, progress is charted via a series of dungeons that end in boss battles, with powered-up Pokemon. Woven into that is a more consistent narrative featuring an antagonist group called Team Skull; a bunch of punks that are just delightful to beat up on. In previous Pokemon games the battles with the “Teams” was always a temporary diversion, or a vignette of a story that provided a break from the formula of wandering into a town, beating up on a gym leader, collecting his/her badge, and moving on to the next town. Beyond the rivalry with the “Teams”, Pokemon games have always provided snippets of witticism in the comments that characters will throw at you along the way, but never woven it into a cohesive whole or offered characters of real depth. S & M makes a much better effort of giving players a context that extends beyond “collecting monsters and fighting them.”

It helps that, finally, Game Freak has built an engine that gives you a more intimate look at the world than the cold, clinical top-down perspective that dominated the Pokemon games previously. Here the perspective changes depending on what you’re getting up to, but for the most part the camera is zoomed in close enough that you’ll get a sense of character and personality from the protagonist. Coupled with the environments, which are more vibrant, exotic, and interesting than we’ve seen in previous games, and I felt much more invested in what was going on, where in previous titles I was more interested in the abstract accumulation of monsters and levelling them up. 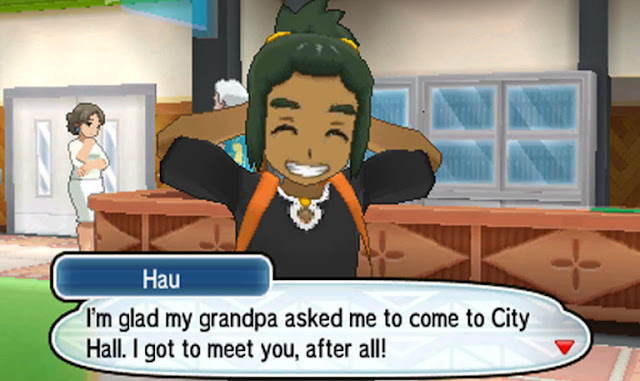 Of course, the capture and training of pokemon remains absolutely integral to the experience of S & M. And as usual Game Freak have done a brilliant job of catering to just about every level of OCD you can imagine. You’re going to end up with enough interesting pokemon just wandering through the main quest line that you’ll be more than happy with the teams you end up with. Each area offers a carefully balanced mix of new and old pokemon designs that players of every walk of life will be happy. I found a Growlithe early on, for example, and was over the moon, because he was one of my favourites from way back on the Game Boy. But then I also loved my Owlett starter, and a couple of the newer pokemon that I came across, too. The woodpecker-like Pikipek became an instant favourite, for example.

But right from the start there are plenty of opportunities to head off the beaten path to collect more rare monsters. A NPC asked me to go find a Drifloon in a nearby graveyard, which was not essential to explore, but offered a few handy ghost-type pokemon to recruit. I spent ages in that graveyard trying to track down a Drifloon, because I’m obsessive like that. Never even intended on using it. While I rarely play JRPGs for open exploration (I’d be sorely disappointed with the genre if I did), I do like how Pokemon has always provided very meaningful rewards in taking the time to explore, and I really appreciated just how much exploration this one allowed. I also like how Game Freak has always been quite clever in helping observant players out in finding these secrets without holding their hands.

As with other recent Pokemon games, there’s an awful lot of features bloat that I would argue is quite unnecessary, and I doubt that most players will be interested in doing everything that S & M allows you to do. That being said, there’s enough of a range here that I do think there’s something for everyone, and that’s very much in line with the modern Pokemon philosophy. The best news is that the online features remain robust and addictive, and Pokemon’s competitive scene will not lose anything to what Game Freak has done here. 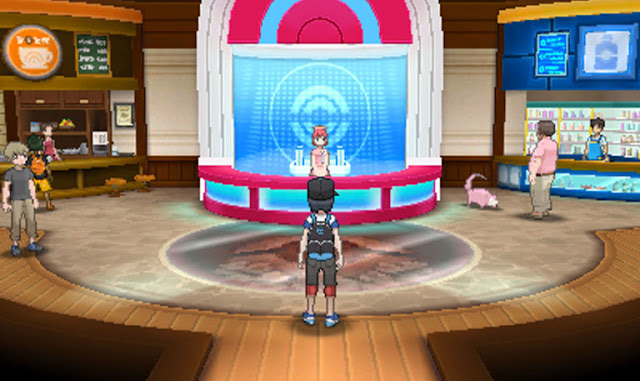 Ultimately, Pokemon is a coming of age story, as told through the analogy of monster collecting and battling. This new game loses none of that, but in building a greater sense of narrative into the action, has given it a greater resonance and purpose. This is also the most creative that Game Freak has been with the franchise in quite some time, and players who had grown tired of the iterative approach the developer had been taking may well find this one a Renaissance for the series.

Related reading: An argument for why Pokemon Red/Blue will forever be the best in the series.

And I managed to get through this entire review without making a single S&M joke. You have no idea how proud I am of that, dear readers.