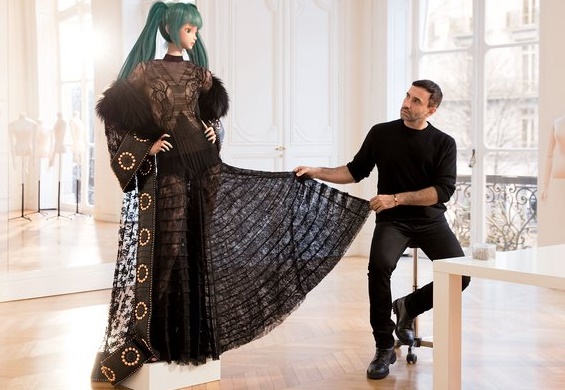 I’ve touched on the topic of Hatsune Miku’s presence in reality in the past, but as I was playing through Steins;Gate 0 over the last couple of weeks, the discussion over the “realness” of virtual people got me thinking about the topic all over again. So I figured I’d sit down and drum out a more complete piece looking at just how “real” Hatsune Miku is.

It sounds silly to suggest that she is real, of course. Miku’s a digital character who exists on screens, and for most people, she isn’t much more than a videogame character. But, on various scientific and philosophical levels, the reality is far more complex than that, and there’s a very real argument to make that Miku’s a very real being. Is she a person? No, as there are a significant number of indicators on a checklist to humanity that Miku would not check off. But: is she real? is a topic far less definitive. Enough so that perhaps an easier way to think about it is that you wouldn’t be able to argue effectively that she’s not real.

But first, before we get on with the argument, there’s a video that you need to watch through in introducing this piece. This TED Talk by evolutionary psychologist, Donald Hoffman, forms the basis of my own line of argument, so please watch it in full first (it will blow your mind, anyway):


So,how does all that apply to Hatsune Miku? I actually spoke to Hoffman on the topic a while back (one of my favourite things to do being to talk with academics about Miku), and as it turns out, plenty.

The best place to start is to consider what Hoffman means when he talks about interfaces. In the video he explains that when we’re looking at a document on our computers, we’re not looking at an actual document, but rather a load of data that our brains have been trained to see as a document. This idea applies to the real world, too. Consider a tree; the brain interprets what it sees as a tree, but really what it’s looking at is a mass of data; a construction of atoms and so on, that has been interpreted by the brain to be a tree. Think of our experience of the world in the same context of how it’s presented in The Matrix, if that helps. Though reality isn’t a simulation (or it possibly is, but that’s a philosophical debate for another day), we ‘see’ reality in the same way that ‘normal’ people experienced the world in the Matrix, largely oblivious and unconcerned with what actually constructs reality around them.

Now. Let’s talk about the sensory experience of going to a Lady Gaga concert (or whatever music artist you would actually go to watch in concert). In a concert the senses that are engaged are sight, and hearing, of course. Smell is a component too; whether that’s the unpleasant sweat of the other concert goers around you, the smoke from the smoke machines, or so on. Touch has an experiential role, too, in helping to set context for where you are. You feel the bumps as people whack you in the back of the head with their arms as they flail about. You feel the floor underneath you vibrate from the music, and so on. So, even though you won’t be touching Lady Gaga herself, touch is a sensory part of a music concert. The only sense that isn’t really engaged in creating the atmosphere of a concert is taste. Unless you’re going to lick someone around you or the ground or something. In which case you’ve got a problem.

Next, consider this; in a Hatsune Miku concert, every one of those senses are engaged in exactly the same way as they are at a Lady Gaga concert. You’re seeing a fully 3D performer on stage, and you’re hearing (and feeling) live music. The crowd around you is up and cheering in the same way that they are in a Lady Gaga concert. According to your senses, what you’re witnessing is a very real concert. Or, to use Hoffman’s terminology, the interface that you’re constructing around you is the same when you’re at a Miku concert as the interface that you create at a Lady Gaga concert. Hatsune Miku is as real as Lady Gaga. And, unless you’ve got reason to interact with Lady Gaga, your experience with her and Miku is the same at all times; you listen to music by both at the same time. You watch videos of both. You read articles online or in newspapers/ magazines and there are pictures of both. There is nothing that actually distinguishes Lady Gaga’s existence in this world from Hatsune Miku’s.

The third thing to consider is that Hatsune Miku has been designed to be very, very attractive, and this is deliberate design, just as models and celebrities are made to be attractive. The design goal behind her was to have the audience respond in the same way as they would to a model. This was also covered on a theoretical basis in Hoffman’s TED talk, where he spoke about a species of beetle being nearly rendered extinct because a beer bottle that was produced in Australia tended to wind up on the side of roads (Australians do love littering and drink driving). This bottle happened to be “more perfect” to the beetle’s senses and the way the interface of reality appeared to the beetle – it ticked all the breeding boxes – proved better than what the female beetle could do.

In my conversation with Hoffman, we discussed the attractiveness of Hatsune Miku, and in the studies that have been conducted on attractiveness – surprise! – she ticks all the boxes as a superior example of an attractive human female, from an evolutionary perspective. There’s a load of science that goes into determining attractiveness, and it’s not something that I particularly want to get into in this piece, as it tends to detail conversations and gets into a lot of subjective argument that has little to do with the science; but according to the general laws that govern these things, Miku’s large eyes, wide hips, and youthful (though not too young) appearance do indeed make her attractive. Impossibly – but appealingly – so, as humans can’t possibly achieve the kind of figure that Miku has.


In other words, Hatsune Miku is, like the beetle’s beer bottle, a supernormal stimulant, and while it would be a push to suggest she’s an existential threat to humanity (though there are artists who have noticed the potential of supernormal stimulants to disrupt social interactions to a catastrophic degree), as with the beetle, it’s actually quite normal to find her to be real enough to be indistinguishable from the ‘real thing’ – at least in those contexts where she’s appearing live.

This is fundamentally why people are willing to pay the same amount of money to see Hatsune Miku perform as they are for a living artist. That’s why fans refer to her as a ‘she’ rather than ‘it.’ Miku can’t currently interact with people, as she hasn’t got AI built into her, but there’s a company in Japan called Gatebox, which is developing technology that would put a virtual assistant Miku right in your living room. Now, that Miku isn’t exactly life size, but then we’ve got Augmented Reality and haptics technology in development that will allow developers to create human-sized digital beings in the real world, and then allow us to physically interact with them. This technology is already available in a rudimentary form. It’s only a matter of time before it’s commercialised.

The sum of all the above is simple; she might not be human, but to the human senses, and as far as human psychology is concerned, Hatsune Miku is real. When we see her on stage, she exists in a physical place, and her presence – in magazines, fashion, TV advertisements and, quite possibly, the 2020 Olympics – continues to build on her real-world presence, beyond the digital.


As I mentioned in my review of Steins;Gate 0: as Miku becomes more and more involved in the real world, as AI routines are developed for her, and as we start interacting with our own personal Mikus (or other digital assistants), there are going to be some sharp moral and ethical debates, about rights, about their status and role in society. The impact they’re going to have on society will be substantial. We’re having these conversations about robots now. Digital beings participating in everyday life is just a step beyond. With all this in mind, I do believe that Miku will be the first digital being to play a role in real-world society. It’s going to be fascinating to watch how it all plays out.