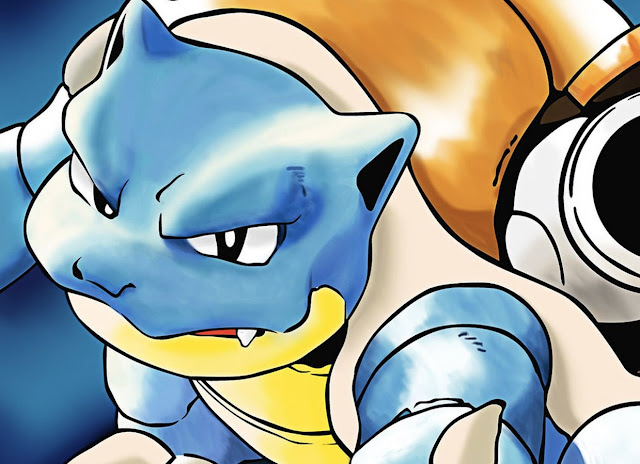 In 1998, two years after realising that it was onto something big in Japan with a humble game called Pokemon, Nintendo and Game Freak unleashed their first monster collecting JRPG in the west, with little fanfare, and minimal expectations that it would succeed (over and over again does Nintendo – especially NOA – make this mistake with the JRPG).

Split into two versions, Red and Blue, Pokemon was a game about collecting, battling, and trading monsters. Its genius was in encouraging people to be social; some Pokemon you could collect in Red couldn’t be found in Blue, and so you needed to trade them (or buy both versions of the game, have two Game Boys and enough time to play through both games to collect all the ‘mons). With 151 different Pokemon to collect in that version, the ability to level them all up to 100, and plenty of hidden secrets and difficult-to-find ‘mons, Nintendo and Game Freak were able to tap into a couple of different but equally addictive feature sets: the addictiveness of forming complete collections of things, and the addiction that many people have in RPGs of statistically tweaking the best party possible.

Pokemon, of course, became a global phenomenon from there and has rarely looked back. Now, with the release of Pokemon Sun and Moon (we have a review for it coming soon, promise), Nintendo and Game Freak are also making their first genuine efforts to modernise the series. For the longest time, each Pokemon game has been an iterative build on what we’ve seen before, but S&M does take the series in some meaningfully different directions.

That being said, Pokemon Blue and Red will likely forever be my favourite Pokemon game for a couple of key reasons: its focus, lack of bloat, and aesthetics.

Compared to the modern Pokemon games, there’s actually not much to do in Pokemon Blue and Red. You follow the familiar story of a youth setting out to challenge gym leaders in each major city in a world, collecting Pokemon and levelling them up on the way. There is a team of criminals that provide a sub-story, but for the most part it’s all about you on your personal journey of growth, as symbolised by a growing collection of increasingly-powerful Pokemon.

What Pokemon Blue doesn’t have, however, is a lot of the superfluous systems that crept into subsequent games. There’s no Pokemon beauty contests or berries to collect, no photographs to take. Pokemon Blue was keenly focused on the task of battling and collecting Pokemon, and you know what? It was the better for it. There was little to no down time as you moved through towns and villages, and it was impossible to get bogged down in features that Nintendo and Game Freak threw in there, more to pad the games out than anything else.

That’s what I really wanted in my Pokemon games; a pure-play focus on the collection and levelling side of the game. I remember restarting Pokemon Blue six times so that I could trade the in-game NPC for a Farfetch’d each time. Then I’d trade those Pokemon to my brother temporarily, restart, and then trade them back. I did this so I could have a team of six Farfetch’d’s, which I then levelled up to 100. A flock of angry ducks; it wasn’t a practical team, but it was an awesome team. Some of that spirit was a little lost in subsequent games because there was so much other stuff going on to distract me, and the OCD side of me (which these games stroke mightily) has never appreciated the need to complete open-ended objectives simultaneously. Especially those beauty contests. I swear to Miku I hated putting my ‘mons through those to try and complete them.

Oddly enough, on another level, Blue and Red were superior to other games in the series because they didn’t have some of the insane nonsense that the combat system has picked up in subsequent iterations. The EV training system, as well as later games having the inflatable balloon mini game that you have to play on repeat in order to maximise the potential of your pokemon, I have found to be very frustrating. I know that those systems are there more for the competitive players, which I’ve never aspired to be; but, again, their presence all but demands that I participate in them in order to get the maximum experience from the game, and it’s just a grind that is beyond even my veteran patience for grinding in RPGs. I appreciated that in Blue and Red there was a more straightforward approach to levelling; just fight more and more enemy monsters. Sure, it was a grind, but it was a straightforward one that didn’t require you to specifically plan out a routine to develop each pokemon in the specific manner that you wanted them to be.

I will forever have a soft spot for the aesthetics of the original Pokemon. Before Nintendo’s line of Game Boys were even doing colour, the simple animated sprites and images that represented the Pokemon held an incredible amount of minimalist charm. Each Pokemon was no more than a blob of oversized pixels on those ancient screens, and yet every single one of them was distinctive and, importantly, cute. I already mentioned my love for Farfetch’d above, but I also ended up levelling more than a few Magmars, and I don’t care what anyone else says, the greatest legendary Pokemon ever is Moltres. That my decisions on which pokemon to take into my party were driven by favourites, rather than their more abstract statistics, is testament to how much Game Freak was able to do with so little power; these things didn’t even animate in battle, and yet I still loved ‘em.

There is a popular saying in the arts world that constraint and restrictions liberate creative freedom, and I actually think that applies to the Pokemon games. Though the games have remained attractive over the years, and the pokemon continue to be ridiculously cute, there is a sense of the ridiculous that has worked its way into some of the newer designs. With Pokemon Blue, the available resources to display characters was limited, so the developers generally stuck to monsters that looked close enough to real animals to be instantly recognisable. Now the art designers have the capacity to do basically anything they’d like, so the critters are becoming increasingly fantastic, and increasingly I’m finding myself less attached to them. To this day my parties in Pokemon games are drawn from the monsters that were there in the first (and to an extent, second) generation of ‘mons.

None of this is to take anything away from what Game Freak has done with more recent Pokemon games. They’re wonderful and I completely appreciate their success. However, I still believe Blue is the best Pokemon game ever. It’s not just nostalgia speaking here; with Blue and Red being available on the 3DS Virtual Console, I’ve redownloaded them and can confirm that, yes, I simply prefer these games.Time will tell whether the new Sun & Moon are able to change my mind on Pokemon, but I think it’s telling that I stopped playing Sun for a couple of hours on the weekend to drop back into Blue, and this game is new to me right now.