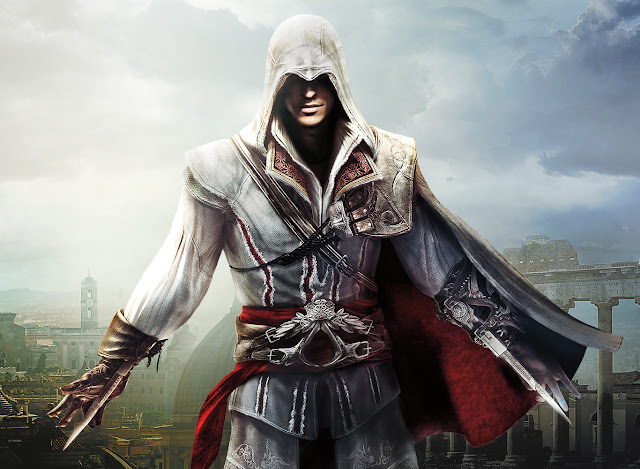 Ubisoft doesn’t have a new Assassin’s Creed game for this holiday season; the first time in a while. Rather than allow Christmas to go without anything from the series, however, the publisher has instead bundled up a number of the older games in the franchise – the ones starring Ezio – and released it as a single package.

Related reading: The most “new” Assassin’s Creed is Syndicate. Our full review.

On the one hand this Ezio collection is quite limited. Very little work has been done to remaster these games for the newer hardware, and they are showing their age now, substantially so. I find this amusing since these games were praised for their visuals back when they were new. This is the problem with realistic art direction. Using the most modern technology possible to render the most lifelike characters will wow people when it’s new. That technology is quickly superseded, and then you’re left with something that is simply inferior to what has come after. Looking back at Assassin’s Creed’s earlier games today (especially AC2), it can be difficult to see what all the fuss was, with stilted character animation, poor texturing and an open world surprisingly devoid of detail. It is games like these that remind us that perhaps developers would be wiser to employ abstracted, but timeless, art direction; at least, if they have the intention to re-release the game down the track.

That all being said, it is wonderful to step back into Ezio’s shoes, and the guy has a great sense of style; the assassin’s costume is timeless, and for the most part the games themselves have held up over the years. Assassin’s Creed is more than another open world series; for me it’s historical fiction in which bumping into characters like Leonardo Da Vinci and scaling classic buildings is as much fun as completing missions, and while Ubisoft has always loved filling its open worlds with pointless busywork to pad the clock out, I’ve always found the superficial stuff easy to ignore in enjoying the recreation of history. A lot more work goes into this stuff than I think most appreciate; I am certain that Ubisoft has large teams of researchers to ensure that, while the games in this series aren’t historically accurate, they are authentic. 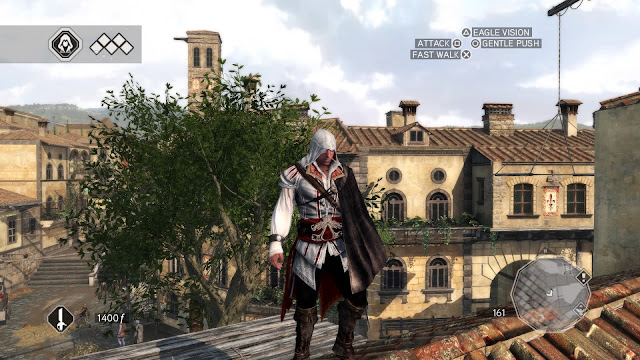 Ezio has a fun story to follow along with, too, as he moves from a roguish womaniser in the first game to become a potent assassin by the time Revelations rolls around. Back when these games were new we didn’t have too many other characters to rank Ezio against; but even today, there are only a few from the series that I like more. Aveline from Liberation is one of my favourite characters of all time, full stop, and the three heroes from Chronicles were more interesting and diverse; but aside from the fascinating spin on the franchise that Irishman Shay brought in that forgotten Assassin’s Creed (Rogue), Ezio is certainly the most charming and interesting of the “main” Assassin’s Creed protagonists. Perhaps it’s just the accent. Italian accents make me swoon.

In replaying the old Assassin’s Creed games, there are reminders for just how far the series has come, above and beyond its art style. For the longest time the series grappled with creating a combat system that was worthy in its own right, and in Assassin’s Creed 2, especially, that rawness is hard to look past, with melee combat lacking the tactical depth and fluidity of later games. It’s not that it’s a bad combat system, per se, and there’s certainly the ability to carefully time parries in order to skilfully wade through large hordes of enemies, but it is nonetheless more limited than is good for it. After a couple of hours, the thrill of fighting in combat wears thin.

Level design is another area where later Assassin’s Creed games have improved markedly over the years, as basic stealth gameplay has been replaced with more nuanced and layered quest progression. There’s nothing wrong with how these games play out (well, two of them – I’ve never been a big fan of Revelations, which often feels like it is trying way too hard to be a big budget action game), but most of the missions in each have a much more straightforward approach to them. 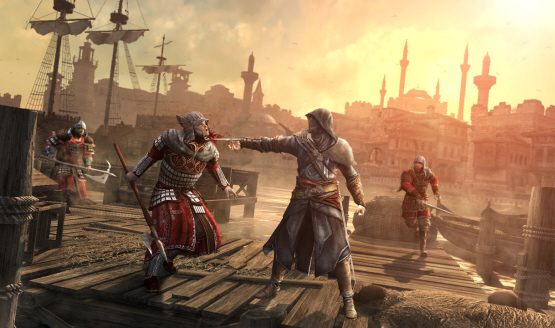 I know all of this sounds critical, but I really do love the games (again Revelations aside). I just think that people who came to the series later will be surprised by just how far Assassin’s Creed has come, when typically people complain of the opposite: that the series is churned out with minimal changes from one to the next.

What we do get from this package, however, is a lot of classic Assassin’s Creed. There are dozens of hours in each game, easily, and the narratives hold up really well. As I said, Ezio’s a great character and Italy is a gorgeous backdrop. For the same reason that I will always find time for the Samurai or Dynasty Warriors games, I will always have time for Assassin’s Creed. Its historical context might be presented in mere snippets at times, but as a student of history, that’s more than enough. I’ve actually learned quite a lot about periods of history I wasn’t so familiar with after one Assassin’s Creed or another has thrown me a snippet that I’ve then felt compelled to research afterwards.

In fact, Assassin’s Creed 2 got me stuck right into classical Italian architecture when I first played the game back in 2009. Primitive as it all looks now, still, there are some imposing buildings and environments that fill me with a sense of the awe they must have inspired in locals back then through that period of history. 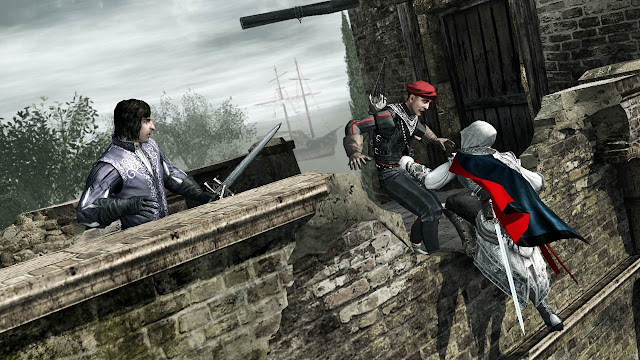 Related reading: The Assassin’s Creed Chronicles series is also essential. Matt’s review of the third in that trilogy.

I know I’m often critical of big budget blockbusters, but the Assassin’s Creed series has always been one I’ve enjoyed because of that historical context. This specific package of games has clearly been designed to fill a gap in Ubisoft’s schedule for the series. It shows that none of the main Assassin’s Creed games are going to age particularly well, but it also does a good job of highlighting – when freed of the expectations that come with being a blockbuster – that the real strengths of the series are far more subtle than the graphics or size of the cities that it renders.