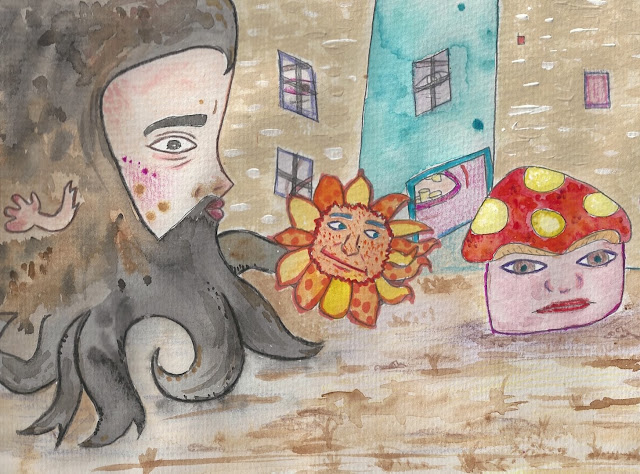 One Way Trip is like videogames’ answer to the stoner road trip movie – those classic films like Up in Smoke, Harold and Kumar, and Dude, Where’s My Car?. If you take that to mean that One Way Trip is a bizarre, nonsensical trip that could only have been dreamed up by someone who was high as a kite, you’re on the money. But for all their oddities, stoner flicks – the best ones, at any rate – can be unexpectedly thought-provoking and heartwarming.

Through a visual novel framework, One Way Trip tells the story of Barry and Gordon, two regular, everyday college kids living in a regular, everyday post-apocalyptic dictatorship. When they discover that they, and almost everyone else in Nation, have been poisoned and only have six hours left to live, they set off on a journey to find the cure.

And what a journey it is! You’ll ride a “roachwolf” and a jet that looks suspiciously like a paper plane, fight evil drones (which may or may not be made of pieces of dead human) and animal men, befriend a robot who’s just learning how feelings work, hang out with superheroes, hallucinate… And through all these, you’ll question the very meaning of life, your place in the world, and what’s really important. 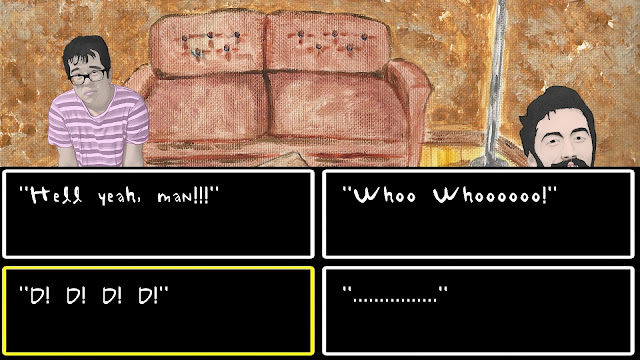 Sure, most of the dialogue plays out in that California stoner dialect, and there’s a very liberal approach to punctuation, especially when it comes to ellipses and exclamation marks. That won’t be to everyone’s taste, but if you like the sorts of movies One Way Trip is clearly inspired by, you’ll no doubt find it hilarious.

Then you have the game’s, uh, “unique” presentation. When you think of visual novels, you probably think of pristine anime art and detailed backgrounds; One Way Trip, instead, brings washed-out, rotoscoped characters, backgrounds that look like they were painted by a five year old at the height of a sugar rush, and simple MS Paint-looking visual effects.

But you know what? This completely batbleep aesthetic works. Not only does it perfectly fit the premise of the game, but it’s so surreal that it makes it hard to not get swept up in the bizarre fantasy. The approach is unorthodox to say the least, but I can’t think of any visual novel I’ve played that’s quite so immersive – which is impressive for a game that at one point has you fighting a humanoid wall with eye-lasers, born of an effort to decrypt corrupted data from digital backup of someone’s personality and memories. 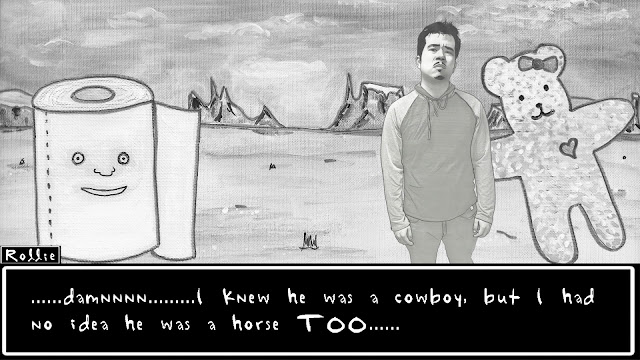 What all this means is that when it comes time to help a hapless Barbot fight through the existential crisis of not being able to mix drinks anymore, the character development that follows is genuinely moving. It’s so captivatingly surreal that you can empathise with an unevenly-painted portrait of what looks like a personified drinks dispenser wearing cowboy boots. When “Boobs Cowboy” (who isn’t a cowboy, nor does he have boobs) starts waxing philosophical about time travel and general relativity in the middle of a poison-induced hallucination, you can sit there nodding along, having your mind blown by how much sense it’s all making.

Unfortunately, One Way Trip does suffer from some pacing issues, especially towards the end. The game isn’t exactly made up of a carefully constructed sequence of events, and for the most part that works, but the last chapter in particular felt rushed and then just kind of… ended, with the grand conclusion to this trip confined to a single line of text. The game essentially boils down to choosing how you spend your last hours alive, and figuring out what you value in life, so for the outcome of that series of events to be reduced to such a footnote

The other frustration I had with the game were a few moments you’re given the choice to take a break from the main game to play “a reboot of a really old game… from the 1900s, I think? Like, wayyy back almost at the start of video games…” The game in question is similar to One Way Trip itself in some ways – it’s also a visual novel with a similar aesthetic (except confined to a monochrome, LCD-esque colour palette) – but it has none of the charm of the parent game. It’s essentially a game about being a college kid, taking drugs, going to classes like “Cowboy Class”, hanging out with friends (a lot of whom are vegetables, for some reason). 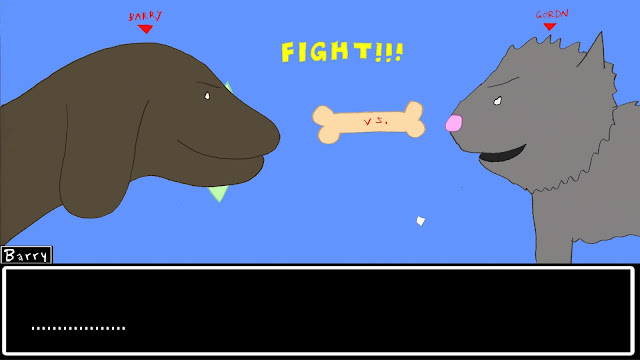 One Way Trip is, oddly, non-sensical in a way that makes perfect sense; its minigame is just non-sensical. Most of all, it’s just boring, as you live out the daily grind of a college kid. It offers a vaguely interesting contrast to One Way Trip – an aimless meandering through life – but it’s just a slog that if I wasn’t reviewing the game, I would likely have given up on One Way Trip as a whole during my first encounter with this minigame. If you have the foresight to skip it by simply saying no when asked if you want to play, but if you say yes, you’re stuck playing this frustratingly banal distraction until its end. Like I said, it’s an interesting contrast to the themes of One Way Trip, and I think the tedium of it even adds to that, but for me it just went so far that it distracted from the main game.

Related reading: For another massively surrealist game (or even anti-game, if you will), check out Daydreamer. Matt’s review.

As long as you reject any offers to play that game, you can expect a wild ride in One Way Trip. Like the best of the stoner flicks that came before it, it’s completely, hilariously outlandish but with a lot of depth underpinning that – not unlike a real drug trip, I guess.