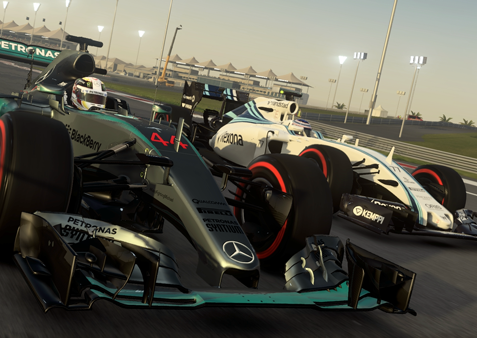 As a kid, F1 was always the speed fantasy for me. Sleek, aerodynamic cars that go incredibly fast down expansive tracks designed to test the limits of drivers – it’s no surprise that the sport continues to grow in global popularity year-in, year-out. Playing F1 2016 on the other hand is a completely different experience. I’m sure it’s as authentic an experience as you’ll ever get on your couch holding a PS4 controller, but speed fantasy this is not. It’s a stressful catalogue of micromanaging tyres, car damage, fuel types and occasionally taking a look at the road as well, making this one of the most technical racing games available.

F1 2016 comes to us from racing genre veterans Codemasters, who have held the license for the genre for a number of years, and is also famous for the Colin McRae, Dirt and Grid series of hardcore racing games. F1 2016 comes as an adaptation of the professional Formula One scene, and boasts near documentary quality attention to detail. All the stops are taken to ensure the most realistic experience for players, down to the specific teams, car and track design. This is any F1 fan’s dream outside of actually being in the driver’s seat at the main event, and it’s refreshing to see the sheer care taken by the developers to craft this experience.

To outsiders of the scene, however, it might be hard to see the appeal. The entire meta of F1 is about little tweaks and efficient turns to shear seconds off a lap time. The format doesn’t lend itself well to flashy car models, spectacular overtakes or even scenic race tracks (and trust me when I say Codemasters try really hard to implement the latter, but are held back by camera perspective and racetrack design), so there’s not much extrinsic motivator to keep someone playing. This is further hindered by the game’s tutorial, which more or less assumes the player already knows the rules of F1 and instead just gives tips about super specific racing techniques such as drag reduction that would seem like a completely different language to new players. 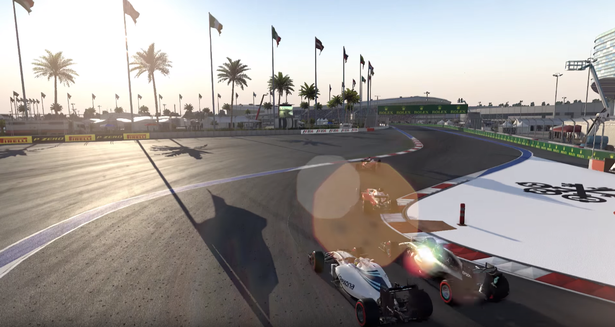 There is definitely the room to learn and improve however. F1 offers a variety of different ways to practice laps and view your overall stats, so that you can make the most of the Career mode races when it counts. Practice also nets you some upgrade points that very slightly improve your car, though I felt that I couldn’t really put most of these little bonuses to use until I really got accustomed to the game’s systems. The focus on practice means that players are going to take this game seriously as a sport, adding further to the realism and making this game a great entry point for casual viewers of F1 who want to dive into some hands on participation in the sport.

The main meat of the game lies in a robust Career mode, where players can customise their teams and the challenges they face as they climb the ladder to the championship. Difficulty goes up from Easy to Legendary, but even Easy gave me trouble when just starting out. Getting used to the speed, acceleration and handling of the car, as well as the brake times before turns, took a while and my overconfidence led me straight to the bottom of the rankings table. After some learning experiences however, Career mode becomes incredibly addictive and pulls out all the stops to immerse you into the life of a professional F1 driver. The overall affair does at times feel artificial and business-like, making you forget that you’re even playing a game, but I’m sure that there are a few racing fans out there that would revel in the added layer of realism.

On the track, the myriad of customisation options and car stats can be overwhelming. While steering with the left analog stick, the D-Pad allows for real time management of all the little factors affecting your car. The controller also blares out instructions such as road conditions, car damage and whether or not you should go in for a pit stop. It’s perfectly fine to drive normally in the easier difficulties, but step up past Hard and all these little issues will significantly affect your standings as a racer. The casual racing fan should be wary; getting good at F1 requires not so much twitch reflexes as it does strategic decision making while moving at 200+ km/h. 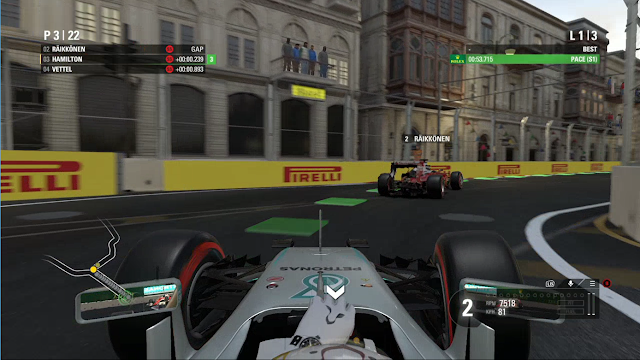 The track selection itself is quite diverse thanks to the good work that the F1 championship has done in diversifying the races in the calendar, with tracks spanning a wide variety of international destinations. Each city has been meticulously modelled and animated, so it’s a shame that you won’t be seeing much of it on the racetrack – all the scenery is mostly shown on the overhead panning shots. Otherwise the graphics are remarkable, the tarmac and barriers are nicely textured, lighting effects are jaw dropping and visual fidelity remains velvety smooth regardless of how fast you’re going. As for sound, you won’t be hearing much outside of your engine noises; as with every other facet of the game, realism is key.

While I’d find this game hard to recommend to a casual racing fan, those looking for a challenge will certainly find it in Codemasters’ latest foray into the racing genre. The meticulously researched and replicated F1 scene will be a delight to gamers searching for a realistic experience, and who don’t mind a little research before they get ready to leave their opponents in the dust. The depth available in F1 2016 is staggering, and the difficulty can ramp up to ludicrous levels. I’m impressed with the excellent work that Codemasters put into the latest addition of the F1 series, and I’d be just as impressed to watch someone play this game on Legend difficulty and win.

Review: Alone With You (Sony PlayStation 4)