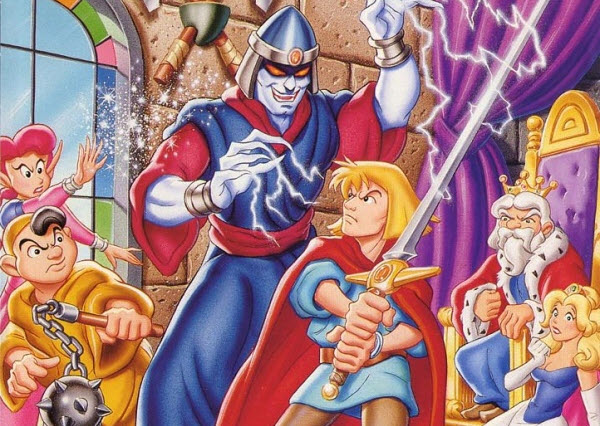 If the game mentioned in the headline sounds somewhat familiar, there is a good reason for that. A while back I was on a serious strategy/RPG kick, and was talking at length about the Shining Force series of tactical games. These were among my favourite titles on the Sega Genesis, and while I would love to see the series resurrected at some point, at least most people have heard of the games and recall them fondly.

However, I tend to get a very different response from those same people when I bring up Shining in the Darkness. Few people seem to immediately recall the game, despite the fact it has shown up in different compilations over the years such as Sonic’s Ultimate Genesis Collection, the Wii’s Virtual Console, and on Steam. Worse yet, I had several friends that tried the game and absolutely disliked it. Of course, they were never fans of the dungeon crawling genre, ignoring titles like Wizardry as well. Still, I was able to get them to play more obscure titles like Warsong and Nobunaga’s Ambition, but not a single one of my buddies growing up could bring themselves to play Shining in the Darkness for very long.

To this day, I fail to understand why.

Admittedly, the genre itself has a somewhat high barrier of entry. Dungeon crawlers have always been notorious for their difficulty spikes, tendencies towards grinding and the need for a lot of graph paper in those early days before mapping became a feature of the genre. Yet, there has always been something about the sense of exploration to these games that pulled me in. The first person visuals really put me in those dungeons, and it was more than a superficial visual effect, as there was a visceral thrill in looking for signs of trouble or clues in the environment to solving puzzles. My favourite reason for playing RPGs is usually due to the story, and admittedly the explicit narrative has traditionally been lightweight in the dungeon crawling genre. Shining in the Darkness deserves some credit for doing more with the story than many of its brethren in the genre, and making good use of the atmospherics of the world design to help build the scene. 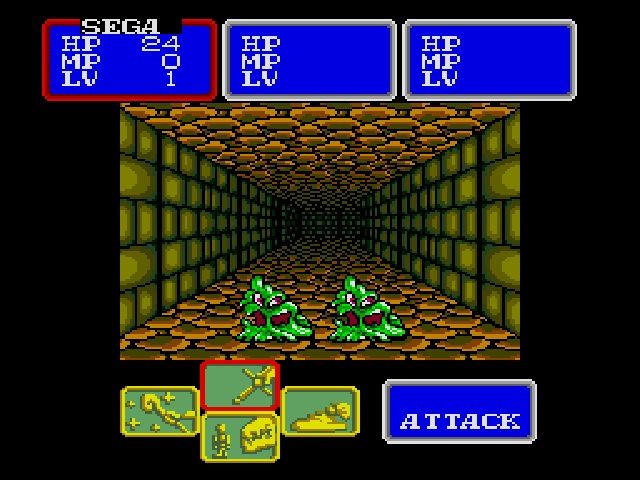 Shining in the Darkness is set in a kingdom called Thornwood, where a princess has been abducted by a wizard named Dark Sol, who shares a similar name, but is not the same dude from Shining Force. In addition to the main quest itself, there are three different characters who can optionally be rescued as well from the depths of the dungeon, or completely ignored if you so choose. I always thought this was very interesting, because having those optional quests opened up some meaningful player agency over the progress of the story, and this is something you did not see very often back then.

There were a lot of elements to the gameplay itself that were simply a lot of fun. I had an entire notebook of graph paper and I literally marched around every single available nook and cranny in the game, detailing out each little square room. It was a testament to the game’s design that I was still uncovering new kinds of surprises midway through the adventure. Often times games of this nature show you everything they have to offer pretty early on, but the game was able to continue surprising me as I ventured further into the depths of the game.

Matt recently had an article that discussed how titles like Final Fantasy made such a big impact on the JRPG genre, especially where grinding up for experience is involved. If anything, Shining in the Darkness rather reminded me of the Phantasy Star series, as those games had a first person perspective during combat, which was turn-based as well. Combat consists mostly of random battles, though there are some boss ones planted in specific locations as well. Your character would use attacks and spells that were powerful but also limited due to magic point consumption. There was no reinvention of the wheel in this game, though at the time relatively few of the dungeon crawlers were built in Japan. Even Wizardry, which is a Japanese series now, was built by western teams back then. Innovation or no, Shining in the Darkness was all very polished and quite enjoyable, if at times frustratingly difficult with the challenge spikes.

I really cannot overstate how visually appealing the game was. The graphics were detailed, with a decent amount of movement for genre that rarely paid attention to animation (such as water effects). There were also bright characters and accents that shared heavily with the Shining Force menu/UI appearance. The menus were among the first to make use of icons to help visually simplify things. Something about it really struck a strong note with me. I used to play this one in my parent’s basement with the lights off and the sound up, and somehow the game itself seemed to mirror my environment. It was an expansive basement that was unfinished, with concrete flooring, distant walls (it was a single, large space) with boards overhead that had a tendency to echo sound and music gently, almost hauntingly. When I was in a passage within Shining in the Darkness, able to see the nearby floor and walls before the darkness engulfed the longer view down the hallway, the setting and ambience rather resembled where I was physically playing the game itself, and the end result is a mixture of imagination and reality that has stuck with me years later. 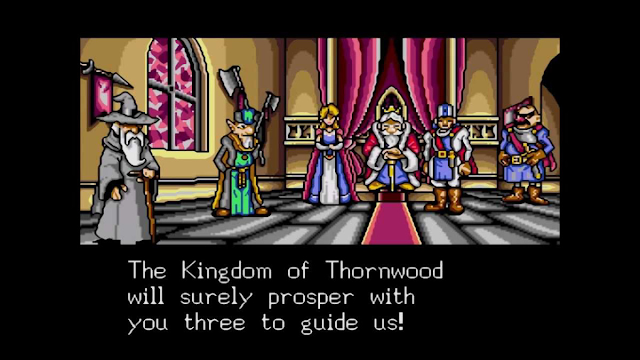 The funny thing is, I was really late to this title. It actually released before the Shining Force games, yet I did not discover Shining in the Darkness until a few years after it released and after I had played the first Shining Force game. It always struck me as both odd and a little funny how quickly I could convert my friends to playing the Shining Force strategy games, but none of them seemed interested in giving Shining in the Darkness a fair shake. It has aged pretty well compared to a lot of the older games I get an itch to fire up, and I believe Shining in the Darkness was ahead of its time in many ways as well. If you are a fan of the dungeon crawling genre and never played this one, I think you owe it to yourself to pick it up on and try it out – I suspect you won’t be disappointed.