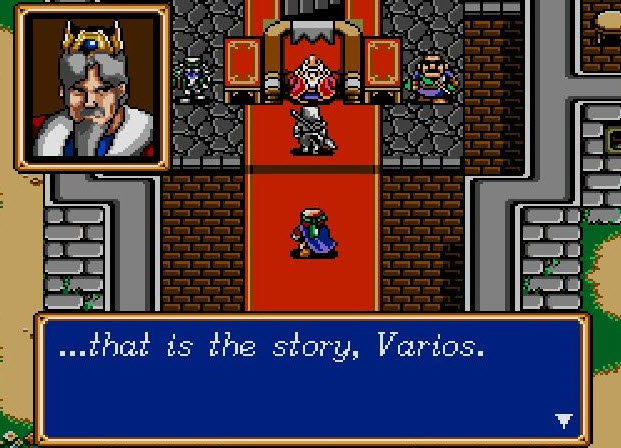 While strategy games have been around for about as long as games have, one title stands out to me as the first I played on that was a strategy/role-playing hybrid. When Shining Force released on the SEGA Genesis back in 1993 in North America, the game was unlike anything I had ever played before, and it introduced me to a genre that ranks among my favourites to this day.

When you ask someone about the SRPG genre, they usually think of Nintendo’s storied Fire Emblem franchise. The most recent release was a huge hit for Nintendo. However, early on those games released only in Japan and only later in the series found their way to North America. Other titles like Warsong captured my imagination and brought something new to the table in the form mercenary troops that helped to create a better approximation of warfare due to a greater number of units.

It amazes me that while Fire Emblem is more popular than ever, and even the languishing Warsong/Langrisser series was able to churn out a mediocre title recently, there has been no sign of Shining Force returning to grace our screens. Sure, there was an iOS re-release, and you can find Shining Force and Shining Force II on Steam and in retro collections here and there. However, we have not had a proper new entry into the series in a very long time, and because of that, now seems like the perfect time to resurrect Shining Force.

If you never played Shining Force, the premise is a simple one. The kingdom of Guardiana has known centuries of peace, but monstrous hordes have been seen gathering near the Gate of the Ancients and threaten the land. As the young and aspiring young swordsman, you will lead a variety of troops into battle against the Runefaust hordes. This story is obviously lacking in originality now, but being completely frank, it rather was then as well. Some characters were more likeable than others, and the story was typical, comfortable fantasy fare. Plenty of people still enjoyed the game, of course, but rarely will it be held up as a masterpiece of narrative storytelling.

It did not help matters that Shining Force suffered from a common problem that many text-heavy games experienced back then. The phrase ‘lost in translation’ absolutely applied here, as there was apparently a whole back story involving the main character who was found ashore suffering from amnesia and winds up coming to blows with his brother Kane who fights for the opposing side. None of that made the English release. I enjoyed progressing the tale well enough despite this rather major oversight, but what hooked me, and plenty of others, into Shining Force was the sense of character growth, as well as the challenge of trying to figure out the best ways to tackle a given map.

Similar to what we see in Fire Emblem, enemies are largely generic while your team is comprised of specific characters who all belong to a particular class. This class helps to define how the character will grow as they gain experience and develop new skills and gain stat increases. As is pretty common for these types of games, almost every class has some sort of advantage and disadvantage associated with it. I found myself using the incredibly squishy magic users and hiding them behind my beefier units because they would eventually grow into spell casting powerhouses who can do tremendous amounts of concentrated damage, as well as area of attack damage that can really help to mow down the opposing army in quick fashion. Other units have powerful melee attacks, can travel different terrains at greater speeds than others, launch ranged attacks and more. 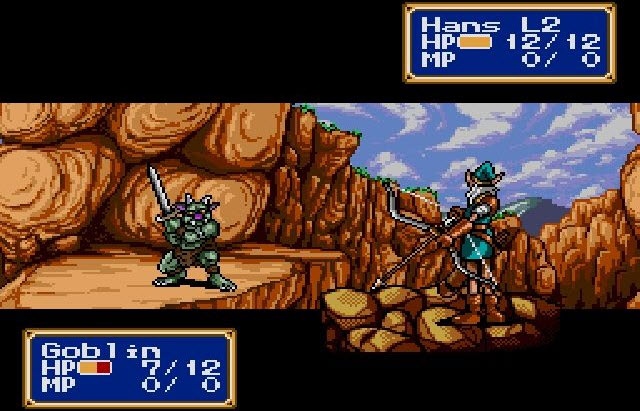 As we have seen in other games in this genre, once troops engage in combat, they slide from the overhead view that is pulled out to give you a view of the map and draw in close to show the combatants. The overall visuals are pretty primitive, as the characters never directly interact during these close-up scenes. You have a combatant that is up close and one who is further back, layered on top of a background that is generally colourful but lacking in movement. The characters go through a quick animation to simulate a sword swing, or the shot of an arrow or perhaps tint the screen an orange hue as a flame appears to burn the enemy. For as simple as these scenes are, the music and often the vulnerability of the character being attacked can make for some tense, dramatic moments – especially later in the game when enemies are much more powerful and better capable of making you pay for a bad strategy by pummelling a character you had thought protected on the back lines but in fact left a little too open.

One thing that really helped Shining Force all of those years ago was that it had a more forgiving pace than the notoriously difficult Fire Emblem games or Warsong. Instead of a character dying and staying dead, your units returned refreshed after each battle. Lose a battle? It is certainly frustrating but you keep your experience gains and get to come at it again – though you do lose half of your money. This does lend a grinding element to the game that made Shining Force more of an actual role-playing game than the Fire Emblem and Warsong titles. There are also two different modes to navigate through the course of play. The majority of your time is spent on the battlefield taking on the enemy hordes, but between battles you are given an opportunity to roam villages and cities and interact with other characters, buy things and add some context to the world around you. In fact, lead developer Hiroyuki Takahashi went so far to say in an interview that Shining Force happened because he could not stand the tempo of Fire Emblem. Instead he wanted to draw upon his experience in working with Dragon Quest titles previously.

The Shining Force games just had a distinctive style all their own. The series made its way onto a handful of different platforms over the next several releases, such as the SEGA Genesis, the SEGA CD, the Game Gear and the Game Boy Advance. In an impressive display of versatility, the Shining series crosses genre boundaries, too, and actually began as a first person dungeon crawler called Shining in the Darkness. I could write an entire article about that game too, as I recall using an inordinate amount of graphing paper to meticulously map out every floor of that game. The games shared similarities in title, visual design and musical score, yet also showed that the series could stand on its own with very different types of gameplay. 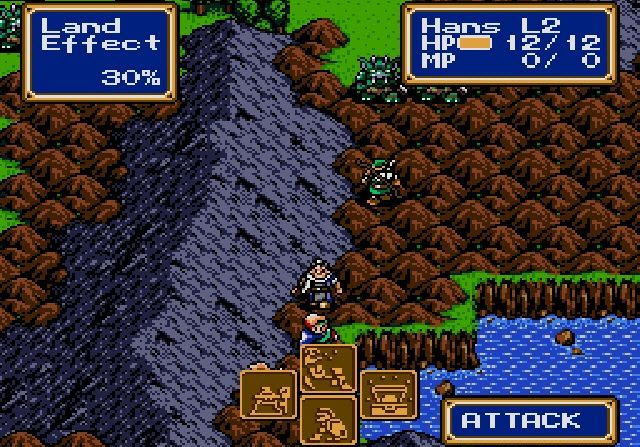 But it is the tactical RPG Shining Force series that I would love to see brought back to life one more time. The recent successes of similar games, as well as SEGA’s own tactical Valkyria Chronicles, shows that there is an interest in the genre, and Shining Force was always unique enough in the past that I believe the titles could provide something thoughtful and interesting today and benefit greatly from technical improvements as well. Will we see one? I have my doubts, but I will continue to hope.