To The Moon getting a 2017 mobile release

All the way back in 2012 Matt reviewed a little indie title called To The Moon for PC. Made with RPG Maker XP by Canadian development team Freebird Games, To The Moon made a strong case for compelling storytelling in experimental games. To The Moon’s sequel, Finding Paradise, is expected to be released within the next six months, so it makes sense that Freebird Games is bringing its 2011 hit to a new medium: mobile. For those such as myself who somehow missed the initial launch, the game’s iOS and Android launch in 2017 will provide us with fresh reason to learn of the story of two time-traveling doctors.

Nobunaga’s Ambition: Sphere of Influence sequel coming to the West

For those seeking more hardcore strategy on the PlayStation 4, you’re going to want to listen up! Nobunaga’s Ambition: Sphere of Influence – Ascension, a strand-alone follow-up to Sphere of Influence, is coming to both PC and PlayStation 4 on October 25. The game highlights battles and events of Sengoku Era Japan; it was a time where military officers and lords were fighting for control of the land. If you don’t want to play as a lord, Ascension allows you to begin as an officer to — you guessed it! — ascend through military ranks. As always with games in this series, Ascension will be historically accurate and feature well-known figures including Yukimura Sanada, Ieyasu Tokugawa, Mitsunari Ishida, Masamune Date, Nyosui Kuroda, and Morichika Chosokabe.

Nnooo-published The Legend of Kusakari getting a Western release

’Tis the week of Western release announcements! Australian-based developers Nnooo expanded its business to publishing a couple of years ago, but The Legend of Kusakari is to be the first game it published that was not made by a fellow Aussie developer; the game was created by Librage, a Japanese developer. Already released in Japan, the title will now be crossing every ocean with a western 3DS release happening on August 25. Never before have I been so excited about a game featuring a grass cutter! Actually, never before have I played a game featuring a grass cutter, period. Shiba Kari must keep the fields clean while warriors fight evil, and that means avoiding the battles around him. We interviewed the developer earlier this year, so read our interview here in anticipation of The Legend of Kusakari’s release! 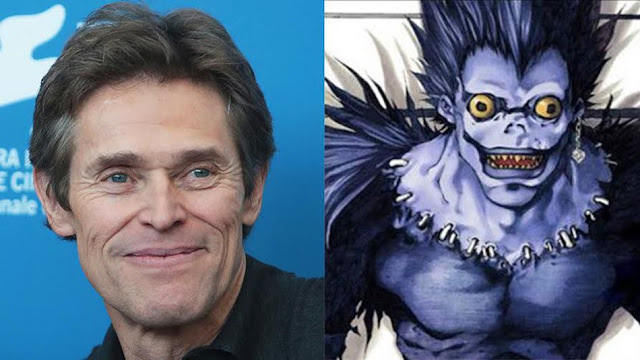 I’ve been following the development of Netflix’s (first?) trek into making live-action anime off and on, and this latest news has given me renewed excitement for the 2017 film. Willem Dafoe has joined the cast as the voice of Ryuk the Shinigami, AKA the reason the story happens to begin with. Interestingly enough, the movie is being directed by Adam Wingard — the man also directing the Blair Witch sequel that is already giving me nightmares. Death Note began as a manga that ran between 2003 and 2006 but it also already has an animated series, several video games, and three live-action Japanese films based on it so it will be interesting to see how the Netflix adaptation (starring Nat Wolfe) stacks up.

Does any of this news tickle your fancy or make you steaming mad? Let us know in the comments! And meet us again next week for a new edition of Catch-up coffee Monday.

On Shining in the Darkness, the forgotten dungeon crawler