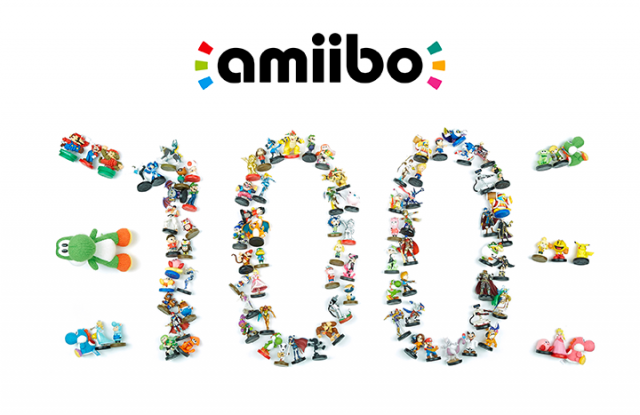 Nintendo launched amiibo, its answer to the booming toys-to-life market, less than two years ago. What began as a sparse river of 12 figures has rapidly widened into an ocean of eternal plastic success. Now with over 100 miniatures and support for dozens of games, the brand has truly come into its own. It also represents a key component of Nintendo’s future outside of its immediate forte (you know, video games). Let’s take a moment to celebrate not just the wealth of characters but the novelty they deliver in spades.

When Nintendo challenged its creative minds to design amiibo for every single character in Super Smash Bros., Mr. Game & Watch likely didn’t spring to mind. With that monotone colour scheme and a two-dimensional presence, the odds were stacked against him in terms of producing a satisfying product. Nonetheless, the prolific chap actually has an edge over nearly all other amiibo. Bundled with one Mr. Game & Watch figure are various extra poses that can be attached to the base stand at will, so buyers essentially get three amiibo variants with one stand. He might not have the fanciest paint job, but utility and ingenuity triumph here to make a glorified stick figure special. 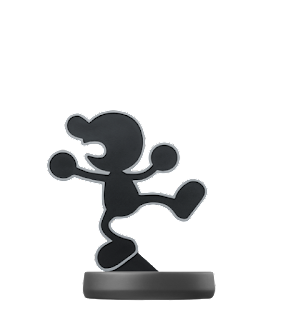 The Super Smash Bros. and Mario series iterations of Yoshi amiibo are plenty endearing in their own right. The Yarn Yoshis, though, are so heart-stoppingly adorable their majesty can’t be contained within only three colours. Having an ethical responsibility to disperse such hazardous concentrated cuteness, Nintendo released a mighty new vessel. Just look at him – what is he if not the grandpappy of all Yoshis? Mega Yarn Yoshi may go for triple the average figure’s MSRP, but you’re not going to find many soft, knitted amiibo and certainly none of this magnitude. Besides, he’s the only one compatible with an exclusive game that requires no Wii U or 3DS to play – cuddling. 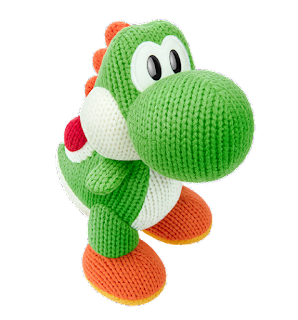 Wolf Link
Packaged with The Legend of Zelda: Twilight Princess HD, amiibo collectors will need to be hungry like the wolf (Link) if they want to nab this baby. Granted, he’s a standalone purchase in some parts of the world, but others got the tail end of that deal. He’s well worth the investment for Zelda fans, though, because he opens up nifty bonus content in the aforementioned Twilight Princess and the upcoming Breath of the Wild alike. His implementation in the latter game is particularly awe-inspiring, as it provides that game’s human Link with a lupine companion who gets his own health bar based on the Twilight Princess data saved to him. Don’t get me started on the gorgeous paint job of the figure itself, which sports a fine craftsmanship unseen in many amiibo. 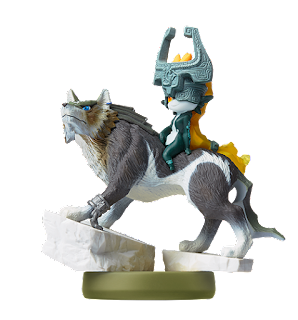 Callie / Marie
Nintendo had the gall to launch Splatoon, a brand new IP, with three separate amiibo figures. Up until that point, all other releases simply recreated established characters, so this move demonstrated utmost confidence in both the brand and an unproven franchise. Fast-forward one year and Splatoon is a global phenomenon owned by one in every three Wii U owners. When Nintendo followed up by releasing the Squid Sisters, Callie and Marie, in amiibo form, it wasn’t just a victory lap but a move that pleased rapid fans of two now-beloved characters. Talk about a storybook ending.
And yes, I technically just cheated there by picking two characters that can be bought individually. There is a definitive duo amiibo out there, however… 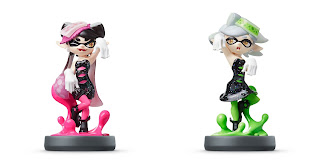 The Timmy and Tommy amiibo is no mere plaything; it’s poetry harnessed in physical form. This statuette depicts the triumph of familial bonds over the omnipresent craw of capitalism. Mario and Luigi, gaming’s most identifiable brothers, are ultimately divided in the name of the almighty dollar. These two raccoons, though, refused to relinquish their brotherhood even in the face of profit. Wolf Link’s amiibo might feature two characters in one, but Timmy and Tommy are acknowledged as legitimate equals on the packaging. In an ironic twist, Timmy and Tommy are responsible for manning a local department store with the monopoly on new goods; their role in society is the same force that tears siblings apart.
…or they’re just together because Nintendo saw no value in selling two identical characters known for being twins. 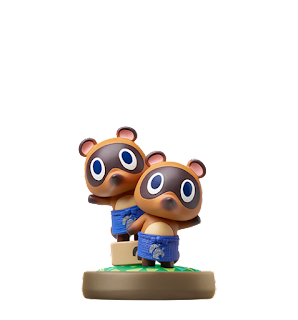 Nintendo might have been responsible for creating the amiibo brand, but that doesn’t mean all the characters represented belong to it. It was a given that figures of Sonic and Pac-Man would be manufactured due to their inclusion in Super Smash Bros. and Nintendo’s strong relationships, but Shovel Knight showed that indies can hang with the best of them. Sporting his dapper shovel and an exclusive purple stand, the Shovel Knight toy is something to behold aesthetically. It’s also the rare amiibo that can actually scanned right through the box, so you can choose to scalp keep the figure looking fresh for years to come while still relishing its in-game rewards. 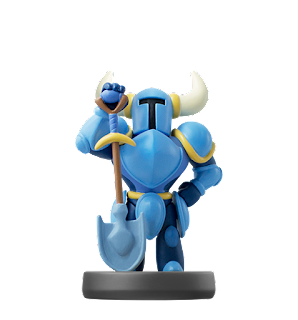 Let’s be honest – if you plan to buy amiibo primarily for gameplay usage, you need some variation of the world’s most iconic Italian. After all, he’s compatible with far more games than any other. But why shell out for the vanilla Mario designs when you can brandish a posh plumber who reeks not of sweat but of class? Gold Mario (of New Super Mario Bros. 2 fame), is basically a comic book variant issue; he’s really not much different, but long-term collectible value is his greatest pal. Pass him up and you’re wasting a golden opportunity. 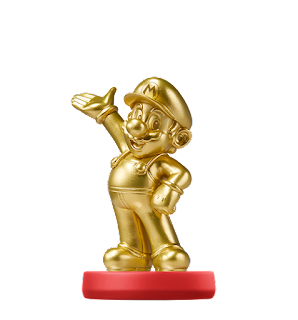 Lucas is a humble reminder that the amiibo brand’s value doesn’t lie solely in bringing popular Nintendo characters to life. Rather, it’s the fact that Mother 3/EarthBound 2 merchandise is easily obtainable outside of Japan and can be found on shelves right next to Mario and Link. Because of amiibo, less prolific characters have been given a second lease on life, along with a fighting chance to return as playable characters or costumes in new games. The forecast for Mother 3 being officially released in English seems sunnier than ever at the moment, but should that storied day never come, we’ve at least got a cry baby mascot to mourn with in unison. 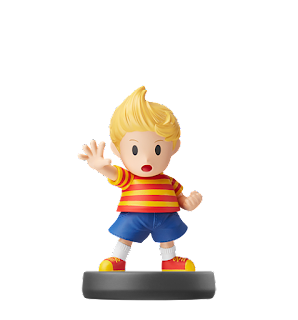 Speaking of tears, it’s a crying shame that the Chibi-Robo amiibo’s core use is tied to a mediocre 2D platformer that sold lousily and may spell the end of the franchise. As far as appealing figurines go, no punches were pulled in the construction of everyone’s favourite automaton. From Chibi’s inviting pose to the lush, green pastures on the stand, It’s a figure you could gift a young’un unversed in Nintendo and they’d still appreciate its novelty. What makes this figure especially neat is that, in the Chibi-Robo universe, these little problem solvers are widely distributed; the amiibo brand has made fiction a reality. Now if only the little guy’s plug actually fit inside outlet, then we’d get to witness traffic jams caused by swarms of teeny, battery-operated robots. 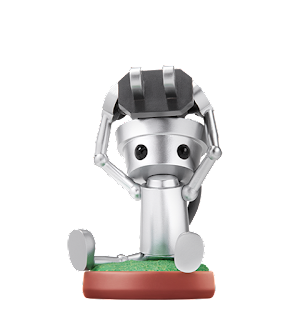 Hammer Slam Bowser
Truth be told, I’m not in love with the look of Hammer Slam Bowser. Why a man of girth like the King of Koopas requires body armour when his weak point tends to be his noggin is baffling. Those spiky shoulder pads are so precariously close to his ugly mug that they’re an outright liability. Rather, I love the tyrant’s use as an ambassador and double-agent. See, Bowser is one of only two amiibo that can transform into one of Activision’s Skylanders at the flick of a switch. Optimists say this figure represents two toy empires, Nintendo and Activision, shaking hands and bringing value to consumers in a way that benefits both companies financially. In secret, Bowser is just scoping out the competition as he prepares to convert unsuspecting Skylanders into amiibo Subspace Emissary-style. 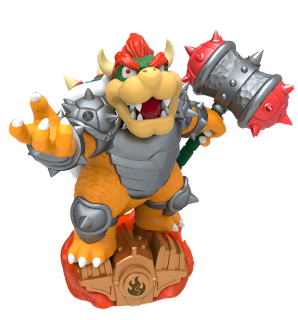 Explainer: What makes a JRPG great? It’s not the gameplay