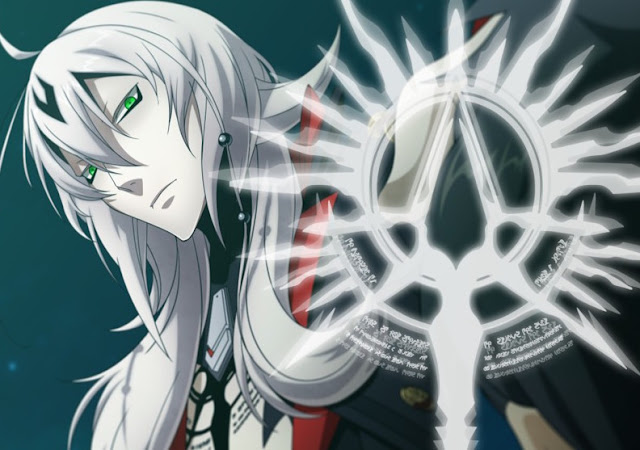 Over the last few months, a lot of Japanese game publishers and developers have been dipping their toes into the PC platform via Steam. Aksys was one, publishing the Arc System Works-developed visual novel Xblaze Code: Embryo on Steam recently and while it’s fun, it also has enough flaws that hold it back from what I’ve come to expect from both Arc System Works and visual novels.

Related reading: For an alternative opinion, check out Matt’s review of the PlayStation 3 release of the game.

The term ‘visual novel’ has been thrown around a lot while referring to franchises like Danganronpa or Ace Attorney even though those franchises have gameplay elements as well. Code: Embryo is a true visual novel, more in the vein of Steins;Gate than the aforementioned titles. Expect to read walls of text with some nice character portraits and animation accompanying said text throughout Code: Embryo. It’s not a completely linear experience, and there are multiple endings, but I dislike the means to unlock the various endings. More on that in a bit. 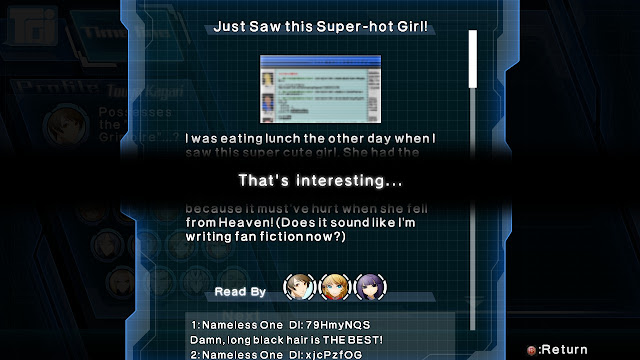 You play as Touya Kagari who lives in Shin Yokozaki. As expected, he is a high school student and his curiosity gets the better of him when he ventures into a restricted territory leading him into an event that changes his life forever. Touya discovers a man who is injured and gone crazy and before said man attacks him, a mysterious girl called Es comes to his rescue. From this day forward, Touya and Es’ tale begins involving death, Unions, secret organisations and agencies, and more.

Given that the main point to playing or reading a visual novel is the text or story, Xblaze Code: Embryo is nothing special. It features a lot of anime tropes, including multiple girls assorting themselves into a harem for the male protagonist with a bland personality. If you can’t get along with that, you’re not going to get along with the game at all, though the narrative itself is actually fun, pulp-fiction stuff once you start digging into it. The actual gameplay element in Xblaze is in the form of the TOi (pronounced Toy). This is like a social network with an RSS feed that pulls to you stories about the world based on your interests. Choosing whether to read these stories when they are available is the only thing that decides what ending you get. While I thought this was a bit clever at first, I really grew to dislike the implementation over the course of my time with the game. Stopping a conversation to read through text in the TOi breaks immersion (to be fair I know some people that do that in real life too… ed). I also am not a fan of how the world has been explained through the TOi stories, rather than actual world building exercises.

Once you complete a single ending in Xblaze, the TOi stories have a character face next to them representing which stories you need to read for a particular ending. In my first playthrough I read everything and got the good but not true ending. To actually get all the endings, you need to go through the same text over and over again and just stop when you need to read different TOi stories. I much prefer visual novels that branch out based on choices you make in dialogue without breaking immersion than what Xblaze implemented. 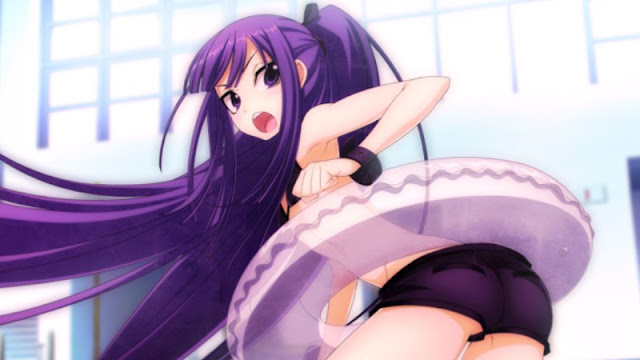 While most visual novels have static portraits with a few expression changes and transitions, Xblaze goes all out. Arc System Works makes visually stylish games and it shows here. The production values are really good with dynamic camera angles, some combat animations, and more. The voice acting is Japanese only and is well done. Music on the other hand is a tad disappointing when put in comparison with other Arc System Works games.

The PC port is not as well done as I’d hoped. The game wouldn’t launch with-out me switching to the Intel integrated GPU instead of the Nvidia mobile GPU in the laptop I used. Once I did that, everything looked rough and the only way I managed getting things to look good was setting the resolution to 720p. It seems like the game upscales assets from 720p but any setting higher resulted in a poor quality image for me. Steam overlay also caused performance issues where I had to restart the game for it to run smoothly again. These issues should have been fixed by now.

One of the things I do really appreciate about Xblaze’s visual novel aspect is how it has a recap option when you load a save file. This brings you up to speed by giving you a quick rundown of what happened since you last played of some previous key moments in the game. It’s a small feature, but it really does improve the overall experience, especially if you take a break of a couple of days from your previous session. 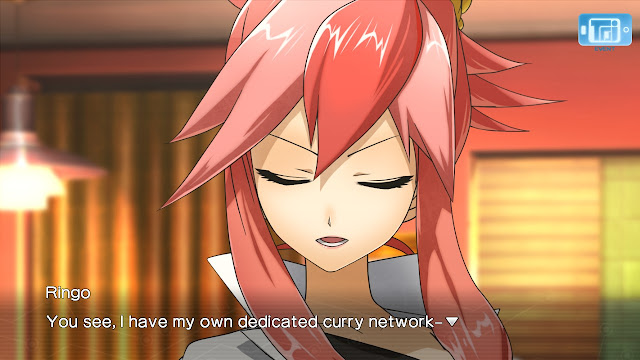 Related reading: For the very finest of all visual novels, it’s difficult to look past Steins;Gate. Matt’s full review.

Arc System Works has it in the team to tell a great story. Over in the fighting game space that’s exactly what it achieved with the Blazblue series. It’s also a highly technically proficient team, and a real mastery over art and design. Xblaze isn’t the team at its best, but I suspect that the quality of the visual novels that the team does produce will only improve from here.