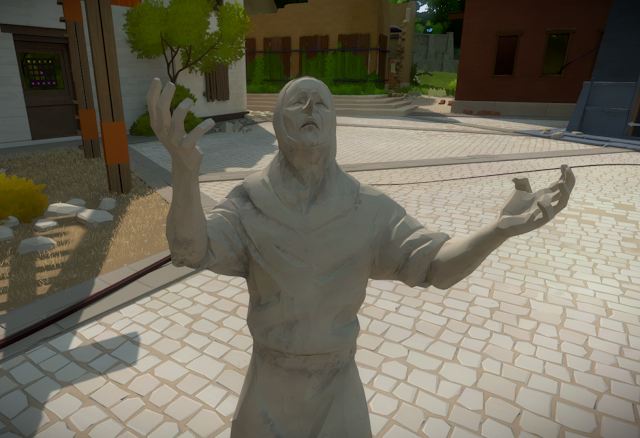 It isn’t often that I end up gifting five copies of a game to friends while I’m still knee deep into it myself. Such is the case with The Witness. I was blown away by Braid on Xbox 360 years ago, and have been on a media blackout in anticipation of Jonathan Blow’s next project. I wasn’t disappointed in the slightest.

At its core, The Witness is a puzzle game with hundreds (and hundreds) of puzzles scattered across various locations in this lush open world. These puzzles range from obvious puzzles in each area, to puzzles hidden from you in plain sight, and others locked behind secret doors. As it is an open world experience as you’re given the freedom to move around and from one puzzle to the next as you please across different locations. But you’re not going to be able to solve everything from the outset. Think of this like an MMO where you see high level enemies in one area and can’t defeat them until you go to other areas and spend time on lower level ones to gain experience. Only instead of arbitrary experience scores, in this one, it’s your ability to comprehend, interpret, and ultimately solve the puzzles that is the difference between a “level one” player and a “level 50” hero.

The Witness begins with you solving a simple line puzzle and this sets the tone for all the puzzles you will be working with throughout. It’s amazing the variety that Blow has managed to work into such a basic core puzzling experience; every new set of puzzles (and they typically do need to be solved in sets, starting with a basic one and progressively becoming more challenging) introducing new mechanics, and often then throwing spanners in your wheels just when you start to get comfortable. For the most part these puzzles are abundantly fair, but the game’s difficulty curve also means that it won’t hold your hand through figuring things out; you’ll need to do that yourself by taking the subtle clues the game throws at you. When you do figure through a particularly difficult moment, you’ll have a real eureka moment. 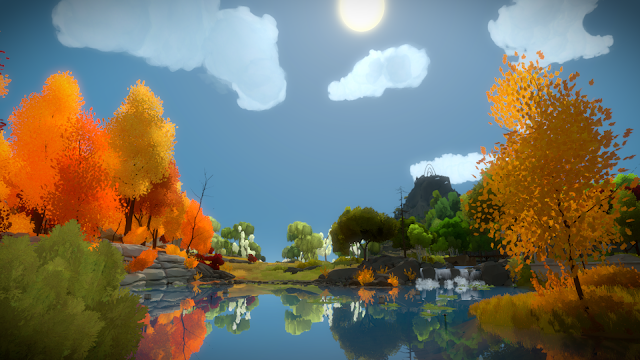 The attention to detail in puzzles and how puzzles interact with the environment is fantastic and showcases the amount of work put into The Witness. There are areas ranging from bamboo forests to lush orange coloured leaved areas here, and I like how each area has its own colour theme or visual style, so you immediately can associate a puzzle mechanic if you revisit it at a later date. Blow hasn’t created a massive world here, but the consistency and the way the environment flows is truly beautiful and organic to behold.

What makes The Witness really special is in the assumptions it makes about the player. Blow doesn’t believe you’re an idiot, and his confidence that you’ll eventually figure through his most difficult puzzles without hand-holding is a rarity in a world where game developers scramble over themselves to make their games as “completable” as possible. There is no direct tutorial here. Just a couple of incredibly easy puzzles that explain the underlying logic that will power the more complex ones. I feel like I’ve spent the past week living out of Blow’s mind while seeing puzzles everywhere. No game has made me actually bring a puzzle drawing on graph paper or my phone outside the house to analyze while I do something else.

There’s a dense, complex narrative underpinning the whole experience, too. At first, it’s just one giant mystery, with statues and shadow images prevalent all over the island and the sense that there’s a connection between those and audio recording logs that are lying around the place. These are hidden well and include narration of various quotations from literature, religion, science, and philosophy. There are also some video recordings that you can find in secret rooms to play in a certain location that give you a better idea of the thought process that went into the game. Without spoiling anything, a lot is left to your own interpretation, and puzzling out your own interpretation of the philosophy going on in the background is perhaps more complex than any of the literal puzzles that you’ll be solving. If you aren’t a fan of games that rely heavily on interpretation, rather than literal, linear storytelling, you’re going to be disappointed with what’s on offer, and perhaps find the story limited, because there isn’t much of a classical narrative housed within this package. 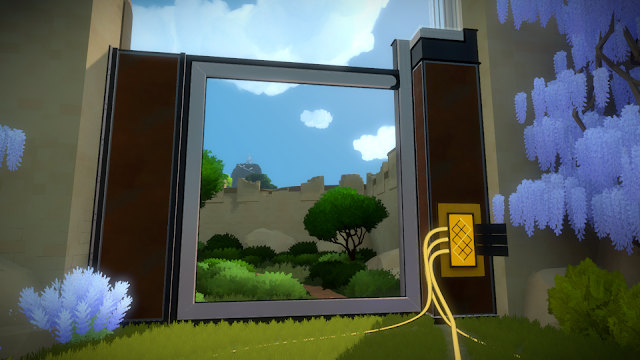 Again, a lot is left up to your own interpretation. At times the island feels like a visualisation of Blow’s mind when he was developing The Witness. The disjointed audio logs, the presence of statues seemingly without a reason to be there all suggest the snippets of creative thought that go through an artist’s mind when they set out to make something; cohesion only comes much later, and there are a lot of discarded ideas along the way. I did notice that the statues seemed to be indicating different time periods as I found more of them.

But when I spoke to Matt, his interpretation is different. I’ll leave it to him to explore in-depth at a later date (surely no other game quite deserves a Game Theory than this one), but his interpretation of what is going on is as something like Blow’s understanding of a creation myth, from the point of view of someone with very conflicted spirituality. I see that people will be having discussions about the greater narrative purpose of The Witness years down the track… and that’s not dissimilar to Blow’s previous work in Braid, anyway.

I’ve been thinking a lot about the name, The Witness, and what it means after experiencing the game. If you have done something great and no one is there to witness it, have you even done said thing? It kind of feels like that to me as you accomplish more and more success while solving puzzles and finally try and reach a conclusion in The Witness. There’s an odd sense of isolation that makes you wonder at the purpose of what you’re doing. There’s also some relations to the philosophies behind The Matrix that further question reality by calling into mind a life vs. simulation theme. The statues in the later areas reference things like technology crushing the human spirit and power struggles. The audio logs range from actually being useful to the plot through to old sayings that don’t seem to be relevant, but you just know someone is going to try and bring them into understanding. 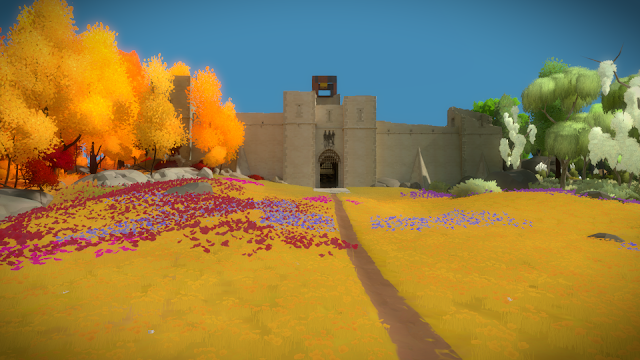 Games like Her Story handle narrative really well even with their open-ended conclusions. The Witness might be light on overt narrative, but always remember the bigger picture. I’ve mentioned the word ‘secret’ or ‘hidden’ quite a few times in this review and the amount of hidden content or stuff left out once you finish the base game is mind-blowing. I’d go so far as to say just completing the minimum to achieve the base ending would provide you 30 per cent, if that, of the content. This is not a game to be flown through; it respects you, as a player, to figure it out for yourself, but at the same time, it demands respect as a game worth more than a speed run.

Related reading: Matt’s response to the claims by some that The Witness is “too expensive.”

The Witness is close to perfection but it fails in one basic area: accessibility. If you’re colourblind, you will need a guide for multiple puzzles. I played The Witness on PlayStation 4 and while it ran well, the field of view gave me a fair bit of motion sickness over the last week. I’ve had to cut down play sessions because of this (note: Matt, meanwhile, has had no issues. This is by no means a universal complaint, any more than the colourblindness is). If first person games make you queasy, you might want to look into the new patches to see if things have improved on your platform.

I never thought I’d like a puzzle game this much, and I can’t believe a game that isn’t a JRPG is a game of the year contender to me. Jon Blow and Thekla have really created something special here, and while it has been a very long wait (I hope that the next one doesn’t take eight years to complete…), the long development time has been used to good effect. The Witness is so much more than puzzles in an open world. It is itself an enigma and puzzle, and something far greater than the sum of its individual parts.