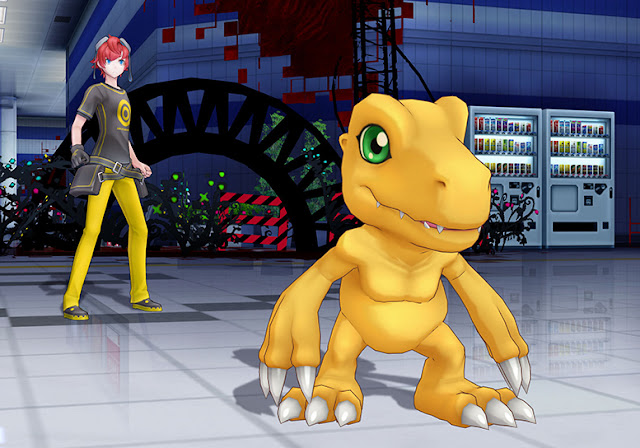 I am going to come right out and say it – I was more than pleasantly surprised by my time spent with Digimon Story: Cyber Sleuth. JRPG fans will find a lot to like about this game, and the development team has done a nice job of balancing more kid-friendly elements with a storyline that should hold some interest for adults as well.

Related reading: For an indie take on the monster-collecting genre, consider Siralim, also new to PlayStation 4.

I think perhaps what stood out to me the most was the world of EDEN, a virtual reality hub where people from all over the world can hang out with friends, shop and more. This “virtual world that turns out to have real-world implications” plot hook has been done in a lot of spaces before, from Sword Art Online to Persona and more, but I came away with the impression that a lot of time was put into shaping this virtual world and trying to make it seem as real to the player as possible.

I came into this as a complete newcomer to the Digimon world. My youngest adores games like this and Pokemon, and she knew several of the critters on sight. The cutesy creatures were a little off-putting for me as I generally prefer something a bit more serious-looking, but the systems supporting the game made my Digimon creatures I actually cared about over time. It helps that you find them, level them up, can power them up and put them on farms to develop and more. With over two hundred of the little guys, the variety is actually pretty staggering, and you can go into battle with up to three in your lineup and twenty in reserve – so you can build up quite the collection over time.

The game itself plays like a JRPG in that you explore different surroundings, talking to characters in hub locations and wandering through dungeons filled with random monster encounters. Combat has some creature types having advantages over other types, you have hit points and special skill points and even a guide bar along the right that shows upcoming order of operation for your monsters and the enemy ones you are fighting. It all works on a tried and true turn-based format that I found incredibly accessible. If you are looking for something new and innovative, odds are you will come away disappointed, but as someone fresh to the series, I found it incredibly accessible and I generally enjoyed the encounters. Running into new monsters and increasing my familiarity with them was always exciting, because it meant I was a few steps closer to summoning my own version of that monster in the near future – rather than capturing new monsters, as you might in Pokemon, in this one you earn new critters when you’ve fought enough of them in the wild.

I was really surprised how much I liked EDEN. Conversations work in some puzzle elements from time to time. Early on you are introduced to this mechanic, as your character (you can pick gender and name him or her, though their visual style is quite similar) is tasked with finding some specific information. You can then find people who have symbols over their heads and try to drop the right keyword on them. Doing so might unlock additional information that helps the story to move forward. Of similar note are special ‘hacking skills’ your character can pick up along the way. These generally allow you to take down barriers that were previously impeding your progress out in dungeons.

To that end, this is the type of game that can easily be played by a younger player. My youngest daughter absolutely adores it, and she never got stuck or frustrated with the puzzles – and she adored her Digimon characters to boot. That being said, if you are looking to ramp up the difficulty, combat can be switched from Normal to Hard, and doing so improves your rewards at the end of battle, so again there is a solid balance provided by the development team. 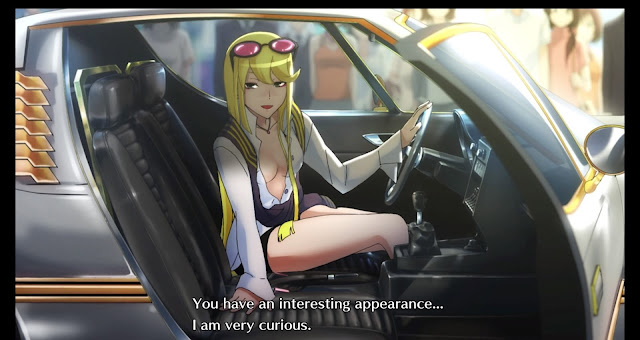 While the art design is often quite good, you can tell that this was a game that was originally designed for a system less powerful than the PlayStation 4 (the Vita to be precise). Many of the zones you encounter are pretty trippy-looking, with dungeons that a Tron-esque neon colouring with nifty digital effects along the way. There are other scenes where your protagonist is being whisked through data lines from one point to another, and again there is a digital glow to everything that I simply found quite appealing, despite the technical limits on the visuals.

What worked less well for me was the actual dialogue. While the world of EDEN and the way things in that world can impact the real one (similar to Sword Art Online, people start to mysteriously remain unconscious after visiting EDEN, and your character has a nearly-failed ‘log out’ that leaves him or her as a digitally scrambled entity in the real world as a result) was interesting, our hero says very little most of the time, and when he or she does speak – he or she seldom has anything terribly interesting to say. Some of the characters are better fleshed out than others, and some of the verbal banter had me grinning from time to time, but overall the characters were not the strongest aspect of the game.

Thankfully there are so many systems to take advantage of that if the JRPG formula appeals to you, there is a lot here to do. To bounce around from one area to another is basically done through a menu system, but it is one of the nicer-looking ones I have seen in a game like this. There is no proper overworld or map. Instead, you simply choose from various hubs and dungeons. I really appreciated the fact that I could save the game just about anywhere. This has to be a huge boon for people playing on the go with a Vita, but even on the PlayStation 4 I could appreciate not having to be tied to the game until I got out of the current dungeon I was in. 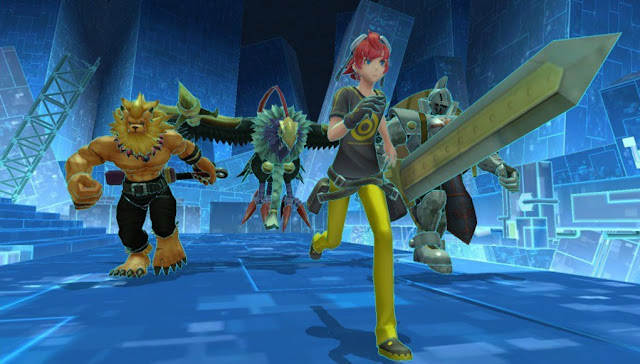 Related reading: And over on the 3DS the best Pokemon clone is easily Yo-Kai Watch. Matt’s full review.

Being completely new to the series, I have to say that Digimon Story Cyber Sleuth was a surprising treat for me. I love the JRPG genre, and while the turn-based and slightly grindy nature of the combat likely will not bring new fans to the series, I found it comfortable and accessible to play. On top of that, the cute nature of the critters was not the deterrent to my interest I had always sort of expected, because I enjoyed the virtual world of EDEN and the core story around the game’s events.