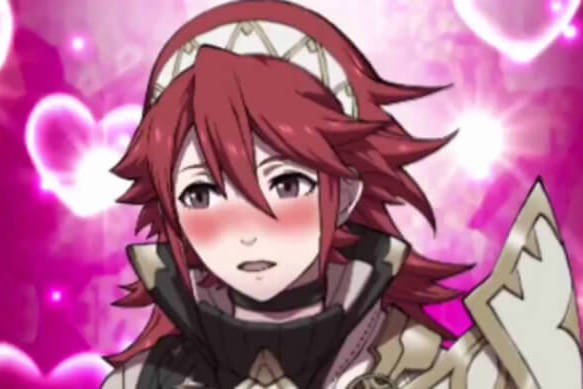 Despite the superb sales figures, the recent Fire Emblem game has been the subject of some incredibly fierce controversy. The reason for that controversy is that Nintendo, when localising the game, decided to engage in some self-censorship of the material, removing some parts of the game, and changing the dialogue, beyond a literal translation from Japanese to English.

Now, I say the rest of this with the two following disclaimers: 1) I haven’t actually played Fire Emblem Fates. It’s not available in Australia as of writing. So I’m not in any way making a judgement about that game here. 2) In theory I prefer for localisation outfits to preserve as much of the original content as possible. I was (and still am) sharply critical of Nintendo’s initiative to remove bikinis from Fatal Frame V, because I did feel that impacted on the game’s overall theme. But at the same time I’m not overly concerned when the “censorship” of a game doesn’t actually impact on the theme of the game. Adding a bit of material to Lin’s bikini costume in Xenoblade Chronicles X actually made it a better costume in my mind, so I’m hardly upset about that.

But it’s time that we had a serious, sensible discussion about localisation, because some of the stuff that I’ve seen flying around is tipping well beyond criticism and discussion and into fanatical nonsense, and it really does need to be addressed.

Firstly, to state the most obvious first (because I know otherwise people are going to get unnecessarily angry at me); it’s entirely possible for a localisation to be bad quality. And when it is poor quality, it should be criticised. Again, I haven’t played either the original Japanese version of Fire Emblem Fates, nor the English version, so I’ve got no comment to make about the standard of either game, or its translation.

So, if you find the localisation to be poor, then great (well, not great, but good on you for having an opinion)! It’s a pity Nintendo wasn’t able to give you the game you’re looking for. But – and it’s a big but – in no way does any of that mean that literal translation of a work of art is the better way to go than a proper localisation.

In fact, it’s actually impossible to literally translate any work of art from one language to the next, and maintain its quality as a work of art. I know that’s going to sound like a controversial statement to make, but hear me out here; language is a product of culture. It’s not something that sits independent of culture. That means that when we read a book in any given language, watch a movie, or read the narrative in a game, we’re experiencing something that is in a symbiotic relationship with the culture that produced it.

In other words, the words have more meaning than the words themselves (how’s that for a mind-twister). For a simple example, if we consider the honourifics in the Japanese language, they don’t translate into English at all. If you’re a student in Japan, and addressing a classmate from a grade lower then you, then you would address them differently than you would to someone from a higher grade. That’s the –senpai, -kun, and so on that you see stuck on the end of names in games like Persona 4. These words have intense meaning in the Japanese language, but there is no equivalent to them at all in English. So localisers need to either remove them, edit the sentences they fit within to properly reflect the respect those words afford the person being addressed in English, or (as happened in Persona 4), just leave those words in untranslated.

None of those options are perfect. Remove the word and the meaning is lost completely. Edit the sentence to properly reflect the tone with which one character is addressing the other in an English language context, and people get upset. Leave the word in unedited and you also lose the meaning, as the English-speaking player isn’t going to be aware of the full weight of cultural meaning in a word like “senpai.” And that’s why the job of a translator is so difficult – at the most fundamental building blocks of language, you cannot transfer one set of words from one language to the other, and expect it to maintain the same meaning. Because, again, meaning is created through culture and a different culture is going to interpret words differently.

And so, since the dawn of writing itself, translators have not tried to literally translate texts from one language to another. I’ve read at least four different translations of 1001 Arabian Nights. Every version is very different from one another. Every version a translation from the original book. None are “wrong,” though I prefer some to others. The same goes for the great Japanese novels that you’ve might have read. Have you read anything by Haruki Murakami? That book you read was localised, not literally translated. And it applies to film, too. Those Studio Ghibli films that we all love? All edited in their translation from Japanese to English.

Heck, if we’re going to go all the way with this, it’s worth noting that if we watch a play or film, we’re actually watching a translation, even if it was written in our native language. Because with plays and films the director takes the original text and puts his/her own spin on it, interpreting the meaning of the script in their own way. Case in point: I’ve seen a dozen different productions or films of Hamlet, and every single one is completely different from the others. Some quite radically. So is every single filmmaker or play director that has put on a performance of Hamlet some kind of blight on creativity and art for not “sticking to Shakespeare’s vision?” Of course not.

The reality is that translation is itself a creative process, because it requires taking a text, interpreting it, then reworking it in such a way that it makes sense to the culture that it has been localised into. It requires the same basic skill set as creative writing does, with the additional need to be perfectly bilingual. In every other artistic medium, translators are respected for that. In many cases, of classic literature especially, the best translations actually enjoy a fame profile for their work almost the equal of the original author.

It’s really only the games industry where there’s this idea that a translation has to be literal. And there’s a couple of potential reasons for that that are worth exploring.

The first is the idea that perhaps the industry is still quite young and therefore the various levels of creative involvement in game development aren’t quite getting the respect they deserve at the moment. Certainly, when you compare to the likes of Hollywood, there are more games seen as “Ubisoft,” “Nintendo” or “Naughty Dog” productions than the creative minds behind them. I constantly see confusion between the roles of director and producer in games, too, which is a sign that the line between those roles isn’t as defined as it is in, say, film.

But I think the real reason is a little more complex than that. I think the main issue is that there can only be one official translation of a game. As I noted before; I’ve read multiple translations of my favourite books. I can pick the translation I like the most and read that one over and over again. I don’t need to go and see a version of Hamlet that doesn’t look like it’s going to sit with my vision of Shakespeare’s play.

In an ideal world we would have multiple translations of games. This could apply to the narrative and storytelling, but also the other elements that get stripped out of the game through localisation. So that petting minigame that people are so upset about being taken out of Fire Emblem Fates could be left in for one version of it.

Related reading: An interview with localisation specialists, Ghostlight, on why the process isn’t as easy as many assume.

This, of course, can’t happen with games. Rights and IP laws would prevent additional translations being made unofficially, and each version of a game would need to be re-classified, which would become very expensive, so no company will front up the cost to do that officially. And so people are stuck with one version of a game, and when it’s missing features that they were looking forward to, or they discover that they would prefer a different interpretation of the script, naturally they are going to be disappointed. And in the games industry disappointment often leads to those explosions of passion that are just baffling to watch.

Again, it needs to be said; translations can be terrible. And as with every other element of a game, if they’re terrible it’s perfectly reasonable to criticise them for it. But – and once again, it’s a big but – localisation is vital. It is quite literally impossible to translate a work of art to an adequate degree without also casting an editor’s eye over it, and I do think it’s high time that games join the other art forms in respecting the creative input that a good translator has into the production of a game.

The Friday Ten: Ten places Far Cry can go next