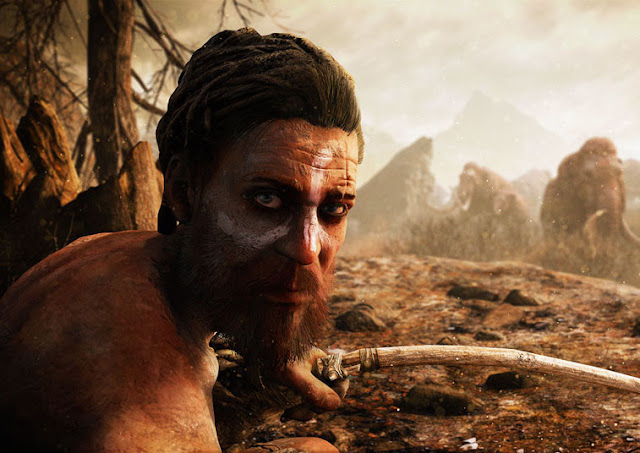 Far Cry Primal is out, and we liked it a great deal because it took the franchise somewhere completely differently. The setting and time period of Primal has had us at Digitally Downloaded thinking where the series could go next, kind of like how the Assassin’s Creed series got pretty good with its spinoffs. We played around with the central theme that each game could employ, only because I think the average guy going after a tyrannical power figure can get old pretty quickly.

Well, let’s start off with something a bit simple (and as an Australian, a tad biased! There was just something about Primal that made me pine for a game set in the early days of Australian settlement). Back in these times, the land was filling up with various Australian Aboriginal groups who were setting up their territories at the time (of which the native Aboriginal people still identify with). A Far Cry game set in this time could be quite similar to Primal, with two warring groups taking territory. And hey, Australia had megafauna such as the wombat-like creatures that were over two tonnes in weight and kangaroos that reached three metres tall, that would be impressive in itself!

Okay, I admit that this one would be quite controversial in its nature, but hear me out. Think of apartheid, and how it was only in the 1990s that it finally crumbled. This Far Cry game would need a tactful approach, but for a series that is so closely focused on the overthrow of powers, giving players the opportunity to take down one of the most evil political ideologies ever conceived could be educational and compelling stuff.

I have put this one here simply because I thought Far Cry: Blood Dragon was a rather apt parody of 1980s futuristic action movies. From the music to the aesthetic, it all fit and gave me rather mixed memories of what I thought was awesome thirty years ago. So it is here that I would like to see Far Cry move into a similar territory with the Matrix and Men in Black. Your Far Cry hero would most certainly be equipped with a business suit and sunglasses for no other reason than to look cool, be brought into a secret world unbeknownst to the rest of Earth and protect it from those who seek to destroy it.

I love this idea mostly because of the setting, Central Mexico is a beautiful land with a lot of rich history to it. It was this particular era that saw the Aztec Tribes overthrown by the Spaniards, introducing Spanish customs and languages into the land. I would picture this game rewriting the events of what happened. What if the Aztecs defended themselves successfully? The opportunity to tell such narratives is there.

The title of this is a tad misleading, as I would set this particular game about the rise of Otomo no Otomaro to become Japan’s first seii taishogun (or shogun). This game would be set in ancient Hokkaido, where Otomo assists the Japanese army in subduing the Emishi tribe. The game would be presented in chapters of different time periods of Otomo’s life, rising in the ranks before the game finishes with Otomo being granted the title of seii taishogun.

This one would be more of a political statement of a game that will obviously never happen in this lifetime. There is an obvious powerful tyrannical ruler at play here (which I would advise against putting into a game!) that the hero of Ukraine overthrows and keeps his country and his land for his own people. There is also the opportunity for humour, too as this particular world leader likes to boost his own profile in rather strange ways that would play right into the humour Far Cry often employs. Again, make this one fictional, folks.

Matt will hate me for putting this one in, but I do believe that much like the traditional Chinese tale Journey to the West, this story can be told in a variety of ways. The Dynasty Warriors has the narrative of this story down pat, though I think if Ubisoft Montreal employed a few Chinese historians, it could have a winner on its hands. Thinking about the powerful leaders at play, the number of personalities that could be name-dropped in, the constant struggle in taking territory. This is the kind of narrative that can push Far Cry’s mechanics to the next level.

Hey, this one’s just because everyone else is doing a knights and dragon themed game! This one will sell over a million copies folks, it’s Dragon Age vs Skyrim with a Hollywood blockbuster feel. I’m surprised this hasn’t been done already. Oh wait, you wanted some more information than that? Err, you get to play as a knight with a very British voice, helping King Arthur overcome the monsters and dragons threatening Camelot (go nuts, Ubisoft, there’s no official history of King Arthur anyway). Along the way you get to meet lots of very British sounding people and it’s quite a jolly good show all around.

Alright, back to serious town. This one would be a compelling Far Cry game. Set in North America, the player would engage as a Native American. Trading would be a key factor and mechanic in this game. With choices needing to be made to show which side of the war the player is on, that being either the British or the French. The choices made influence the morale and mood of the people around the protagonist, whose ultimate goal is to actually use that faction to assist in their own hidden agenda, wiping out a rival tribe for exclusive use of their land as the prize.

This one is for myself and Sam, specifically. Far Cry: Atlantis sees our hero exploring the depths of the ocean, exploring the sunken island of Atlantis. During these travels, we discover the ghosts of Atlanteans, who have tamed the sea life in the Mediterranean to do their bidding. The Atlanteans seek revenge upon the gods that put them at the bottom of the ocean, and making you their sacrifice is the only way they know how. With sharks, squids, fantastical beasts and nary a light to guide the way makes this non-existent game the one I am already the most frightened of.

So that wraps up the Friday 10 this week. Some were a bit silly, some I think would actually work really well with enough thought and effort put into it. I’d like to hear where you’d like the Far Cry series to go in the future!

Let’s have a serious discussion about localisation and games