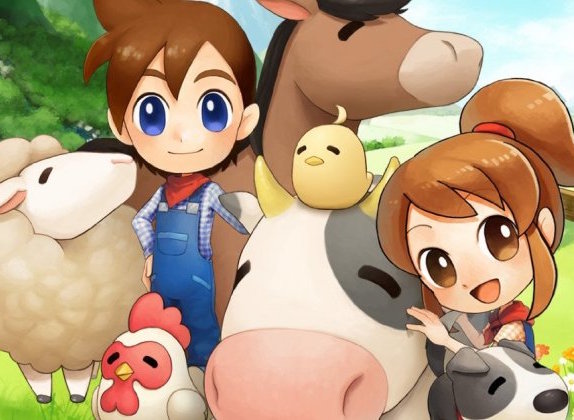 As long as I have been using iPhones (and that was from around the second generation of the thing, as far as I can remember), I have actively wished for a Harvest Moon to hit the App Store, believing that it would be the perfect game for the platform. On consoles, from as far back as the Super Nintendo, Harvest Moon has been a relaxing, casual kind of experience, which features simple, positive feedback loops, and a stress-free approach to pacing. And that just happens to jive perfectly with the kind of gaming experience that iOS devices to very well.

In other words, Harvest Moon games have always been a “premium” spin on Farmville, even before Farmville existed. And because Farmville (and all those other free-to-play farming games) work so well on iOS, I always felt that Harvest Moon would too. It’s the kind of game that you can play for 10 minutes at a time, and feel like you’re making progress, and there’s something undeniably appealing about building up a farm and watching it fill with chickens, crops, and so on. In that context I am honestly surprised that it has taken so long for Natsume, the folks who own the Harvest Moon license, to commission a iOS game for the franchise. 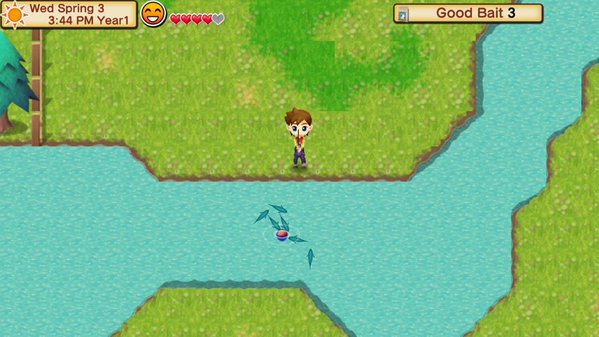 I’m glad that it’s a premium-priced game, for a start. Running at around $Aus15, it’s very much on the costly side for a mobile game, but it comes free of microtransactions, which must have been so very tempting to slip into the game. Instead what we’ve got is a full Harvest Moon experience, with no premium crops (requiring real money to purchase, of course), no timer countdowns, and nothing else to distract you from enjoying the same Harvest Moon experience that you have probably played in one form or the other.

It will really appeal to the purists, too, because by modern Harvest Moon standards, Seeds of Memories is exceedingly simple. Where modern games in the franchise have tried to include simple narratives to help contextualise the player’s actions, or experimented with larger worlds to explore (Tree of Tranquility), or even taken a leaf from Minecraft, Seeds of Memories is more akin to the Super Nintendo original, or its Game Boy-era ports. Players are given a farm at the start of the adventure and told to build it up. Then they’re essentially left to their own devices. There’s not much to do beyond farm, either. There’s a tiny village close to the farm for players to buy new supplies and woo the local girls or boys (depending on the player’s choice of gender – no same-sex relationships in this one). There’s a mountain to explore, too, which has some natural resources for the players to collect that help them build up their homes and so forth. But that’s about all you’ll be doing beyond the farming itself, and Seeds of Memories is quite refreshing in the way it brings the series back to its roots.

Related reading: For a look back at the original Harvest Moon on Game Boy, as a Virtual Console release for the Nintendo 3DS, check out Matt’s review.

Farming is made easy by every action being contextual. The farm itself is broken down into a square grid, and if you tap on a square, your character will do something based on what needs to be done. So, if there’s a weed in the ground, he or she will dig it out. If it’s untilled soil, he or she will dig at it with a hoe. If it’s got a plant already in it, he or she will water it. It’s a streamlined system that makes for easy management of entire fields, and that’s good, because the game likes to give you plenty of crops to grow. Especially early on, almost anything you do will result in some kind of reward of seed or other crop, meaning you’ll have plenty to plant and grow. This also shows that the developers have paid close attention to the mobile platform and understand that providing a constant stream of reward gratification is essential for keeping the player’s attention. 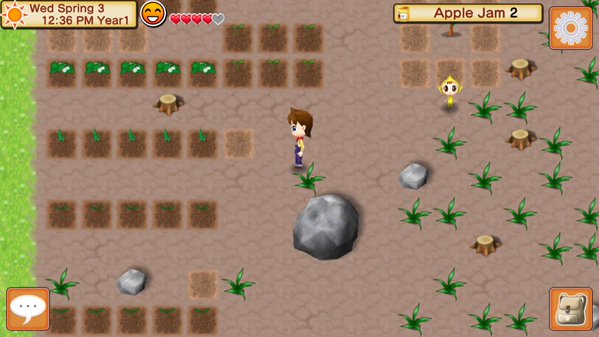 Each in-game day only really lasts for a couple of minutes, meaning the weeks and months fly by, and you’ll set into a comfortable rhythm quickly enough. It does mean that you won’t necessarily be sitting down for this one for long periods of a time, but because it will feel like less of an insult that is constantly asking for your money, it’s the kind of game that’s easier to get along with for short bursts on the morning commute than, say, Farmville.

The feedback loops are really quite fast, too. Crops grow more quickly than in some Harvest Moon games in the past, and between that and the fishing being quite easy, it will be a matter of minutes before you’ve got the cash to afford your first chicken. Which, in other Harvest Moon games, definitely feels like a reward in itself. Cows and Sheep don’t take long after that to come. While I do appreciate that as a mobile game, rewards and progress do need to come more quickly, I like JRPGs and slow grinds, and I generally like my Harvest Moon games to be like that too, so I didn’t feel as connected to this one because it was giving all its good stuff to me too quickly.

It also didn’t help that the aesthetics are a little too clean and sterile for the games’ good. It’s a similar problem that has plagued Square Enix’s ports of its earlier Final Fantasy games (V and VI) to iOS; the bold, clean lines and sterile cartoony style might work for the mass market, but for people that preferred the older approach to graphics, it doesn’t sit as well. I love the Harvest Moon games in no small part because the big headed, brightly coloured characters and world are so distinctive. The pastoral aesthetic (and that can be the only way I can describe it) that is so distinctively Harvest Moon is lacking from this one, and while I would suggest that the rest of the game remains true enough to be distinctive Harvest Moon, it does lose some of its soul thanks to that art style. 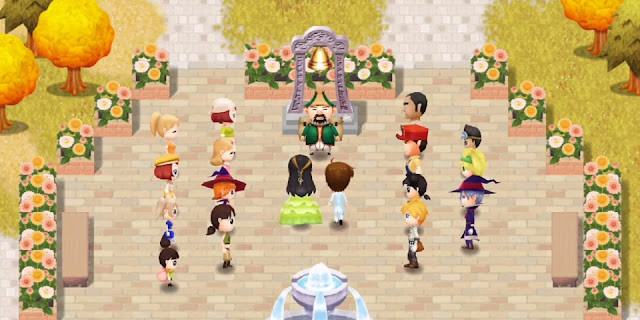 Related reading: Matt writes a Game Theory column, looking at how Harvest Moon argues for a capitalist utopia to the point where it is almost propaganda.

This will be the game that I play for ten minute sessions on the train, or on, well, bathroom breaks, for some time to come. But I’d be lying if I claimed that I was not disappointed in realising that there is no scenario where I might play this for an entire afternoon at a time. It’s really not that kind of game, and quite unlikely other Harvest Moon games in that regard. But by the same token I don’t think that Seeds of Memories is a failure by any means and it’s a game that I am very glad to have on my iPhone.

Harvest Moon fans MUST have this adorable Chicken Plush. Available on Amazon:
Share this