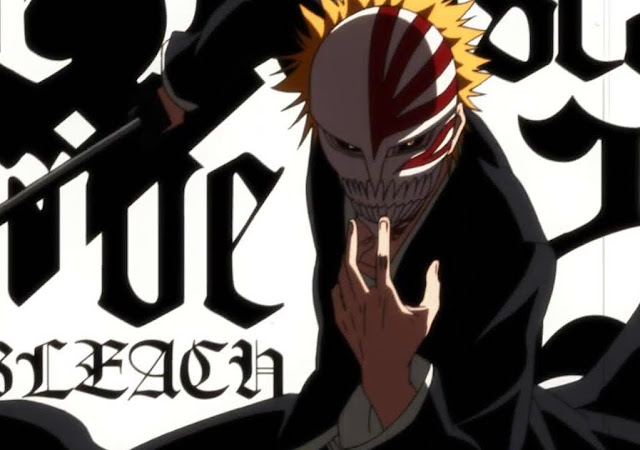 Despite a weekly manga and sufficient popularity to be lumped in with the “big three” manga franchises in Japan at one time, the Bleach franchise has fallen to the wayside in recent years. Its anime has been discontinued, fewer games and merchandise have been produced, and manga volume sales have slid accordingly.

Having said all of that, Brave Souls is of heightened interest to avid Bleach readers because of the relative tranquility surrounding the property. It’s a little sad that this game released while the IP is in its current shape because this is the rare anime-to-game adaptation that will tickle long time fans with delight.
Don’t get me wrong; this is no pristine, polished experience. Even on a newer iPad you’ll have to contend with slowdown, exhausting load times, and constant crashes. Don’t get me started on the shallow swordplay. But if all the core concepts established in Brave Souls were executed with plenty of time and a half-decent budget, that game would be far and away the best Bleach video game released. Even in its present form as an accessible mobile game, its execution is invigorating. 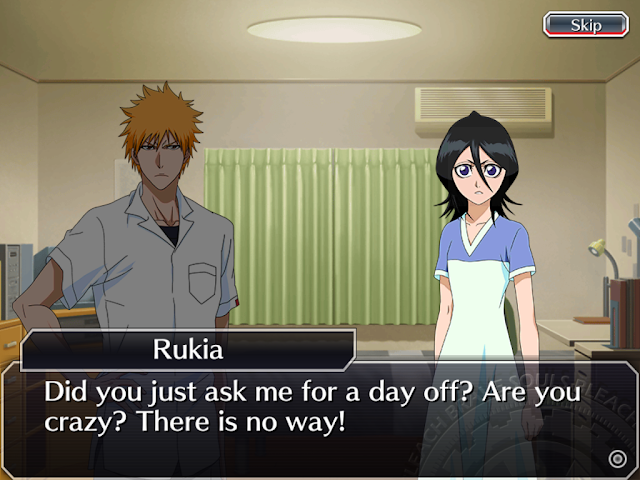 Speaking purely as a fan of Bleach for a moment, this is the blueprint I’ve always envisioned but never seen executed in previous titles. The fighting games, platformers, and RPGs were all interesting diversions in their own right, but they prioritised the series’ iconic fights scenes over all else. Often these titles would pick and choose only what was relevant to marketing the current state of the anime and gloss over anything that wasn’t a snazzy new power-up or the latest baddie, leading to poorly explained, downright incoherent narratives.
Granted, Bleach’s plot will hardly be likened to Shakespeare a hundred years down the road, but the developers have finally given proper context to the action and paid tribute to its lengthy sagas with a simple level-based action game. It chronicles the entirety of the franchise from its humble beginnings as a “monster of the week” adventure to the highs of the Soul Society story arc up to (whenever the developers get around to it – the game’s a work in progress) the hard-hitting Blood War in the manga .
Each of the game’s gratuitous chapters picks a plot event and weaves a battle around it – not the other way around as you’d expect. Dialogue exchanges between characters provide a sample of the “Bleach experience” that is gratifying and digestible without overstaying its welcome. When the story cools down in certain arcs to emphasise combat, players get to actually experience the thrills firsthand on a visceral level. Non-fans can play the game, parse the scenarios, and appreciate them for what they are because there’s a compelling reason to do so. Yes, plot points and character backgrounds are only glossed over, but considering the developers had to wade through about 700 chapters of material and condense them into something palatable, you couldn’t ask for more. For anyone who is too intimidated by the long running manga and anime versions of the story, this abridged video game version is the happy medium. 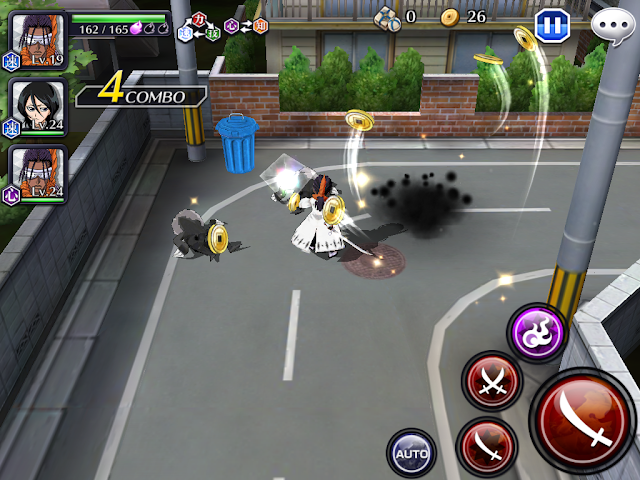 Besides the story, Bleach’s appeal stems from Tite Kubo’s many impeccable character designs and Brave Souls takes advantage of that. As is the case with any series that has been serialised for over a decade, fans inevitably grow fond of a certain character (or ten because Bleach has so darn many people). By being able to train these characters and access an ever-increasing pool of them, you become invested in finding and training your dream team. Because you don’t have access to all characters at once like one of the fighting games, you’re likely to give even bit-players like Cirucci Sanderwicci the time of day to see if you enjoy their play style. The multiplayer battle modes based around team-building hammers this home further. Bleach’s overwhelming cast has never been so useful or relevant.
So, how does a game this promising fall short? Besides the aforementioned technical issues, Brave Souls is a victim of it its ambition. I applaud KLab Inc. for attempting to replicate the bulk of Bleach’s chapters and turn them into battles, but the problem is that so many of these missions, particularly those at the beginning, are positively brain-dead to the point of being dull. Many maps are just long enough to walk a few paces, beat down a couple packs of hollows, and fell the boss at the end. There’s no challenge to speak of because no one stage is complex enough to facilitate it.
There’s also the matter of narrative dissonance. Certain story scenes are rendered nonsensical since you can play as enemy units, characters that aren’t supposed to be introduced yet, or parties completely irrelevant to the matter at hand. An early chapter’s purpose might be to forward Orihime’s character development (something she and her pal Chad could desperately use), but when you’re casually killing as Ichigo what she should be struggling with all her might to overcome, any of that impact is compromised. 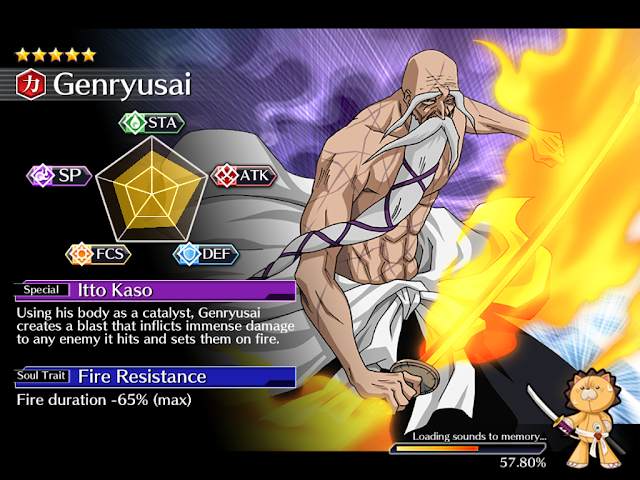 But that Brave Souls managed to suck me in for over an hour at a time despite this is surely evidence of underlying greatness. The touch screen control system is functional and engaging, offering up enjoyable hack and slash gameplay. Bosses that work like 3D versions of Punch-Out matches prove that more strategic battles couldwork if the developers manage to diagnose the current shortcomings.
In terms of free-to-play mechanics, Brave Souls handles itself with surprising tact. In principle, I don’t care for games that hold the ability to play them for ransom by making players wait, and this game does restrict you to five chapters per sitting in theory, but Brave Souls can be played nonstop for hours on end before having to expend in-game resources to play more – let alone actual cash. Because every chapter offers a taste of story and sword-slashing gameplay, the missions are more time-consuming and memorable than, say, your daily dose of Candy Crush. Tokens required to progress regenerate over time, so chances are you’ll get eight or more chapters at a time instead of the five freebies you expected. Should you exhaust these, there’s always the competitive multplayer mode or free time to micromanage the levels and powers of your fighters. Essentially, you can enjoy this one without having to spend a dime for anything other than overeager instant gratification
Brave Souls isn’t the finest anime game out there, but I believe it can be. Even in its bumpy, jagged state, KLab has managed to boil the franchise down to its most appealing elements and turn an intimidating multi-hundred chapter mess into something newcomers can actually parse. Any company looking to convert a battle-driven shounen series into a video game ought to take note.

For fans of Bleach, this PlayStation 3 game is a really good Dynasty Warriors clone. Buy from Amazon:
Share this