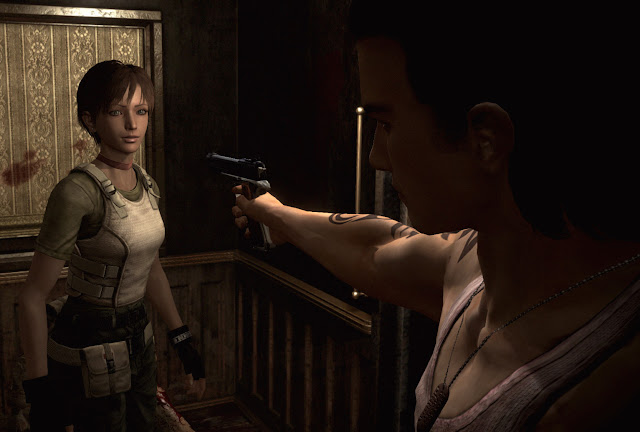 Finally, people who skipped out on buying the last couple of generations of Nintendo consoles can rejoice! Resident Evil has finally made its way to PlayStation 4 (among other consoles) after spending just over 14 years as a Nintendo exclusive.

Related reading: You can check out Jed’s review of the PlayStation 4 remake of the first Resident Evil game here.

For those not in the know, Zero starts literally just before the first Resident Evil game (and as the story goes on, concurrently with the first game’s story). Rebecca Chambers is a member of S.T.A.R.S. Bravo Team, the team that was initially sent out to inspect the Arklay Mountains to investigate a series of bizarre murders (we all know how that panned out). Things do not go as planned, and she finds herself needing to survive with the help of Billy Coen, a convicted criminal on death row, with whom she develops a relationship with over the course of the game as they try to survive on a runaway train, escape from bizarre leeches and explore yet another mansion separate from that of the original game.

This sounds typically cheesy of most pre-Resident Evil 4 games, and it fits. Those original Resident Evil games placed themselves quite deliberately with the “B”-movie traditions that often parodied the zombie genre, never taking itself too seriously and coming across as a kind of kitsch low-budget trash project complete with terrible dialogue and awkward control schemes. This was part of why Resident Evil became so popular in the first place, with the over the top voice acting we still remember today, as well as the cheap as hell jump scares (those darn dogs through the window) that are like a guilty pleasure. It’s a kind of guilty pleasure many get from watching classic B-Grade horrors like George A. Romero’s Night of the Living Dead or Victor Halperin’s White Zombie. We were never meant to take anything from this genre too seriously, but instead just enjoy the absolute terribleness of it all. (Mind you, as we’ve seen with Dawn of the Dead’s use of zombies as a commentary on capitalism that there’s the odd moment of serious reflection in the genre too… not that Resident Evil is a particularly good example of this). 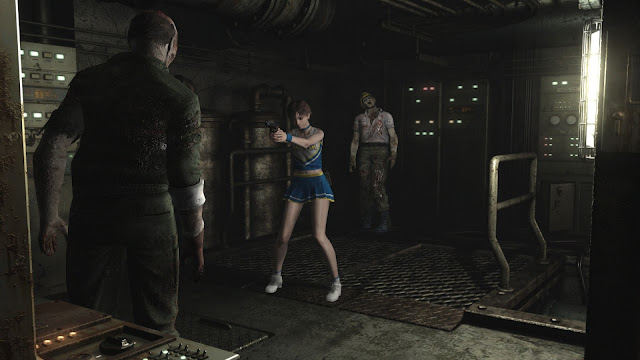 Resident Evil Zero was in many ways the last B-Grade zombie game in the main series of Resident Evil, as the one developed after that, Resident Evil 4, started the franchise on a path with a much more serious blockbuster tone to it (with mixed results). As a purist, it pleases me to no end that Zero has found a new home and a new audience that can see what the fuss was about and enjoy the ridiculousness of it all.

Speaking of its new home, Resident Evil Zero looks absolutely gorgeous on the PlayStation 4. Models look crisper than ever before, and the lighting and shadows still don’t feel out of place in 2016 despite being an up scaled 14-year-old game. Capcom have opted to keep the 4:3 prerendered backgrounds, though when played in a 16:9 ratio, it is zoomed in and made so that the background pans with character movement. A clever trick in my book. There is a choice to keep the game in 4:3, so purists can see it the way it was originally on the GameCube, which isn’t entirely necessary but good to see the option is there.

What separated Zero from the first trilogy of Resident Evil titles is Rebecca and Billy’s ability to put an item wherever they please, rather than storing them in storage boxes laid around in odd and often inconvenient locations. On the down side, you need to consider inventory management far more closely, since those item boxes were somehow magical and would allow you to access the same items you dropped in one box from any other box. Now, you don’t have the luxury of teleporting loot around the place. 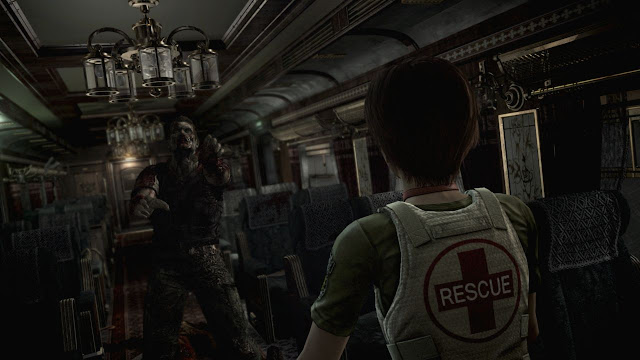 Controls were updated with the original release of Zero as well, with the ability to use directional control as opposed to the classic Resident Evil tank controls.  I personally prefer the tank controls due to its increased difficulty in escaping the monsters of the game (therefore cheaply adding to the tension), but newcomers will find this control scheme easy to pick up and play.

Related reading: And for a different horror experience, check out the noirish White Knight, also on the PlayStation 4. Matt’s full review.

There are a few additional surprises present in Zero, I won’t spoil them for you here, but they provide a great reason for veterans of the game to come back for another run. This game goes off the rails often in a good way, from a leech wielding villain to a train that seemingly never ends (yet somehow ends up stopping near where it started). For anyone that has been put off the modern direction this series has taken, Zero in HD on our new generation of consoles is the perfect remedy.