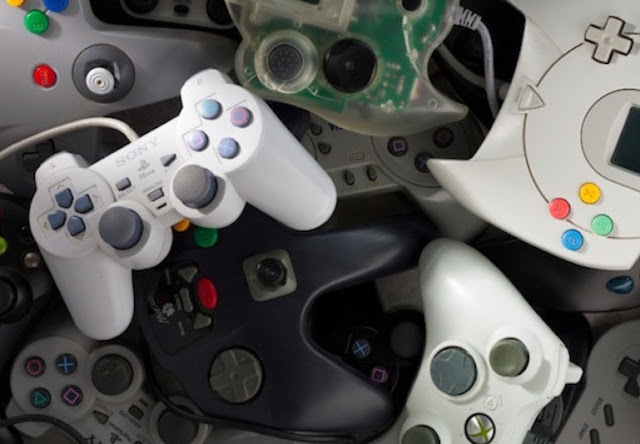 I know this is a topic I have touched on fairly frequently over the years, but it bears bringing up again at this time of year, when game news and releases are relatively infrequent and it’s a good time to indulge in some introspection.

I was reminded of the topic when I was recently watching through Leon The Professional (yet again – it’s one of my most watched films), and found myself realising that were it a game, it would be absolutely slaughtered in the media. If film critics were to assume that Leon The Professional’s sole purpose in existing was to entertain, they would likely have seen the occasionally uncomfortable relationship between Leon and Mathilda to be an unacceptable attempt at titillation, rather than the meaningful character study and social commentary that it is.

To take things to an even greater extreme, if we assumed that the purpose of Lolita – either the novel or the films – was to entertain, then Lolita probably should have been left on the banned books list, because a lot of what goes on in that book is downright disturbing. Thankfully wisdom (eventually) prevailed there and Nabokov’s masterpiece is rightfully remembered for the stunning piece of social criticism of American culture that it is.

In other forms of art, we use a wide range of adjectives to determine the value of the experience, of which “entertain” is only one. We value entertaining art, but we also understand that film, literature and so on can challenge, inspire, motivate, enlighten or otherwise impact on us. With games, though, the only adjective that seems to have any value in large parts of the community is “entertainment,” and that singular focus means many miss broader messages expressed in games like Lollipop Chainsaw, Nier, Bayonetta through to yes, even Dead or Alive. People are often overeager to deride these games for leveraging content they find to be uncomfortable or challenging (in other words, not entertaining) because they are not being entertained by that content, but in doing so they’re also largely missing the greater themes that each game is exploring, and consequently there is a certain artistry in each of those games that has been missed in the mainstream. People dismiss or deride Dead or Alive for its objectification without thinking to place it within the broader discussion of pin-up art, which is, most certainly, a valid genre of art and one worthy of mature discussion. They do so because were people will study a pin-up photo or drawing to bring theme and history out of it, with Dead or Alive they won’t look beyond the immediate gratification of its entertainment value.

Basically, it’s high time that we all understood that games have meaning beyond how much “fun” they are. In fact, getting a critical mass of people to move beyond the idea that “entertainment” is the exclusive core value of a game is the event horizon in legitimising the form as an artistic medium; once enough of us get over that line, forever after games will be as valid as visual arts, film, literature or music as a creative outlet. We’ll start discussing them on a far deeper and more insightful level, and, in turn, the quality of the games produced will increase exponentially because there will be a body of theory behind them that will help inform future artistic decisions made in creating games. People will still criticise games like Dead or Alive, and that’s a good thing, since debate is core to the artistic process and there are valid criticisms that can be applied to any game, but in placing the game in a broader context of an art movement, the depth and nuance of that criticism will extend far beyond dismissing it as an isolated work of “exploitative trash.”

It sounds simple, but there is a lot of resistance to that very notion at the moment, and it’s a difficult challenge to crack. For a lot of people a game does indeed only has value if it’s “fun.” They don’t actually want to place it in a broader artistic context, because when they do that they actually need to put some effort into understanding and analysing the game. We exist in an industry where lazy knee-jerk reactions are a luxury far too convenient for people to give up on.

“Fun” is a broad category in its own right anyway, and that satisfies most people; for some “fun” is in grabbing a virtual gun and mowing down hordes of army dudes from whatever foreign nation is currently in the American popular culture’s bad books. Others get their kicks from the grinding depth of a 100+ hour JRPG. If you’re like me you probably either turn to sports titles (specifically Don Bradman Cricket), or a rhythm game with anime girls dancing around to ridiculously happy music when you’re looking to kick back and have some fun. There’s nothing wrong with wanting that from games. After all, the very word – game – does imply entertainment. There’s nothing to say games can’t be “fun,” or that “entertainment” as the core goal for development is not a noble pursuit. There are plenty of films and books shot and written that are also specifically designed around their entertainment value. For all our understanding that film and literature are artistic movements, we have Hollywood and major publishers churning out stuff like Hunger Games and 50 Shades of Grey for the near-exclusive goal of entertaining the audience.

But – and it’s a big but – there has also been that argument floating around for many years now that games are also “art”. Many use that as a throwaway phrase, because they have played a pretty game, and because it’s pretty, their sense of logic assumes that it must be art. But that’s not really what art is. A lot of art is ugly, or, more specifically, a lot of art is deliberately ugly. You’re not always meant to enjoy all of the art that you see. Art can make you uncomfortable, and that’s often the point; a work is art because it makes you explore your feelings to understand why it makes you uncomfortable. So if we want games to be held with the same reverence as other art forms then we need to come to the understanding that a game cannot simply be dismissed or derided because they make us, as individuals, uncomfortable.

To achieve that, we’re actually looking at a lot of work for the gaming community, and it needs to come from all levels – the players, the developers, the infrastructure that supports the industry. Game development conferences hone in on this idea of constructing entertainment, while the big game shows (E3, TGS) are all about showing as many people as possible how much fun it is to leap around like a superhero. If there is a video game industry equivalent to Sundance or Cannes, where artistry is the dominant conversation, I’ve yet to encounter it (and it’s not nearly prominent enough if it exists). Game critics, meanwhile, are expected to check everything the write against some kind of imagined “fun” meter, and when we don’t; when we try and laud a game for being important or valuable rather than entertaining, our reviews tend to evoke confusion from readers and/or the publisher side of the industry.

And people in the community really need to learn to stop attacking any game that they don’t personally enjoy. That’s not to say you shouldn’t critique a game, but rather, simply dismissing or deriding the game because it’s not for you isn’t helping the claim for games to be seen as works of art; it’s about as insightful as mocking the Statue of David because he’s hanging free. Recognising something as art doesn’t mean that it’s good quality or entertaining, but our enjoyment of a game is completely irrelevant to it being a work of art. Which in turn means we don’t need to enjoy a game to appreciate what it is doing and saying, when it is doing and saying something worthwhile and meaningful.

If I could have one New Year’s wish, it’s that everyone who plays games goes into 2016 accepting that a game can have value and be meaningful without them ever actually enjoying it.

Shameless plug time! My book, Game Art, deals with this topic by treating games as works of art. Grab it from Amazon:
Share this