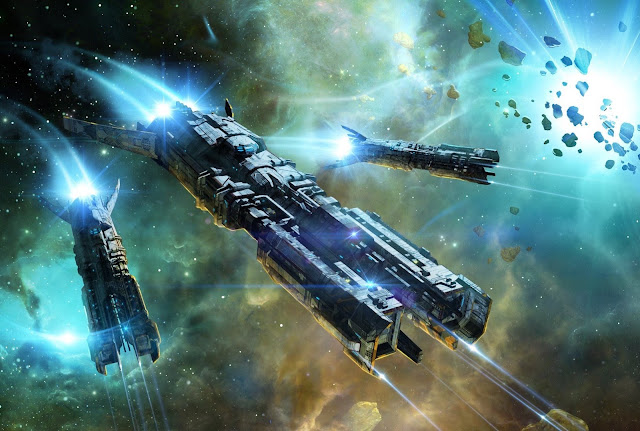 As with a lot of strategy games, Starpoint Gemini 2 is going to ask for a good chunk of your time. If you are looking for a game with a fast pace and a low barrier of entry, this title is almost certainly not for you. That being said, Starpoint Gemini 2 can be incredibly rewarding if you are willing to invest your time and effort into it.

You are the captain of your own ship, out in a three dimensional space where exploration and combat are at the centre of things. Starpoint Gemini 2 is really a blend of genres. The way you explore and gather missions based on your prior decisions and earn experience points towards levels makes Starpoint Gemini 2 feel like an RPG. There are plenty of simulation elements at play here as well, as you have to hire officers who have skills that compliment your ship’s needs, such as engineering or navigational focus. Combat has elements of strategy but also lots of action as you are forced to keep an eye on several things at once. To say that Starpoint Gemini 2 is a dense experience might be selling it short, given the wide breadth of things to be done.

Admittedly, it is a tough go right out of the gates. I am familiar with this title from when it released on PC and having played its predecessor. They were good games, with dense systems that have by and large made a nice transition to gaming consoles. Because of my familiarity with the series, I was able to pick up and go more quickly than total newcomers to the games will likely be able to, but even then it was not a seamless process. 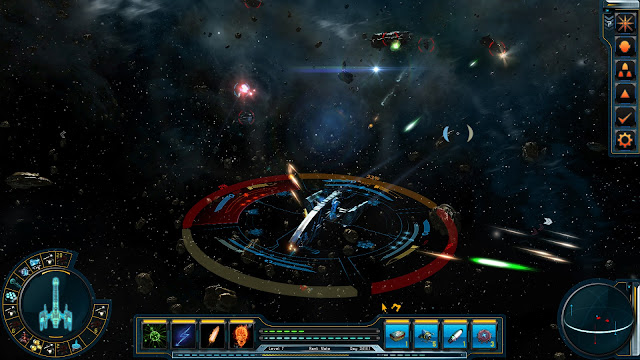 tarpoint Gemini 2 was clearly built on the PC first, and while the controller is serviceable, the controls are not as clean and intuitive as using a mouse and keyboard. Still, I was capable getting going in more quickly than I did when playing it on PC last year. There are a lot of systems to grapple with, and the first few hours of the game plays out like a massive tutorial. It is a very interactive tutorial, and while it does not hold your hand, the game does an admirable job of teaching you what you need to know to survive.

Once those training wheels come off however, and you have grown comfortable with the combat and systems for improving your ship, the expansive space before you is deeply enjoyable. The single player campaign keeps players pointed in the right direction initially, allowing them to grow with the game while serving as a loosely guided training experience. There is structure, but there is freedom as well. On the surface, this would be a great mix, but it can be hard to dangle plot elements effectively when the game itself is so open.

For such an open-ended gaming experience, the story of our protagonist Adrian Faulkner is really quite forgettable and unnecessary. He is trying to figure out how his father, a Gemini League member, was slain. It is not the deepest or most unique of stories, but its hooks show up throughout the game and provide a serviceable narrative to structure what is otherwise a very open game around. 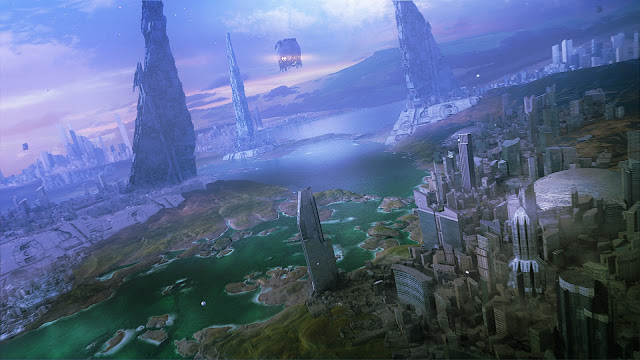 When I talk about how open Starpoint Gemini 2 is, I mean right from the beginning. You have to pick a type of ship, and they have variations in armour, speed and fire power. Naturally there are advantages and disadvantages to any selection, and over time you will develop a style of play that suits you. Early on, your ship is going to be over-matched by the Syndicate. The best way to keep your head above water is to take on the myriad of side missions along the way. Do you enjoy hunting down opponents, or perhaps doing your best Han Solo impression and smuggling something through space? The variety of missions is impressive, but because they are detached from the story, they begin to feel rather repetitive over time, and do little to add to the narrative. Thankfully the core mechanics hold up well enough on there own, that I felt as though I was shaping my own story in mind at times as I perfected my preferred playing style.

I personally enjoyed the smuggling side of the experience. When flying through some regions, you might encounter lawmen and that your cargo is considered illegal. When this happens, you have the choice of trying to fight them off, flee, or give up the contraband? These are all viable options that will impact not only your hero’s income, but also his reputation. I generally enjoyed the fast and sneaky route, avoiding trouble, but there is no wrong approach, rather just the possibility of a poor outcome depending on your level of preparation.

Levelling up grants perks and skills to boost your ship’s abilities. These RPG-like customisations go a long ways to making the ship yours, even if you find yourself disengaged with the narrative. The long trips through space are slow, though the attractive visuals and compelling music that remains subtle during slower moments while reaching upward to new levels during combat help to round out the presentation and make those long bouts between the action more palatable. 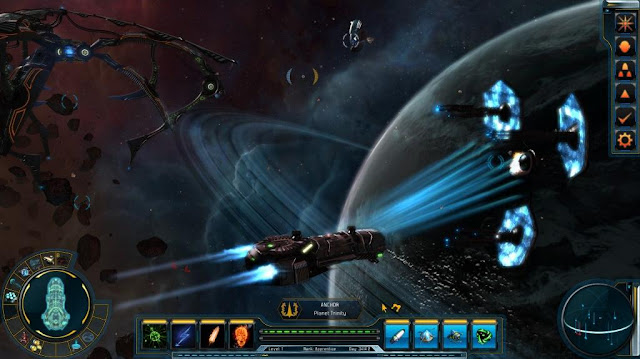 Starpoint Gemini 2 is difficult to get into, and I wish the narrative had been more interesting as well. However, the ability to play the game several different ways while reaching out and exploring a beautiful, expansive space helps to make the investment of time worth it. It is great to see a game like this coming to console, as the genre is far better represented on PC.

Buy the game (PC version) on Amazon:
Share this