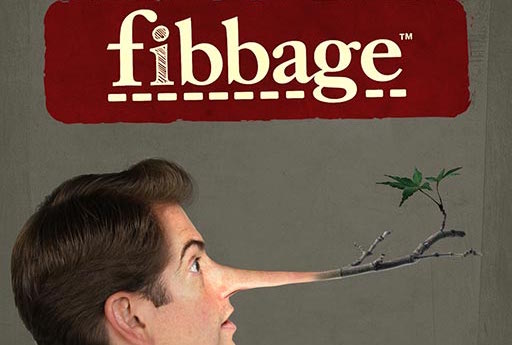 Related reading: For a larger up-front investment, you can pick up the Jackbox Party pack on other devices, which includes Fibbage XL as one of many different games. Matt’s full review.

It’s a remarkably simple game, as all good party games are, and can be picked up and understood within the span of about two minutes. Each game is broken up into a sequence of ridiculous, silly, questions, presented as sentences that state a quirky fact or statement, with one word in the statement missing. So, for example, in the category “Afghanistan” you’ll might see “In 2002, Bruce Willis sent 12,000 boxes of _____ to U.S. soldiers in Afghanistan?” Each player is then tasked with inputting a “lie” to fill out the question (for those playing along, my entry there was “beer”). After everyone has done that, everybody’s answers are displayed on the screen, all at once, as well as the correct answer. From the list of lies (and the correct answer added in) each player needs to try and guess what the right answer is.

Players get points for 1) guessing the right response and 2) coming up with a “lie” good enough to fool the other players into voting for it over the correct answer. After a half dozen or so questions the player that has picked up the most points is the winner. 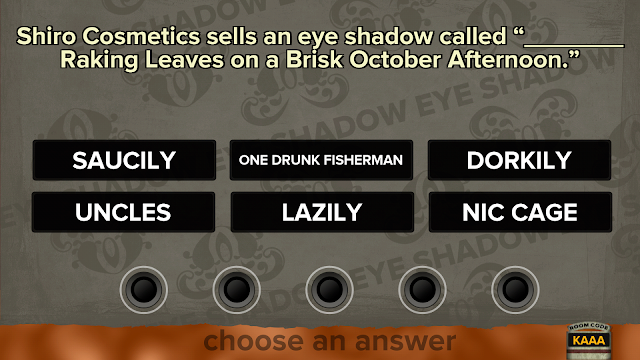 A combination of the silliness of the questions, as well as what players will inevitably come up with for their “lies” (especially after some beers), is what makes Fibbage XL so much fun. The structure that allows so many people to play at once (up to eight), is also remarkably elegant; each player points a Web browser (on any device – laptop, phone or tablet – that they might have) to a Web address, and inputs a randomised “room” code that pops up on the main TV screen through the Apple TV with each game. From there they input their answers to each question in private through their devices, while the main screen displays only the results. No cheating through this system!

It’s a simple, elegant, and effective use of multiple screens to enable a board game-style environment where keeping information from other players is core to the experience. It will be interesting to see what other games can make use of this kind of multiple screen capability on the Apple TV, because it is the perfect way to enable a lot of people to come together in the one room to play together.

With that being said, the technology is not perfect. Eight players are meant to be able to play Fibbage XL, and to have a party that big, that means eight devices, as well as the Apple TV itself, being connected to the Internet simultaneously. Not all modems (or Internet connections) are up to the task of delivering data back and forth between nine devices simultaneously, and while one of the connections I tested the game on was able to handle the full complement of players, on the other, if there were more than four players at once the game could be guaranteed to drop out during each game, which would reset it back to the start of the game and progress on the previous game would be lost. 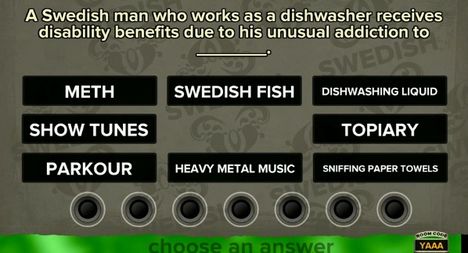 Still, even with four players at once, Fibbage XL is more fun than almost any other party game out there. When there are more players than devices that the Internet connection can support, just rotate the devices around. The game is designed more to facilitate fun than to be something that people fixate on, anyway, so people not playing a given “round” can still participate in the hilarity.

As a riff on the classic party board game, Balderdash, Fibbage XL checks all the boxes; simple, but effective presentation, plenty of questions to play through, so repetition won’t set in too early, and a speedy play time, with each game clocking in at around 15 minutes or so. Aside from the questions popping up on screen, the only other presentational element is a voice over commentator, who, in the style of You Don’t Know Jack, is just sarcastic enough to be funny and satirical without ever being offensive. That dude helps to set the mood nicely.

It’s perhaps a little expensive at $15 Aus for a game you’ll only ever pull out in party situations, and it’s a little expensive at $15 for a game that, after a couple of dozen plays, starts repeating questions with enough regularity that someone who has played the game has a severe advantage (he/ she has already seen the right answers, after all. The life span on this one is more limited than some other trivia games that I’ve seen around. 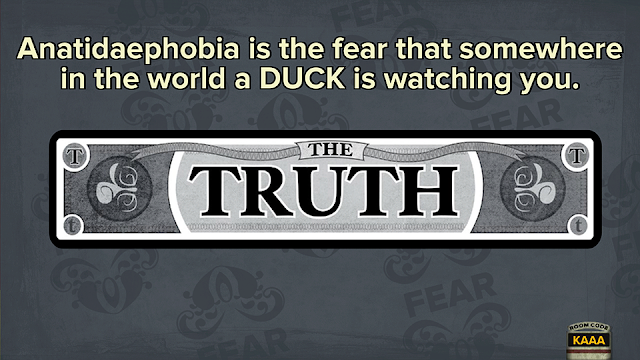 But then again it’s a fundamentally good idea to have games like Fibbage XL sitting around for when you do have a decent-sized party going on. This one got a significant workout over my Christmas, and it’s no doubt going to be one I pull out regularly into the future.