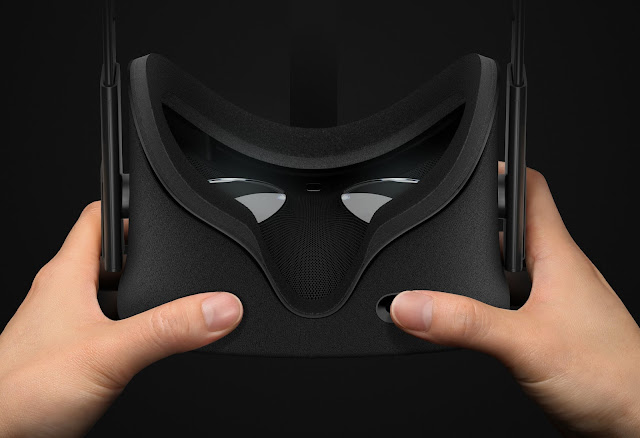 So, you might have seen that the Oculus Rift is going to squarely on the side of what most people would consider expensive. The unit itself comes in a $US599. What’s more, the unit needs some pretty specific (and powerful) hardware which, if you haven’t got a computer to spec yet, will set you back another $US1000 or so to build.

I’m not going to argue that $1,600 is not expensive. I’m not going to argue that it is “worth it,” – though I’m certainly considering it at that price (and I do need to build a computer to go with it). The Oculus Rift, right now, is indeed expensive and it’s not going to represent good value for money for an awful lot of people. And because the Oculus Rift is expensive, I’ve seen a lot of people overnight start to question whether virtual reality will take off, or whether it’s like Sony’s flirtation with 3D or Microsoft’s Kinect – doomed to fade into obscurity despite the massive amounts of money both vendors threw at it.

But, no. The Oculus Rift’s price is completely irrelevant to the long term health of virtual reality. I’ll get on to the fact that it’s not the only player in the market in a moment, but even if we assume that the only virtual reality headset that will ever be produced is the Oculus Rift, whatever happens to the device immediately after launch is largely irrelevant to its long term fortunes. The Oculus Rift represents a very new approach to technology; the first genuine attempt to bring a virtual reality experience into the home and living room. Virtual reality isn’t new technology, but Oculus Rift represents something that, in the context of the living room experience, is very new. And as such, it’s innovation. Innovation never comes cheap or sells to the mass market at first.

I’ll pull out this friendly graphic here to help explain: 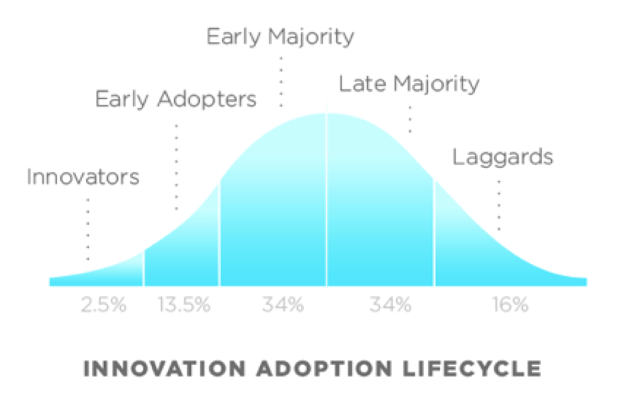 What this “innovation adoption lifecycle” explains is the expected breakdown for the potential audience for a kind of product from the point where the product first hits the market, right through to the point where it’s about to be replaced by the New Big Thing (TM). To state again for clarity: these percentages don’t represent the overall market in the world. It only represents 100 per cent of the people who were ever going to buy an virtual reality headset.

It is only the “innovators” that are typically willing to shell out for a product when it is new and expensive. As time rolls on technology becomes cheaper to produce, and the later end of the early adopters and early majority jump on board. And, when we talk about time, we’re not talking about console generations here, but rather the life cycle of the product category itself. For example, we’re moving into the “late majority” part of the cycle for smart phones, although the latest iPhone model is only a couple of months old, and we’ll start to see the successor technology to that start to pop up in the media soon enough, so movement across this curve will take longer than any single product released into it. But when we hit the “early majority” section of the curve, that is when we’ll see if the Oculus Rift and virtual reality-in-the-home has a chance to succeed. That is when the majority of people who were interested in the Oculus Rift before it was announced will buy one.

And I’ve seen the lines at game shows for having a turn on the Oculus Rift. At Tokyo Game Show last year the demand was so huge that people had to get tickets just to line up, and all those tickets were gone by 11am. And that was on the business days, when there were no consumers on the floor, just industry representatives and journalists, and that meant far, far fewer people in the building.

Related reading: Matt, meanwhile, is waiting with baited breath for his chance to play the Miku VR demo on the PlayStation VR system.

The point is that the demand is there. It might take Oculus two or three generations to get there, but Facebook’s got the cash and can afford it. At some stage the technology will hit a point where it will go mainstream. This is not a repeat of Sony’s 3D or Microsoft’s Kinect, where both had to spend a fortune just trying to get people to give the technology a go (especially considering both technologies weren’t nearly as innovative and therefore already further progressed across the lifecycle than the virtual reality is at right now). People are coming, in droves, to the Oculus Rift, and while it might be out of their price range now, it won’t be forever.

All of this is assuming that the Oculus Rift is the only virtual reality product on the market. It isn’t. There are a dozen vendors producing virtual reality headsets, and there is serious competition on the way from Sony, with its PlayStation VR headset. While we don’t know how much that will be, it would seem likely that Sony will price it under the Oculus Rift, and unlike its rival, the PlayStation VR headset will run off existing PlayStation 4 hardware.

So, even if the Oculus Rift isn’t able to compete and does go the way of, say, Ouya, that wouldn’t be a sign of the technology itself not resonating. The raw interest in the technology is there. In the most extreme circumstance, were the Oculus Rift to fail, it’s a simple reflection that the company was unable to find a way to position the device as being reasonable for the price.

Related reading: Speaking of Miku, vocaloids are a good example of this adoption curve. The technology was once expensive and unwieldy. Now, however, it has gone global…

But I don’t think the Oculus Rift will fail. Adoption might be slower at once, but I do think that will quickly accelerate as people do realise that it adds something meaningful to the gaming experience.

For a cheaper alternative to the Oculus, Rift you could also consider the Samsung Gear VR. Grab it from Amazon:
Share this