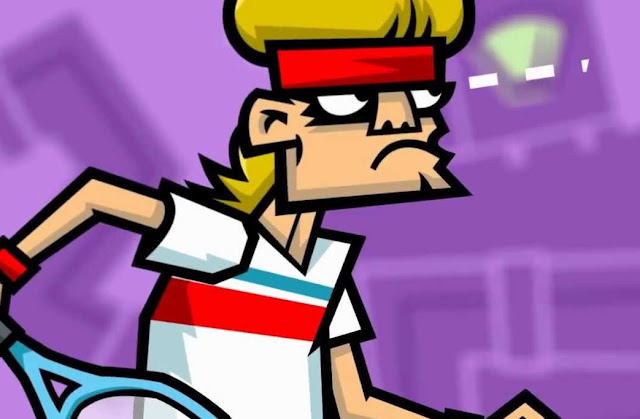 Tennis in the Face is not a unique concept. The idea of toppling over objects (or in this case, people) with a series of ricocheting projectiles has been seen countless number of times all over the Internet. These games often employ ragdoll physics and seriously addictive gameplay, and the one thing that’s mutual to them all is they’re free to play.

Related reading: For a second opinion, you can read our take on the PlayStation 4 version here.

You can easily play them in your browser, although you might have to update your Java plugin or endure minute-long ads. Why Tennis in the Face has a price on it is something I don’t understand as it brings literally nothing new to the table and that it is absolutely no different than the seemingly infinite games of similar ilk, aside from the fact that it’s ad-free.

Playing as Pete Pagassi (the naming influence should be pretty apparent) you must save the city from the addictive-grasp of Explodz, the top energy drink and, bizarrely enough, the primary antagonist. A former Explodz addict, you travel from district to district knocking out clowns, hipsters, scientists, police officers and other addicts to relieve them of their addiction. You do this by hitting them with tennis balls and explosive cans of Explodz (hence the name). With only a limited number of projectiles at your disposal in each level, you must scrutinise the layout of each map carefully and with the help of the ragdoll physics and ricochet mechanic, try to cause as big a chain reaction as you can muster. 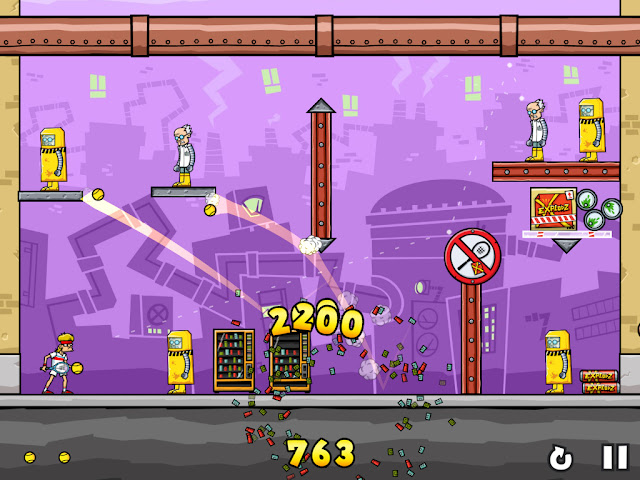 The basic gameplay remains the same from level to level. The difficulty, however, gradually increases from as you progress until it reaches to a point where one well-aimed shot is absolutely needed to progress to the next stage. If you’re thinking that this is where the game would make you rage-quit, then you’d be wrong because if anything, it only makes the approaching and tackling of the stage that much more entertaining and addictive. It’s like Flappy Bird or Pac-Man 256, where you know the next time you might fare better than your last attempt. And because Tennis in the Face’s ragdoll physics often-times lead to pretty unpredictable results, you might even get lucky and wipe out a good number of people with just a few throws after thinking the level seems impossible.

Related reading: Sam’s review of the sequel to Tennis in the Face, Baseball Riot.

The presentation is very cartoony and likable, and the animations are extremely well done. The music, on the other hand, is perhaps the only aspect of this game which is completely negative. It’s completely bland and hearing the same tune on repeat bogs down an otherwise fun experience. Most of the time I found myself muting the game’s sound from the audio mixer.

Tennis in the Face is indeed a fun and funny game, but is it worth paying for? Given the fact that it’s a wholly unoriginal game that barely distinguishes itself from its (free) peers, I would say no. One suspects that, at some point, the developer will be better off releasing a free version.