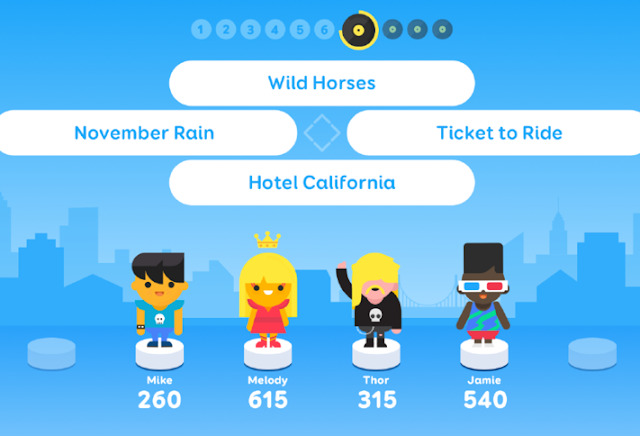 The Apple TV has become a real hit of a game console in my household, already, as a spiritual successor to the Wii. Though Apple’s mandate that all games released on it must be compatible with the limited (from a gameplay point of view) remote control, for the purpose of party and casual games, it’s already a safe bet for families and anyone who regularly plays local multiplayer games.

Related reading: Our Apple TV review, and why you want this as a secondary gaming console.

And SongPop Party is a big part of that equation. This humble, free-to-play trivia game offers a ridiculous amount of competitive fun, and is the kind of game that, in small groups and accompanied by pizza and beer, can easily become a whole night’s activity in itself.

As you can probably guess from the name, SongPop Party is a music trivia game. Each game takes place across a number of rounds, and each round consists of ten questions. For each question, a brief piece of music is played, and players will need to either guess to name of the song, or the artist that performed it, from four different options. Each player guesses at the same time by either using the Apple TV remote or a free companion app on an iOS device that syncs up with the game before a match, and points are awarded to those that answer correctly, with more points going to those who answer quickly. 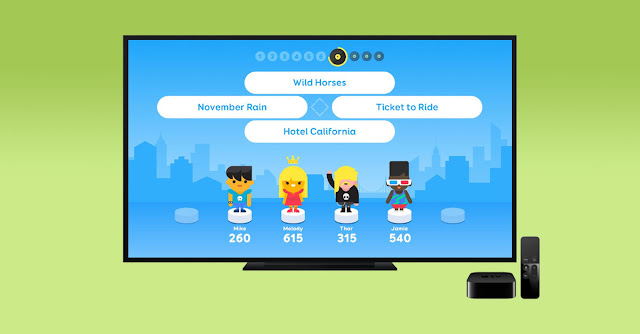 The person with the most points at the end is the winner. SongPop Party is as simple as that. There are no “special rounds” with zany rules, no tainted love modes with which to steal one another’s points, or any other “features” of other trivia games that tends to spin players round round, baby, round round. SongPop Party is all about answering questions, and doing so all night long (yeah, okay, no more lame music references, I promise).

Two things make SongPop Party stand out and be absolutely essential despite its mechanical simplicity. This first is basic; up to six people can play at once. That will mean you need the Apple TV remote and five more iDevices, but pulling that together allows for a sizable group of people to get in on the fun each match – and if the party is larger than six, its easy to share around without anyone waiting too long for a turn.

The other key feature is the main selling point; there are a ridiculous number of categories to choose between in each round. In the typical match the first round might see people guessing about hair rock bands from the 80s. Then the next round might be soul music, before grandma decides to pick music from the 50s and really screw everyone else up. Each of those categories are further broken down into setlists, and while unlocking them takes time (the way the game makes money is by encouraging you to speed the unlock process up) after a couple of hours of play the sheer number of music choices on offer will allow anyone, regardless of their musical background, to have a pet area of expertise where they can feel like a music whizz. 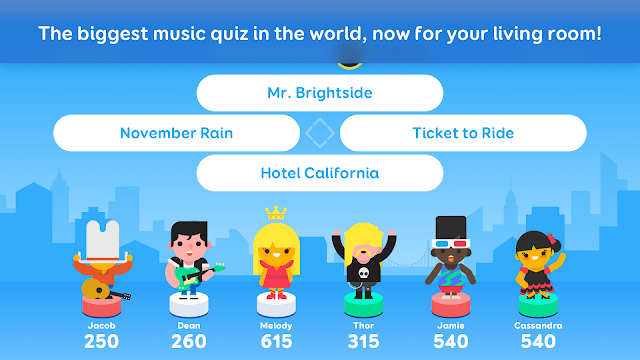 And that’s important. When we play, we allow the person that came last in the previous round to choose the subject for the next round, and that tends to keep matches close to one another, as players coming last will inevitably pick something they’re good at for the next round, and move up the rankings. To many other trivia games leave people feeling like dunderheads, and their inevitable boredom kills the fun for everyone else.

As for me, personally? Well, I do alright at 80s and 90s music, being a product of that generation, and I’m good with classical, having spent time studying it. But I am really ace at disco, to the point where I’ve had people deliberately answer a question wrong in a category so that I don’t end up at the bottom of that category and can’t pick disco for my turn, end up with an obscene number of points, and leap way into the lead.

One time a friend did that and then subsequently picked the rap category. Not that he was any good with rap music, but he also knew that I’d be lucky if I could even guess one question right. The Apple TV remote nearly ended where the sun doesn’t shine for pulling that stunt. 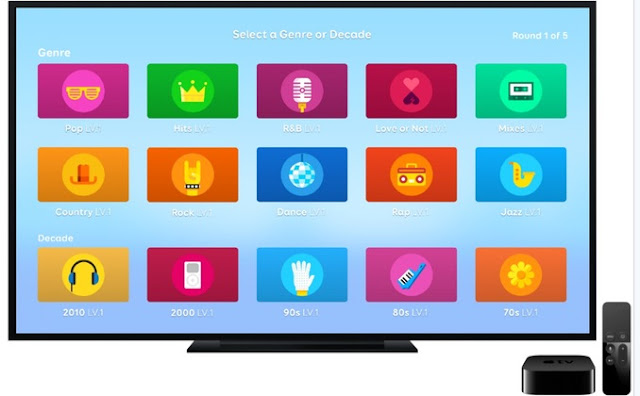 Related reading: Apple TV game of the year awards 2015 (yes, the device has just launched, but there are some good ones).

Anyhow, Song Pop Party is the best local multiplayer experience for the home TV that you’ll find anywhere, really. It’s lighthearted, fun, fair, and, after a couple of beers, utterly hilarious. It is, frankly, almost enough of a reason to pick up an Apple TV all by itself.