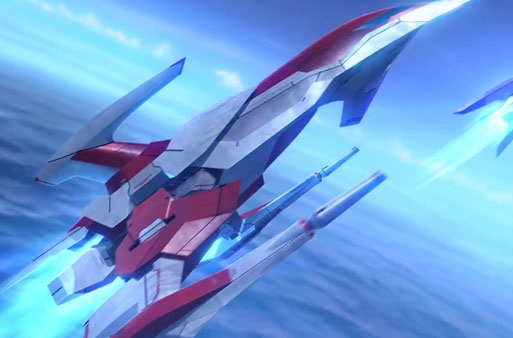 That DariusBurst launches at a standard retail price despite being both digital-exclusive and a niche 2D shooter represents unwavering faith from its publisher, Degica, in its raw quality. The Darius franchise hasn’t necessarily topped the charts throughout its 30 odd years on the market but it’s a brand that has managed to endure release droughts through compilations, enhanced ports, and remakes that fans of shoot ‘em ups can always turn to for reliable entertainment.

Chronicle Saviours is no exception to that, delivering what is incontestably the definitive edition of the more modern Burst games. It’s not about to set the world alight with genre-shattering improvements, certainly, but Darius’ top-notch mechanics are nothing to make light of and this iteration throws in its share of nifty bonuses. Considering previous instalments weren’t widely accessible without importing or a willingness to brave a bullet-hell on a tablet/ mobile device, the word “saviour” in the title is an apt one indeed.

Being an amalgamation of the aforementioned Burst releases, Chronicle Saviours has quite a bit of meat on its bones. Nonetheless, I imagine most will cut their teeth on the traditional arcade mode to get a feel for the overall package. It’s about what you’d expect from a no-frills arcade-to-console shooter port, right down to the warnings telling players not to hit their heads on the way out. Consequently, that also means the game’s native 32:9 resolution stays intact and cramming all that horizontal estate onto a standard television set doesn’t make for the most practical display. In a genre dominated by onslaughts of dozens to a hundred bullets every five seconds, it’s no fun having to squint and be distracted by the void of wasted black space that envelopes the action like an overprotective mother. 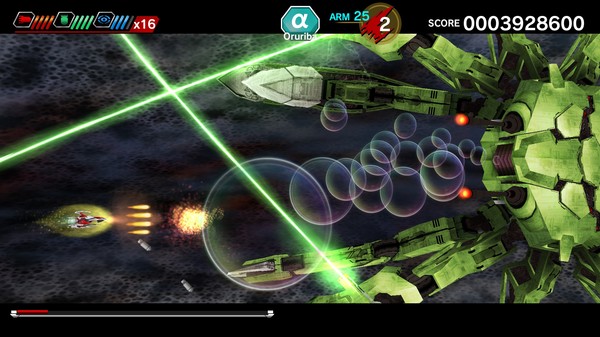 The mode, conceptually speaking, is capable of serving up watertight shoot ‘em up action. Darius trademarks like non-linear level progression and alternate endings out the wazoo (not to mention unlockable versions of every stage that crank the difficulty up several notches) give Burst’s arcade mode long term replay value. It bears mentioning that in DariusBurst boss fights are a core component that often outlast the length of the levels that precede them. As a result, it’s a game with an atypical sense of urgency compared to shooters that take the traditional route. A greater variety of stage obstacles would have gone a long way in making each stage distinctive, but the intensity of every boss bout on offer is truly something to behold.

You’re also able to select one of the plentiful Silver Hawk models to pilot through the galaxies, each of which boasts some special ability to be charged up throughout the proceedings and, in all likelihood, unleashed against the monstrous end-stage bosses. Though which attack is best is probably a matter of preference, they’re a core element of the DariusBurst experience and can make or break a run depending on your familiarity.
It’s worth noting that, despite being unabashedly aimed the seasoned shooter fan, DariusBurst offers a decent set of training wheels for those browbeaten at the mere sight of enemy fire. If your plain explodes, you can pop in a virtual credit and continue right where you left off. Between the weapons and the accessibility, the pick-up-and-play arcade style is the ideal testing ground for the more dynamic modes down the road. The only problem, again, is that it could all be rendered messily depending on your TV setup. For that reason alone, the Steam version is advisable due to its greater customisation capacity. Assuming optimal circumstances, though, the lengthier field of vision allows for enhanced foresight and speedier response time than zoomed-in perspectives can possibly provide. Other modes opt to condense the proceedings down to the standard console resolution. 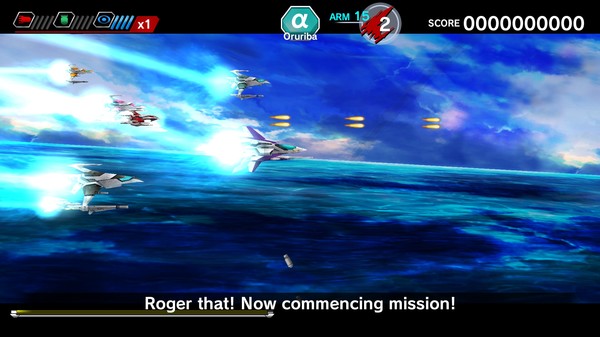 I suspect that the game’s Chronicle mode going to be billed as the main event given that it offers roughly 3000 levels. That’s downright gargantuan for a shoot ‘em up of any stature. These stages throw down various parameters that players have to meet, be it a restriction of the allowed vehicles or the number of lives. Tantalising as these 3000 levels look on paper, though, it becomes apparent all to quickly that many are randomly spliced up portions of the main game that don’t necessarily play to the strengths of Darius. Enemy formations, computer AI, and boss patterns vary, but there’s so darn many of them that it’s impossible for any real quality consistency. I have a tough time imagining anyone but the most devoted fan in the world sitting down to complete more than 500 of these, let alone run the whole multi-thousand gauntlet. That said, the online missions that mandate multiple players through the use of a virtual arcade cabinet system are treasures you don’t stumble upon every day and it might be worth checking out a few levels simply for them.

Related reading: Kromaia Omega is a killer example of deconstruction and innovation within the bullet hell genre. Clark’s full review.

I vastly prefer Chronicle Saviours mode, which is obviously an exclusive addition to this DariusBurst iteration. Although it has a fraction of the challenges in Chronicle mode, these ones feel calculated and specifically catered to the home console crowd. This one also does away with the unlimited continues in the rest of the game, providing an intense platform for players to test their mettle after tempering their skills with the arcade mode.

Hot off the heels of the recent Kromaia Omega, which defied genre conventions at every turn, DariusBurst is there to remind players that traditional 2D shooters can still put up a fight. The arcade mode alone provides dozens of well-spent hours to genre fans and is enough to cover up for the gratuitous padding elsewhere.