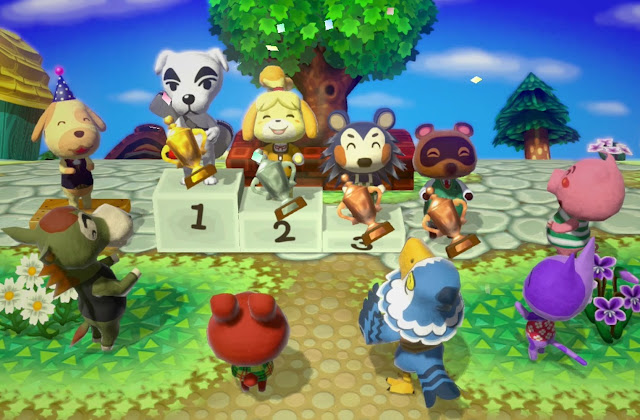 Amiibo Festival is more proof of concept than a major release from Nintendo, so let’s get that out of the way from the outset; come into this expecting some kind of deep, lasting, rich experience and you’ll probably be disappointed. To its benefit it works really quite well, and carries with it an obscene amount of charm, but I suspect the overwhelming simplicity, mandatory figurine and card purchase, and thin content will wear this one out well before you’d want it to – especially when Animal Crossing is a brand synonymous with hundreds of hours of fun.

Related reading: Square Enix’s Fortune Street franchise is one of the best digital board games out there. Matt’s reviewed the iPhone game here, but there’s a Wii edition worth nabbing.

The main part of the amiibo Festival package is a board game that takes place around what fans will instantly recognise as an Animal Crossing village. It’s as simple as board game design comes; players simply roll a dice, and move the designated number of spaces. The goal is to collect both “happiness” (points) and “bells” (cash), and each space on the board will either add to one (or both) resources, or take away from them if you get unlucky. There are frequent special events, and it’s possible to earn cards, that allow you a one-off opportunity to select how many spaces you move, as opposed to relying on luck, but the board offers very few branching paths, so for the most part it’s about as complex as moving around a linear board game like Snakes & Ladders. Each turn represents a day in the Animal Crossing world, and the game ends after a complete month’s worth of turns. The winner is the person that has accumulated the greatest composite of both cash and happiness.

There is one area where amiibo Festival’s board game had potential for depth; a “stork market” mechanic that allows players to strategically increase their cash reserves by a rapid amount quickly. Once per week each player has the opportunity to buy up turnips (shares), then, as his/ her avatar moves around the board each space has a stock value that turnips can be sold back for. The winner of the game is really decided around who is most successful in this system; whoever is lucky enough to land on really good turnip values will stockpile a whole lot more cash than the others, meaning they can buy more turnips than the others the next week and start to earn an exponentially greater income than anyone else. There’s some risk/ reward in place, as the turnips will go off if not sold by Saturday, so players need to weigh up whether a “pretty good” price for stock is worth taking, or if it would be better risking a couple more rolls of the dice to see about landing on a better price. It’s still a mechanic very much reliant on luck, but at least there is some agency and strategy involved there, thin as it is. 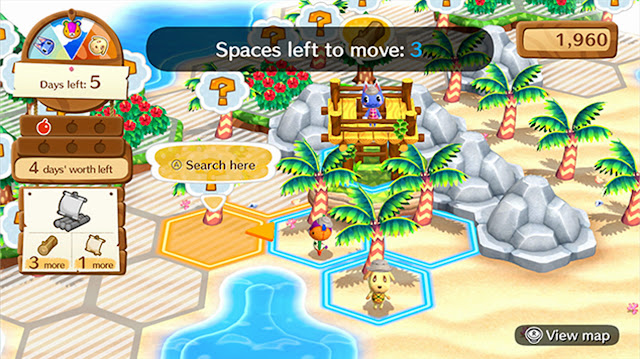 Unlike Nintendo’s other popular board game series, Mario Party, there are no minigames to play through the board game of Amiibo Festival. It instead relies heavily on the charming descriptions that occur on each space on the board to explain why a player has earned, or lost, cash and happiness. Fans of Animal Crossing will enjoy these descriptions, which describe events in the typical Animal Crossing life charmingly. There are a lot of these different little event descriptions in the game, and while repetition does eventually set in, they’ll remain charming even as you’ve seen them for the tenth time. People who prefer their board games to be a bit more active will be disappointed, however.

The game’s central gimmick is that you’ll be using your amiibo as a playing piece. In fact, there’s no way not to. The amiibo playing piece is the only way to roll the dice (by tapping it on to the Wii U gamepad), and not just any amiibo will do; the game has a special set of eight Animal Crossing-themed amiibo that are the only ones compatible with it. It’s a little cynical to ask players to each buy amiibos for the sake of a gimmick and a single title, though at least players can save points earned while playing to their amiibo, and those points can unlock costumes and little emotions to use during the board game; all completely unnecessary, but fun bonuses nonetheless that help to show the potential for amiibo as board game pieces.

A far bigger problem is the number of boards amiibo Festival has within it; one. That’s right, there is one solitary board to play the board game on. That board can be tweaked slightly, as there are twelve variations on it – one for each month of the year – which will change up a couple of key events that take place through the game, but the board layout remains the same each time, and that I find to be unforgivable. Amiibo Festival badly needed more variety, because this board, variations or no, is no where near interesting enough to maintain interest in the long term by itself. 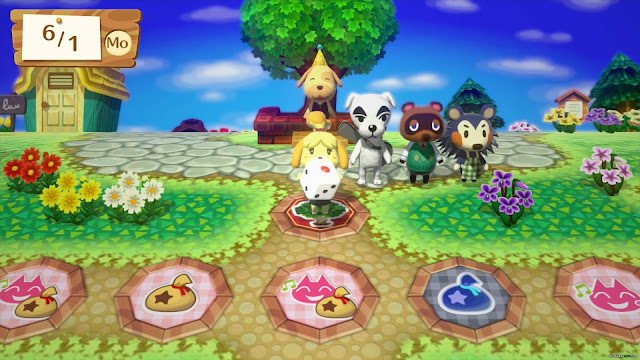 Nintendo apparently recognised this, including a handful of minigames beyond the board game. Most are exceedingly simple, such a variation on whack-a-mole. One is actually really interesting – a little survival game where a team of three characters need to take turns exploring an island, broken up into hexagons, to find the materials they need to escape, while at the same time finding enough food to keep them going as they explore. So in practice it actually works a little like a strategy board game in itself, and ironically has greater depth than the main event. Each character that you can bring to the island has a different special ability that they bring to the group, with some better at exploring, while others are better at gathering food or dealing with specific challenges, so getting the team to work together has a nice strategic touch to it.

Unfortunately that mode – and all the game’s other minigames – relies on a second set of amiibo goods; cards, which can be purchased in randomised packs, as you would CCGs. You only need three cards to play the minigames (and those are packed in with the game box), but to get the most out of it, you’ll want quite a few more. Unfortunately, assuming you do that, as a diversionary minigame there are far too few “levels” (maps) to work through, and the other minigames that use those cards aren’t any better.

So amiibo Festival quickly starts to become quite expensive, and it’s just not deep enough to justify that kind of investment. While you’ll want extra amiibo figurines and cards for the sake of variety, these purchases only add superficially to the package, which becomes a minor diversion at best. While it’s a ridiculously charming, happy game, it starts to really erode the goodwill it initially earns when its limitations become apparent. 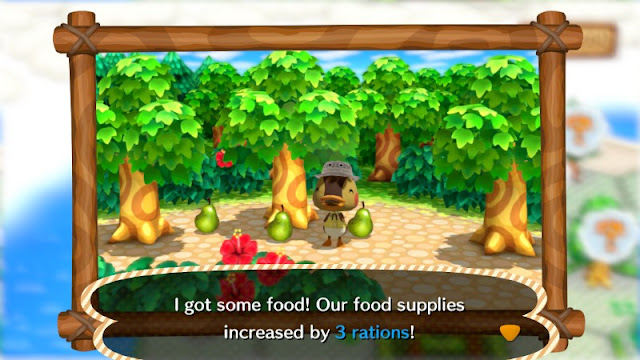 What Nintendo has done with amiibo Featival is demonstrated some of places that its amiibo platform could be pushed. As a tech demo it proves that amiibo can be core playing pieces to the in-game experience. The cards demonstrate that something like a CCG would be possible through the console. The potential there is plenty exciting. It’s just a pity that the game that Nintendo chose to demonstrate it all is far too limited to back up the potential.

All of that being said, I do have to point out that for people with young families, this is a good Christmas purchase. It’s simple enough for people of all ages to enjoy, and, as I’ve already mentioned a couple of times through the review, it’s utterly adorable.