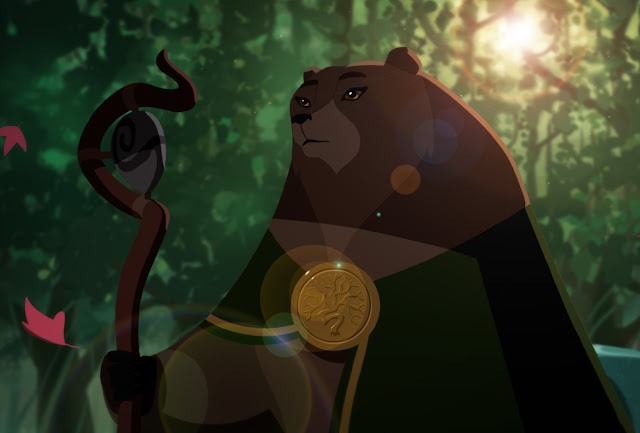 Digital board games can be a mixed bag, as it can be difficult to capture what makes a board game so compelling when you cannot see the faces of players sitting around the table beside you. However, some board games are now designed to specifically take advantage of the digital format, and Armello is among them. It is a near-perfect harmony between taking turns and letting the computer manage the rules, creating a unique game that is worth experiencing.

Related reading: An interview with the lead creative behind Armello.

With the Kingdom of Armello facing a dark time as their king has been infected with a magical rot, it is up to the different clans of Armello to make haste towards the palace and try to take the throne for themselves. The premise can almost be described as Game of Thrones meets the Animals of Farthing Wood. Why? Because there are plenty of fantastic elements and political intrigue in every match, with a great deal of backstabbing and ruthlessness for good measure, but all of it is presented with lovely fantasy music and cartoon quality visuals that bring these different clans, each represented by a different animal, to life.

I mentioned in my introduction that some board games can loose something when they make their way to the digital format. Armello is the type of game that probably would lose some of its enchantment if taken the other way. It merges elements of tactical card games, the grid-like movements of a board game and even RPG elements with respect to how characters develop. With all those systems in place, were this an actual board game, it would be far too slow for most people to find to be much fun. But in digital form, the game moves at the right pace to mix strategy and progress, while not tiring the brain out, by giving all the calculations to the engine. 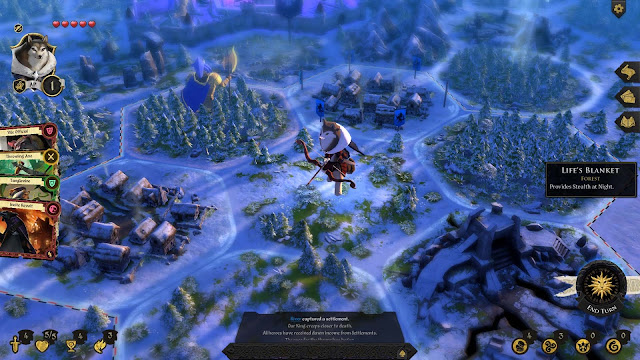 Battles in Armello are duels of dice that allow players to burn through cards that have been earned through play to boost their chances. The first couple of times I rolled the dice, I was admittedly confused as to what was actually happening as the results wre played out on screen. It comes down to a series of strikes versus blocks, and the basic idea is the more dice you have the better your chances of overcoming your opponent’s defences. Credit should be give to the tactility of this part of the game, as you use your thumb or finger to swipe across the controller’s touchpad to initiate the roll of the dice. They clatter around the screen, rolling about and teetering on edge to add that additional layer of suspense every now and then. In general it simulates the roll of physical dice quite nicely and keeps us linked to the board game nature of the game.

At a glance, Armello looks almost like a fantastical interpretation of the Civilization games with a series of colourful, hex-based tiles that you move around in. There is certainly a strategic element in how one moves about the board, but the game itself has nothing to do with Civilization, except perhaps the multiple victory conditions. Some of the conditions are less balanced than others, but in all I liked the fact that you could approach the game a handful of different ways, and achieving victory with one of the more difficult conditions is certainly a challenge.

There are a fair number of rules to be learned, but the nice thing about the digital format is that the rules are always being mediated by the game’s engine, so mistakes can’t be made. This also helps to accelerate the learning curve, as does the story-like prologue that also serves as a training centre. This is a tremendous boon, because there is just so much to take in initially. I obviously did not win my first couple of games, but once I got the hang of things, I was able to compete with the AI, which I started to realise does sometimes make some odd choices. Outside of its sometimes very lengthy turns it takes for the AI to “think,” this is my biggest complaint about the game: the choices the AI makes sometimes seem nonsensical and borderline unfair. There were several opportunities where the AI would have been rewarded to go after each other and instead they seemed to have an alliance against me, even though I was not the most logical target. Playing with actual friends makes for a more rewarding experience. Unfortunately there are not a ton of players out there and getting into a multiplayer game could be a bit time consuming. Additionally, people who leave the game prematurely should be penalised in some fashion, but currently there’s nothing stopping the inevitable ragequitters from ruining a perfectly executed victory. I do wish that this had been the PlayStation Plus freebie of the month (it certainly had my vote) as it probably would have boosted the player population considerably. 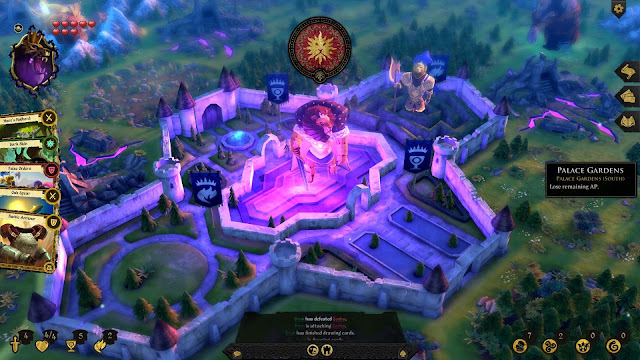 In terms of the presentation, this is yet another area where Armello benefits from its digital format. For one, the game is absolutely gorgeous, with lovely forests, pastel light effects, stretching shadows and more. The game also cycles through a day and night cycle which is a pretty aesthetic but also has some in-game mechanical effects that would have had to been abstracted for the tabletop release. Add to it the instrumental music, which during the battles is appropriately intense while the more strategic map screens can best be described as soothing.

Related reading: There are now a handful of great Aussie games available on the PlayStation 4. Last month’s Submerged is another great example.

Armello really does a very good job of blending board game mechanics with video game technology to create a fun experience that should appeal to fans of both. The AI could certainly use some tweaking, and this is a problem that is more pronounced at the moment due to the somewhat limited player base that is currently out there. Still, this is yet another great example of the wonderful indie games that help to make the PlayStation 4 so much more than a machine for blockbusters.

DDNet does Japan! Day #16: What to do when a typhoon comes knocking in Japan