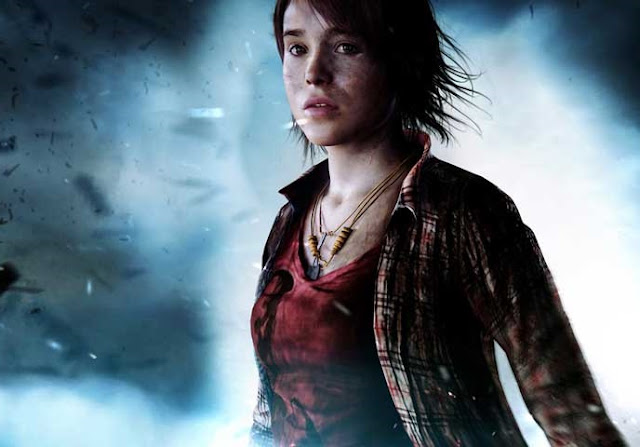 I had never experienced a David Cage-produced game before, and therefore was not entirely sure what to expect. After playing Beyond: Two Souls I have some games to catch up on now.

Related reading: For a review of the original release on the PlayStation 3, check out Matt’s fill review?

Jodie (Ellen Page) is a girl who cannot find her place in the world. Seemingly everywhere she goes, and no matter who she interacts with, no matter how good her intentions are, things seem to go horribly wrong every step of the way. And in Beyond: Two Souls, we get to actually see every step of the way. From trying to help out the homeless to trying to fit in with a crowd of sixteen year olds, Jodie tries to do a whole lot of good things, only for those efforts to subsequently blow up in her face. And that leads us to a very intensive character study narrative indeed. 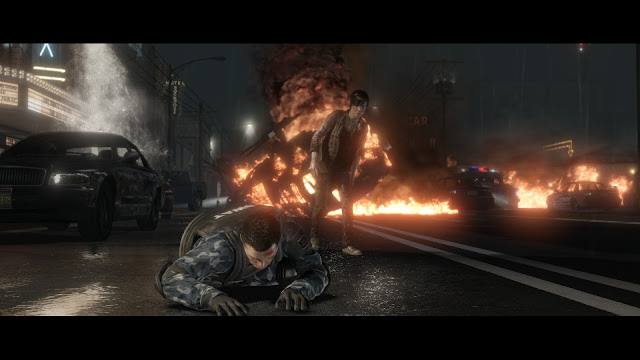 It is in surviving these tragedies that showcase how strong Jodie is as a person, and it is those who are behind Jodie, scientists Nathan (Willem Dafoe) and Cole (Kadeem Hardison) who are there not only trying to understand Jodie and a spirit attached to her by an invisible chain, Aiden (because part of Jodie’s problem is that she’s haunted by a spirit that is benevolent to her to the point of being malevolent to anyone that would seek to hurt her). These scientists are surrogate parents to Jodie, giving her opportunities to thrive despite that which is not perceived by the outside world as “normal”.

Of course, growing up in an institution causes obvious issues for Jodie as she grows up. Arguments she has with Nathan and Cole are all too familiar to me as a parent with my own son and his battles with being “different”. Beyond: Two Souls manages to fit in much more character exploration than any movie ever could, and tell it at the perfect pace rather than be inhibited by the weekly episodic television structure.

Despite the pacing differences, however, Beyond could be viewed as a cinematic masterpiece, because it shares a lot of similarities with that medium. On a technical level the aspect ratio used is cinematic in nature, so there are always black bars at the top and bottom of the screen, and the game itself is hardly interactive, it plays more like a “choose your own adventure” novel, where interactions are mostly made to direct Jodie’s decision making during chapters, while the narrative itself plays on a set path. It was important the game played out like this, because it has some serious points to make that couldn’t have been delivered by providing players with too much agency over minor decisions. Unfortunately many people who reviewed the original release of Beyond: Two Souls panned it because ultimately, there wasn’t enough pew pew or puzzle solving for their liking, and the subtlety of the interactivity in this game didn’t resonate to the same degree. 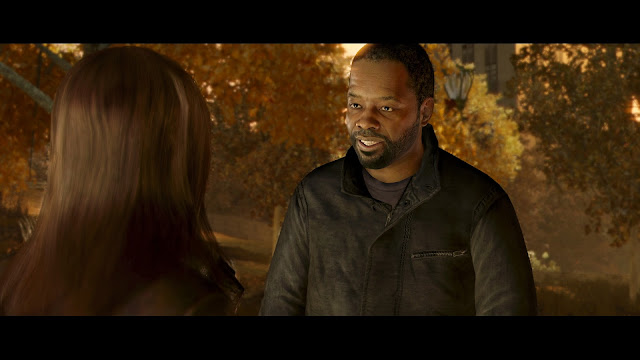 But that’s a pity, because, outside of the key moral decisions, the subtlety of interactions make Beyond an incredibly intimate experience. A flashback scene with child Jodie allows you (as Aiden) to push a little toy car around. It doesn’t sound like much, but by connecting players to the mundane actions of everyday life, the connection between player and Jodie’s more dramatic moments is stronger. Rarely have I been so involved with a character that, when I’ve needed to make a difficult decision, I’ve found myself sweating. I don’t think I would have had that response if I wasn’t also able to have a role in the normalcy of Jodie’s life, which is why Beyond could only work as a game, and not a film.

What is so amazing about Beyond: Two Souls is the dedication behind making an experience that is tailored to the individual experiencing it. Ellen Page and Willem Dafoe spent countless hours performing similar scenes with minor tweaks just so that a player pressing circle instead of cross will get a unique scene tailored to their decision. While I cannot say for sure, but watching Ellen Page’s portrayal of Kitty Pride in X-Men: The Last Stand, followed by the same character in X-Men: Days of Future Past, it is clear that she has grown leaps and bounds as an actress. I acknowledge that she has done other movies between those two performances, but aside from Inception, I honestly do not think the other movies she did would have been as gruelling and had required the emotional range that Beyond: Two Souls required. And Willem Dafoe is a true treasure of Hollywood and was made for difficult performances such as this.

The narrative is a very relatable one for many people, at the heart, it’s a story about a young girl who is “different”, she needs social acceptance, like any human being. Aiden, the spirit attached to her, makes it difficult. That is not to say that Aiden is an evil being, but at times he can come across as the imaginary friend that tells you to sneak a look in a secret shoebox or spill a mug just to get a rise out of somebody. The narrative is non-linear (though the PlayStation 4 version now has remix mode, which plays the story in a linear timeline), and helps us learn about Jodie’s struggles throughout different stages of her life. The game itself is perfectly paced for a non-linear storyline, as it is not an episodic game, meaning that players can take it on at their own pace and still grasp where they were last and what was revealed. 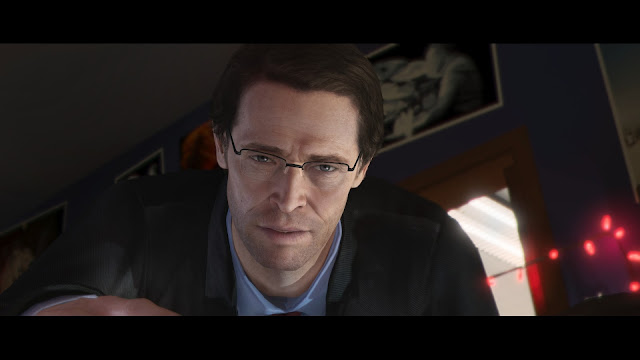 I would personally only recommend the remixed, linear story mode to those who have already experienced the story itself the way it was designed to be told, as playing through remix mode first doesn’t allow for the emotional impact that the frequently flashbacking “main” story mode does. The narrative itself has many parallels to my own life, and experiencing Beyond: Two Souls has brought up various memories of my past, as I can see that the struggles of Jodie’s search for social acceptance being very similar to those of my autistic son. There was one particular scene that involved an attempted suicide that really hit home, if it weren’t for the fact I was pushing through the game in duo mode (a form of cooperative play where one person controls Jodie while the other controls Aiden), and thus making decisions quickly and without too much thought, I would have found myself pondering over that particular decision for an extended period of time.

Related reading: At the release of the game on the PlayStation 3, Matt did an in-depth interview with David Cage on the game, as well as his personal philosophies towards game design.

Watching some scenes of Beyond: Two Souls on the PlayStation 3 proved that the ageing beast still had plenty to offer, however the PlayStation 4 version is quite simply where it’s at now. The game feels like a technical masterpiece despite it being an upgrade of a two-year old game. There are no longer any frame-issues, while Ellen Page and Willem Dafoe look closer to what one would get seeing the two in a live-action movie than ever before. The subtleties in the expressions of a simple smile conveyed through a crease near the eyes are all there to see, and it is still in many ways a leading example of what can be achieved with realistic animation.

I’d like to say that Beyond: Two Souls is for everyone. I honestly believe that anyone can enjoy it, but that there are many out there that would not approach it the right way simply because their expectations of a video game are not what this offers. I did not know a thing of Cage’s work prior to reviewing Beyond: Two Souls, but the excellent storytelling, the spot-on acting and the technical prowess that explodes out of the PlayStation 4 has made me a huge fan instantly.