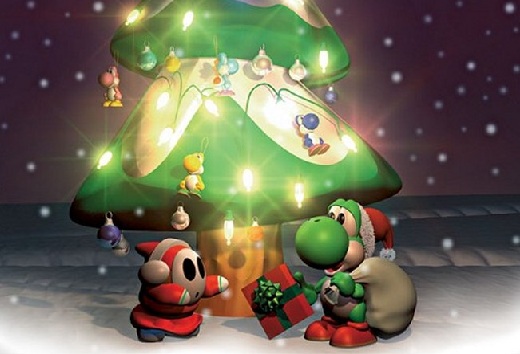 It’s that time of year again! The Christmas countdown is a tradition at Digitally Downloaded. Like the advent calendars filled with a chocolate each day, with our Christmas countdown we highlight a game each day that is perfect to help you get through the silly season.
Christmas is a time for family and friends, so it’s a good time of year to bust out the multiplayer games. It’s typically a time that people get some holidays, so it’s a good time to knock off some of those RPGs from the backlog. Every Yoshi game has been responsible for smiles around the world, but Yoshi’s Woolly World is the cutest game in existence. Everything from the yarn aesthetic to the soundtrack to the pack-in amiibo exude an aura of wholesome bliss that will make even the grumpiest of hearts grow three sizes.
It also happens to be one the finest traditional platformers in years and, as such, ought to be appreciated around the fireplace with a co-op partner and a tall glass of ‘nog.

Like past Yoshi outings, the snow levels are some of the finest in the package and feature an ensemble of wintry obstacles like snowballs and penguins that are used to full effect. Woolly World is special, though, in that it constantly rewards players with new Yoshis to play as. The likes of Frostbite Yoshi, Alpine Yoshi, Glacier Yoshi, and Blizzard Yoshi add an extra seasonal touch to a game that already oozes more charisma than should be legally permissible.