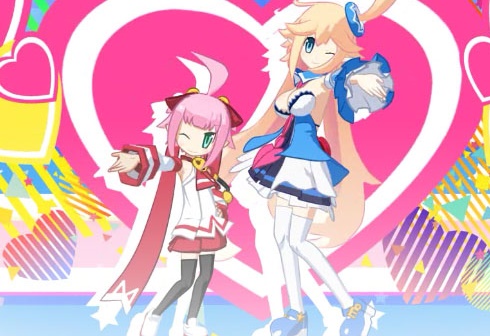 The PC used to be the gaming platform with the biggest shortage of niche Otaku games. Most of the time, PC players would be getting years old games like Ys and Recettear which small but dedicated translation groups would tackle. Fast forward to now though – we’re getting all the Hyperdimension Neptunia games on PC, we’re getting a huge variety of visual novels on PC, and we’re getting Mugen Souls on PC. Mugen Souls is an Otaku JRPG focusing on the efforts of self-proclaimed interplanetary deity Chou Chou, and her friends Altis, a demon who always accidentally does good deeds, and Ryota, the peon pilot of the crew’s airship, who set off on a quest to conquer every planet. It’s a zany, self-aware and indulgent adventure full of lots and lots of weirdness.

Related reading: This game was localised to PC by Ghostlight. You can check out an interview with one of the Ghostlight team on localisation here.

The premise in a nutshell is that Chou Chou has the power to influence things to become her peon, which will then do her bidding. This is done through a system known as “Moe Kill” (yes, you’re literally killing enemies with the power of your moe) where you need to pick certain dialogue options to make your opponents fall head over heels in love with you so that they voluntarily sign up to become peons. Weaker entities automatically transform into Shampurus – little bunnies that are so adorable you’d probably forget the harsh reality of their slavery, while strong willed characters manage to keep their human form to become party members who are a little bit too loyal to you. With this power in hand, Chou Chou sets out through the seven worlds to take on each world’s hero and demon lord in order to persuade the entire population to join her.

Every single world Chou Chou and crew visit is a JRPG stereotype. You arrive in the middle of a story which is being told, which you’ll recognise due to their heavy reliance on genre tropes, and you will proceed to wreck everything and twist the story as Chou Chou enslaves everyone without a care for how the traditional RPG story would play out. It’s a setup which is remarkably similar to Kingdom Hearts (except much less family friendly), where you’re hopping across worlds and each world has its own internalized story, but they also connect to form one grand narrative arc. This means that Mugen Souls is a game which you can pick up and play for short sessions and take breaks without worrying about ruining the experience. 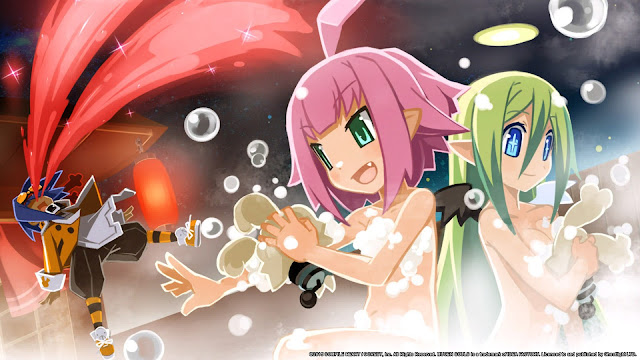 The combat, in true Idea Factory form, is frustratingly complicated because of all the different systems and mechanics which pile on top of one another. It’s turn based but on a movement field, so you choose where your character stands and that determines whether you’re in range to attack your enemies. Each character has a basic attack and some skills to use – so far simple enough. Attacks can become linked attacks in certain conditions which triggers a special flashy animation, although these are largely worthless because by Idea Factory’s logic, picking your enemy up, spinning them at hypersonic speeds and throwing them at the moon is going to deal slightly less damage than hitting your enemy with your sword once. Now skills are fairly useful in most cases – Mugen Souls has a “blast-off” mechanic where you can power up your skills to knock your enemies around the battlefield into other enemies or into the sky for extra damage. Every battle also has a crystal which generates some in-battle effects and interacts in a variety of ways with the blast-off mechanic.

Chou Chou has even more tricks up her sleeve however – she can Moe Kill her enemies, in which the game brings up a little prompt allowing you to choose conversation options which you think might seduce your enemies. Doing this can wind up making the enemies become your peons, making the enemies give you their items or making the enemies so mad that they get a massive power boost. Chou Chou can also summon a peon ball to do massive damage based on how many peons you have made, although this attack can backfire and wipe your entire party if you’re unlucky. All this adds together to mean that there’s a lot of different options to fight, although it’s generally alright to just level your characters up and use basic attacks. Players who want to use strategy can, but it’s a shame that these players aren’t really rewarded for their efforts much.

Another key mechanic which influences both combat and exploration is Chou Chou’s ability to switch between personalities. There are seven personalities in addition to her normal one, and each corresponds to some kind of character stereotype. You can switch between these types in combat and in the world to improve your chances of moe-killing enemies, since you’re specifically targeting their preferred type. This is explored at length in the game’s story and it’s actually rather hilarious. 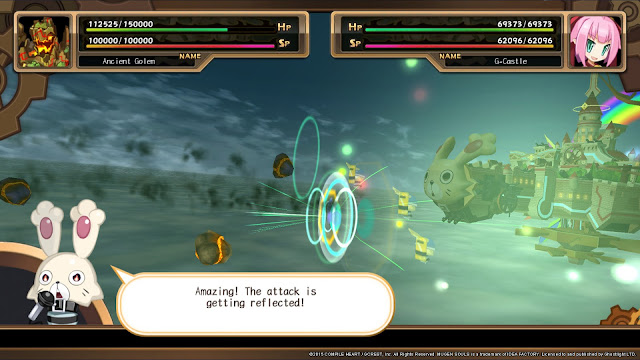 The story is completely linear however and your progression is gated by the worlds’ structure. The worlds are all represented as small locations in which random encounters and treasure scatter the landscape. Walk around the space, talk to everyone, loot everything, and eventually you’ll run out of things to do. Now normally in an RPG you’d find a canoe or a ship or an airship or something to take you somewhere else, but Chou Chou is too haughty for your stock standard means of transport. Instead, she’s going to make the continent a peon and move it so that it becomes connected to the next continent. Convenient, no? You do this by moe-killing some significant inanimate objects in the continent (but really just a bunch of rocks, shrubs and lamp posts) until the entire continent decides to become your slave. Then you just stroll on over and repeat the process.

When you travel between worlds, you’ll have to fight airship battles which I felt lacked the complexity of normal combat. You have three main actions – attack, pierce and reflect, which work in a rock paper scissors format. Your ship’s strength is determined by the amount and they types of peons you have, and later on in the game you’ll unlock more options in these battles.

The graphics are bright and colourful, and the music is the standard Idea Factory fare. Neither were bad, although there weren’t a lot of moments where I really had my jaw drop. The super-deformed art style is not really to my tastes, although I do admit the character models and 2D art are high quality. You also get a lot of customisation options with the various equipment you come across, so you can dress your characters up in any way you like. The game actually boasts a fairly decent English dub, which I actually preferred over the Japanese since the little combat quips and anything spoken outside of a cutscene are not subtitled. The English dub isn’t particularly high budget though, so there are some characters who were originally voiced and now aren’t. The PC port itself is optimised excellently as well, and can run smoothly on older machines without trouble. I had my gripes with the keybindings though, so controllers are recommended. 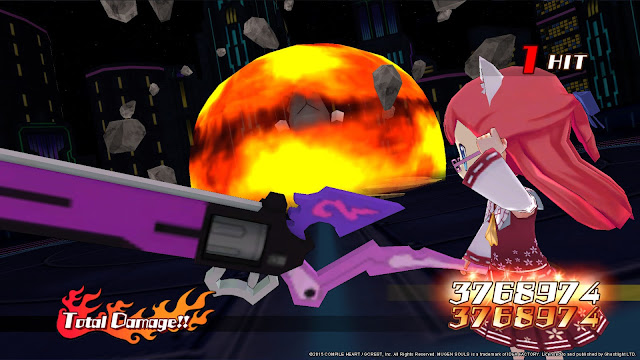 Related reading: You can also check out our review of the original PlayStation 3 release of the game here.

Before I wrap up though I do need to make a mention of the sexualized nature of some of the scenes – I do think there will be players who will find the age of the characters and the rampant nature of the sexual humour a bit excessive. This is a game which starts with a bathing scene so you know full well what you’re getting into. There are actually some elements that were deemed in poor taste and were removed in the localization process (and it’s not my call to say whether that was a good or bad idea) so there’s really nothing too explicit aside from some offbeat humour and lewd costumes.

Mugen Souls is a hard game to write about because even though it doesn’t click with me, I can’t pin down any of the design choices Idea Factory have made as objectively bad, but rather just pandering for a very specific audience. I know enough to not complain about overcomplicated and underutilized combat systems by now, as well as the more questionable choices of equipment and clothing, but both of those elements have genuine care put into their design which is admirable to even a non-fan. So this is all I’ll say: Mugen Souls is a game that’s great at pushing buttons. Not everybody’s buttons, not my buttons, but someone out there is going to get their buttons pushed so hard by adventuring with Chou Chou and Altis.